A new chapter in the Swiss watchmaker’s iconic Polo name has arrived, and this time it comes with some serious high jewellery savoir faire.

The Piaget Polo may be a name that has long celebrated the philosophy of living on the fun side of life, but today its name has slowly reached into the upper echelons of high jewellery.

That culminates in the arrival of a distinct women’s model in the latest Polo Date 36mm collection – the Piaget Polo Date High Jewellery watch featuring a staggering 1,756 exquisitely cut diamonds paired to a white gold case and bracelet.

No shortcuts were taken to ensure the Polo Date name was elevated to its highest order, but in order to understand the model’s significance, a short walk down memory lane is necessary. 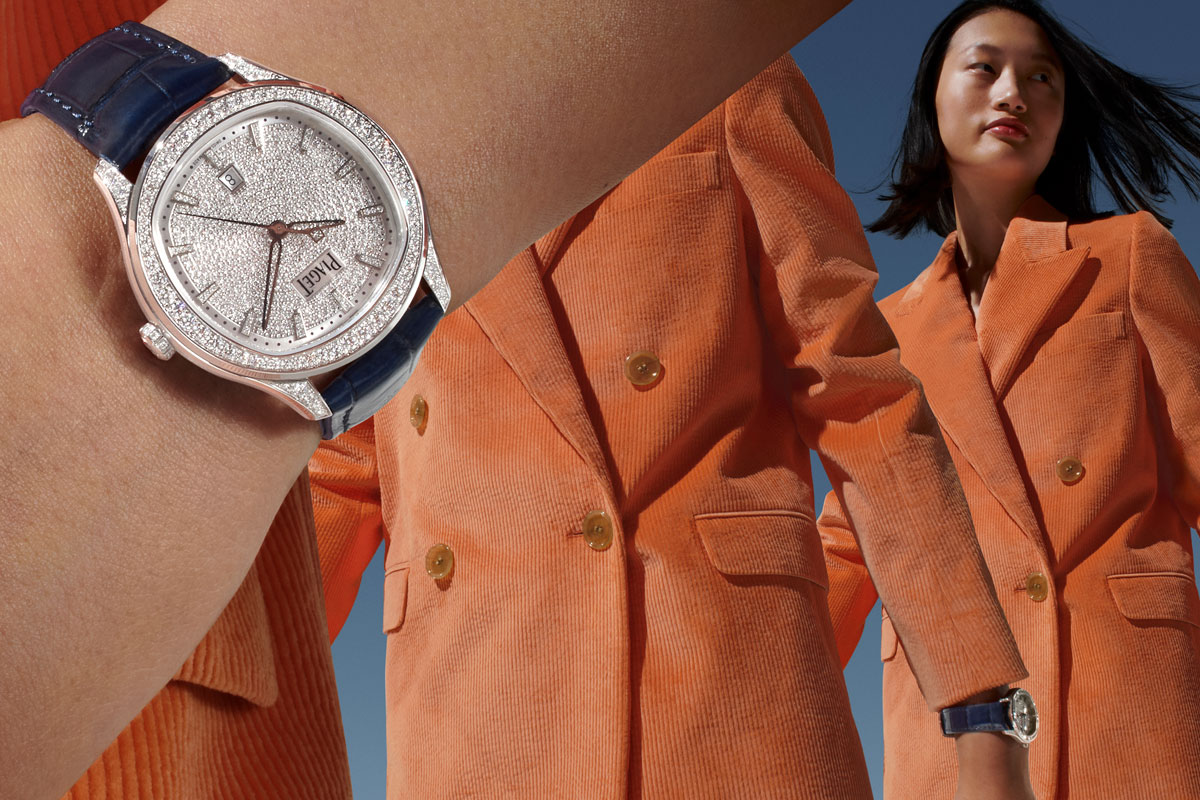 Sun, glamour, fashion, fun and sport are just some of the words that defined a modern era in luxury and during the 1970s there was a breakaway group who pioneered this very movement. This collective decided to forego the outdated design codes of yesteryear by opting for a new, sportier, and more relaxed form of elegance. Their partner in crime was of course the Piaget Polo.

This particular timepiece found itself at the centre of the party in Studio 54 on the wrists of iconic figures like Andy Warhol. Its chic style would also lend itself to names like Roger Moore and celebrity couple Bjorn Borg and his wife Mariana. The watch became more than just a way of keeping time, it encapsulated a moment and emotion in history.

That same emotion of exuberance and style is evoked in the modern Piaget Polo pieces of today. 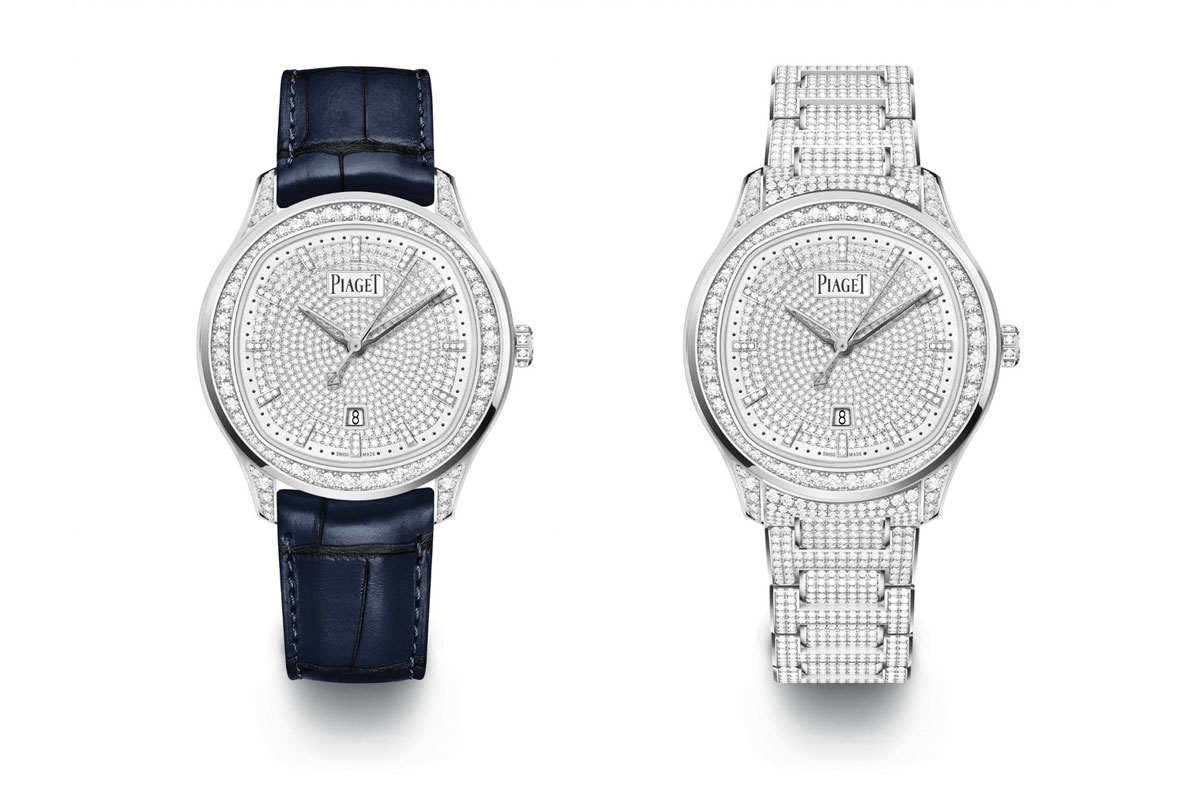 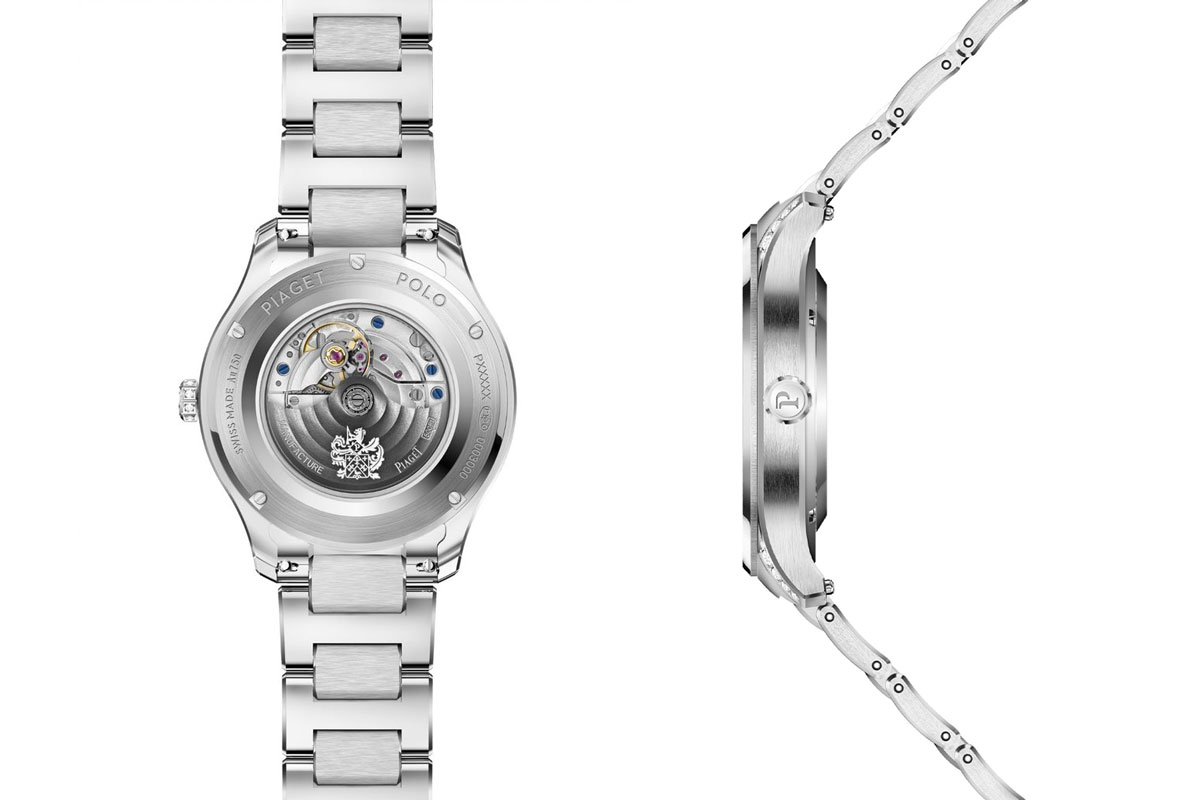 The Piaget Polo Date in 36mm takes the spirit of this historic collection and reinterprets it in an entirely new way. The original 1979 design brief of creating a sophisticated daily watch that carried style, casual elegance and freedom still stands, albeit with fine watchmaking at the heart of the newest iteration.

This culminates in a stunning women’s flagship timepiece bearing the signature rounded bezel and cushion shaped dial, further elevated with 1,756 paved diamonds generously spread across the bezel, crown, dial and bracelet. The case itself features a sapphire crystal case back and is set in luxurious 18-karat white gold. Its case size is crafted to a very wearer-friendly 36mm.

Powering the timepiece is Piaget’s own 500P1 self-winding mechanical movement, which delivers hours, minutes and seconds functions alongside a date window at the six o’clock mark. It also delivers a power reserve of 40 hours to ensure precise timekeeping off the wrist for almost two days. The size of this slim movement also aided in the watchmaker being able to accomplish the Polo Date in such a svelte profile. Despite its hefty gem setting features, the watch still only measures in at 8.8mm thick.

While diamonds can make the ultimate statement, Piaget have also offered this particular flagship piece in a more pared back version which switches out the diamond bracelet for a dark blue alligator strap. Both versions come with a 50 metre water resistance rating for peace of mind.

Visit Piaget to register your interest.