Porsche and TAG Heuer debut their first ever collaborative timepiece

The arrival of the TAG Heuer Carrera Porsche Chronograph marks a creative partnership decades in the making, with countless victories and iconic stars forming a rich heritage. 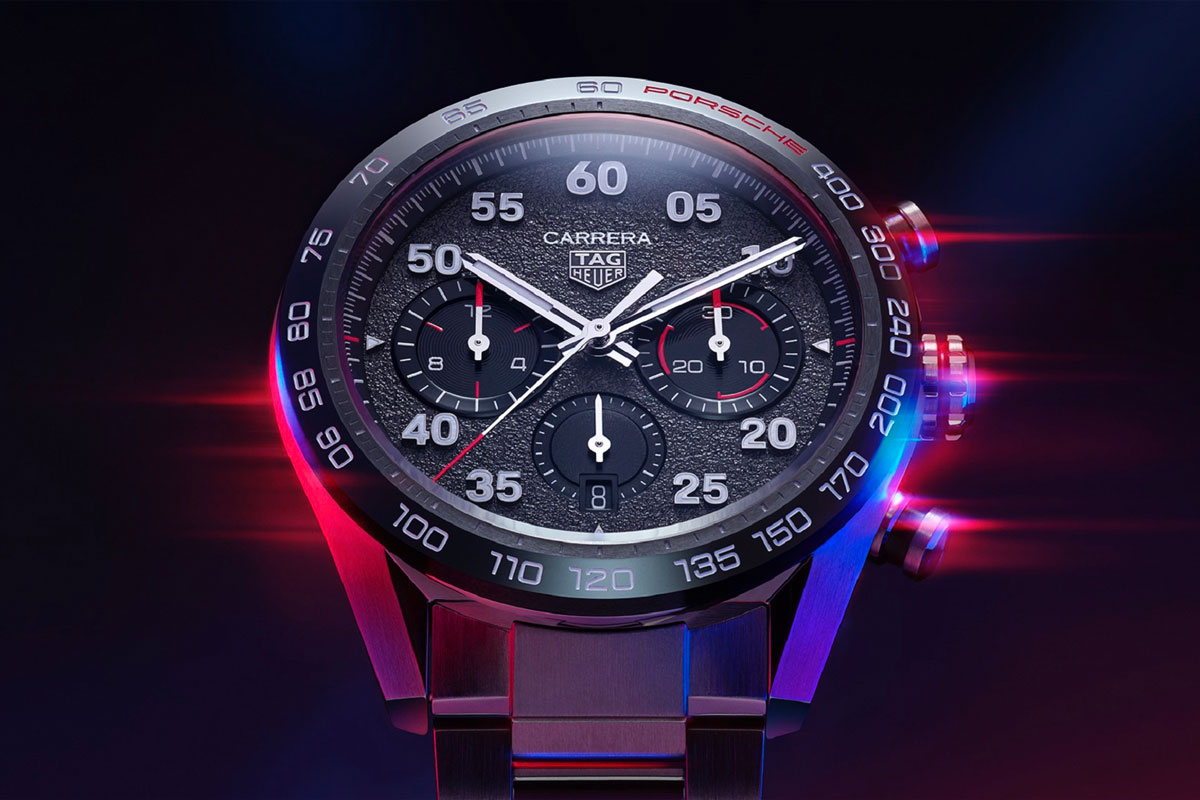 In the world of luxury, not many crossovers are as iconic as Porsche and TAG Heuer. Both names have had intersecting stories for more than half a century which spans the entire golden era of motorsport. The interesting fact, however, is that even with these close ties across decades alongside similar origin stories, both Porsche and TAG Heuer have never officially partnered up for a project – until now.

“Like Porsche, we are disruptors at heart, always in pursuit of high performance,” explained Frédéric Arnault, CEO of TAG Heuer.

“With this alliance, TAG Heuer and Porsche finally come together officially after decades of close encounters and will create unmatched experiences and products for customers and fans that are passionate about both our brands and what we stand for.”

A history lesson in speed and innovation 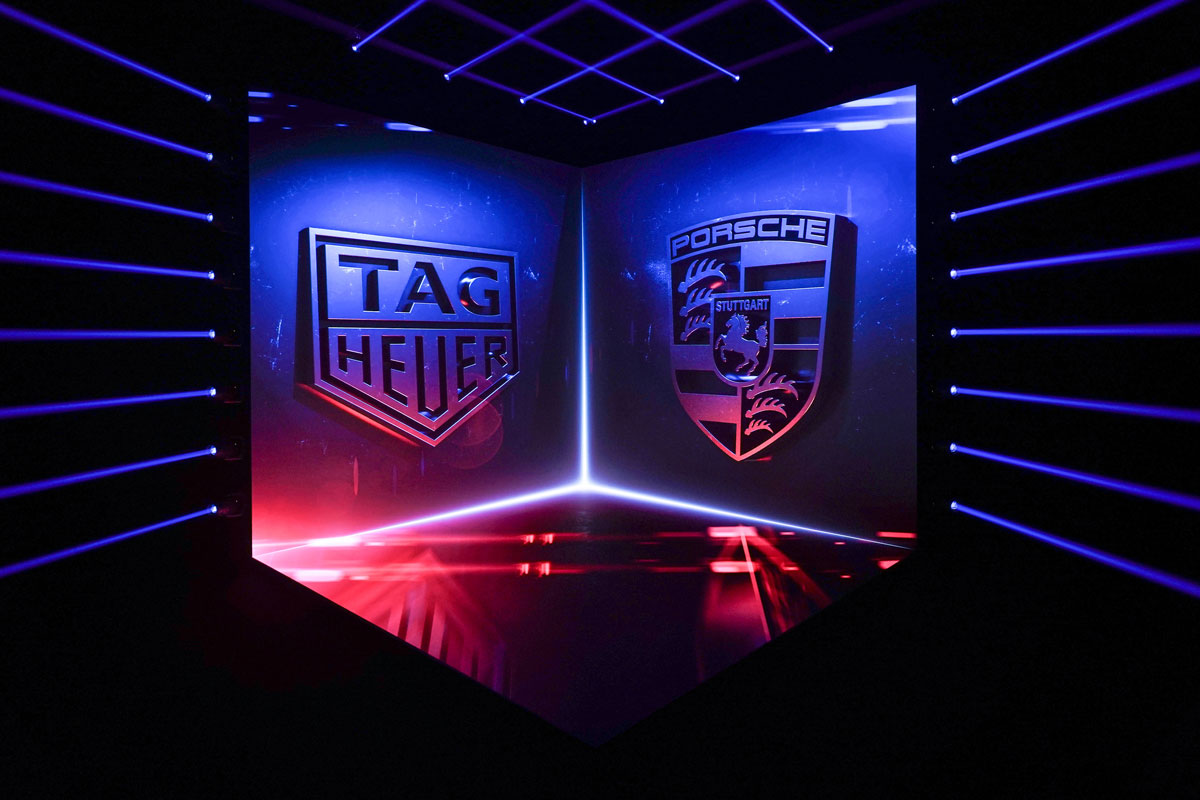 The similarities in both companies can be traced back to the earliest entrepreneurs behind Porsche and TAG Heuer. Edouard Heuer introduced the world to the first manufactured chronograph in 1882 while Porsche constructed a new electric wheel hub motor in 1899 that would make its way into the first Lohner–Porsche Electromobile. Both of these accomplishments would earn medals at world’s fairs held in Paris 11 years apart.

However, it was the descendants of these entrepreneurs that would truly put the family name on the map. Ferdinand Porsche’s son, Ferdinand ‘Ferry’ Anton Ernst, joined his father’s engineering office in 1931 at the age of 22 and founded the car brand that bears the family name in 1948. Within a few short years, the Porsche name would begin its domination with racetrack successes from around the world. One of the most notable victories would include the Carrera Panamericana race of 1954. In honour of its class win, Porsche would name its most powerful sports car engine at the time ‘Carrera’.

Meanwhile, Edouard Heuer’s great-grandson Jack headed the family’s company for decades. By 1963 he would unveil the first Heuer Carrera chronograph, a watch designed to let drivers tell the time at a glance in the heat of racing. The Heuer Monaco would shortly follow as the first ever square-cased automatic chronograph timepiece that was water-resistant. Its name evoked the Monaco Grand Prix as well as the principality’s renowned Monte Carlo Rally, a race which Porsche won in three consecutive years with its 911 model.

The relationship would continue to blossom indirectly with the assistance of Switzerland-based racing driver and Porsche dealer Jo Siffert, who convinced half of the paddock to wear Heuer watches by the end of the 1969 season. This synergy between Heuer, Porsche and Siffert would allow the Monaco watch to reach an enviable motorsport status among racers – a status which would garner the attention of Hollywood actor Steve McQueen. The ‘King of Cool’, as he was known, would choose to wear the Heuer logo on his racing suit along with the Monaco timepiece while he was behind the wheel of a Porsche 917 for the 1970s film Le Mans. The rest is history. 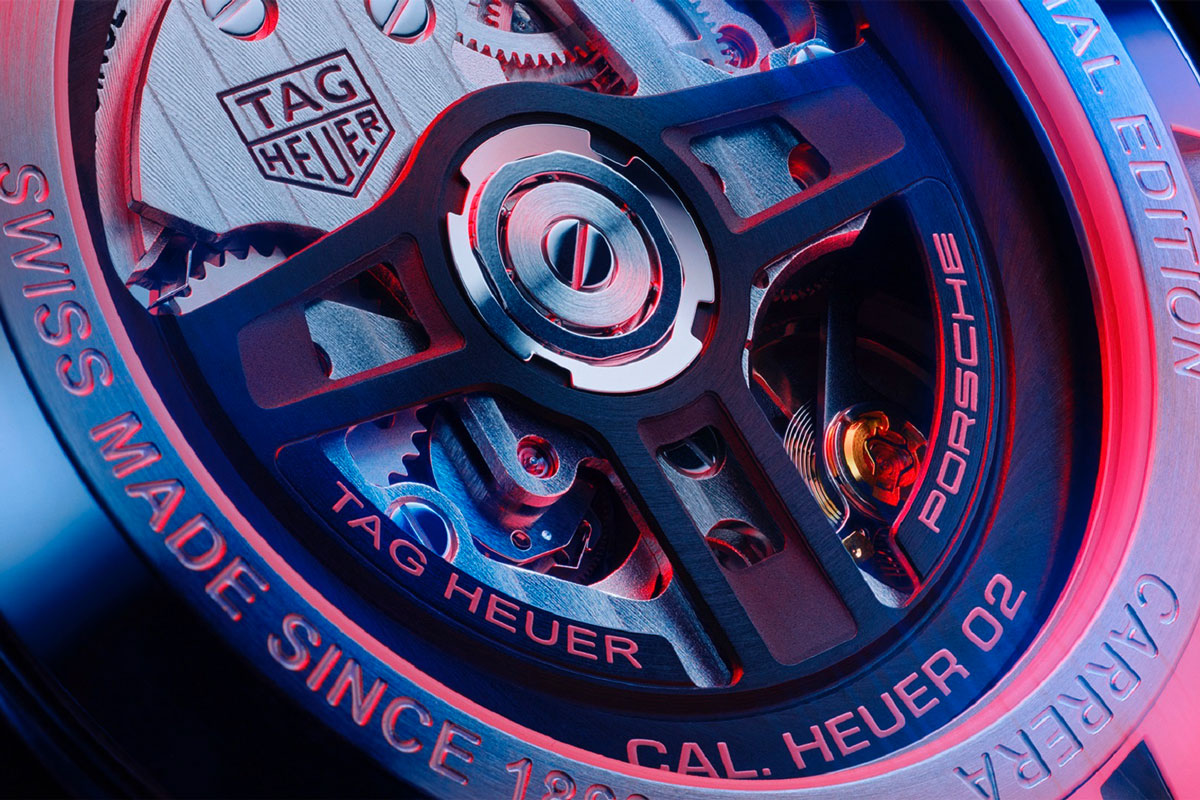 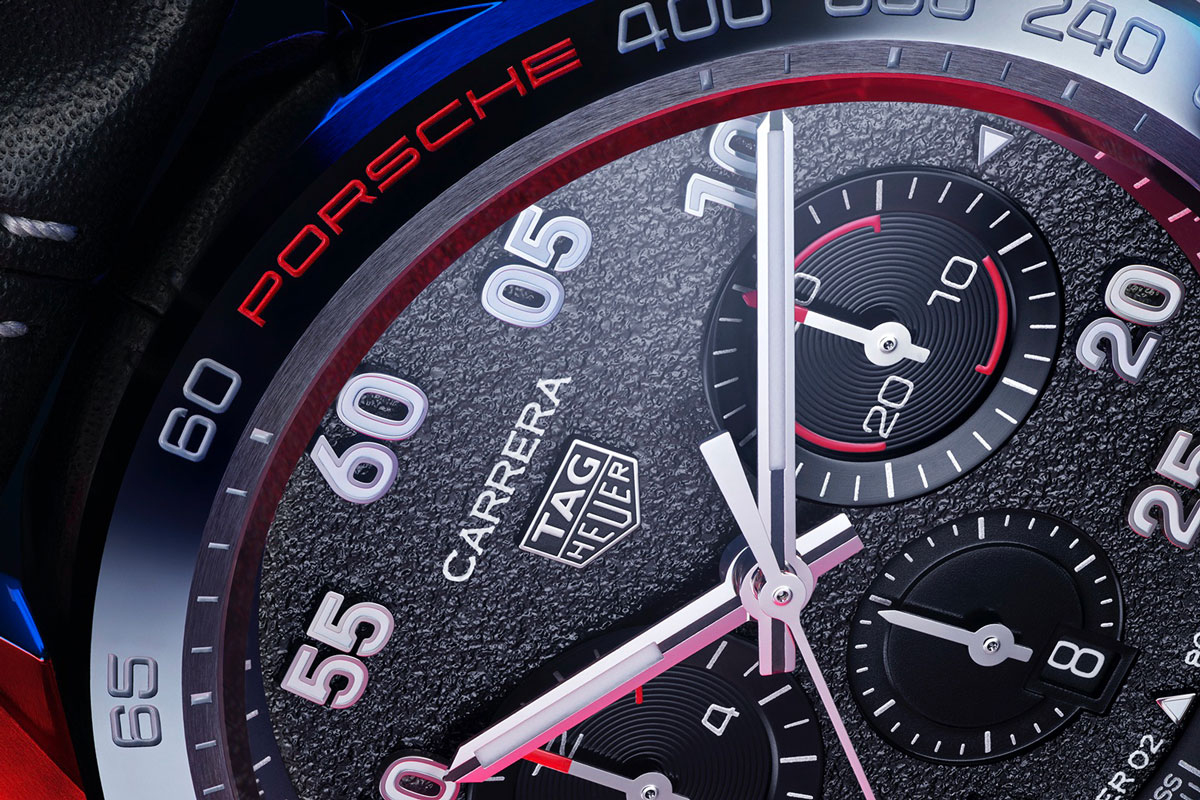 The contemporary years have continued to bring success to both Porsche and Heuer. When Heuer was sold to the TAG Group in the 1980s to become known as TAG Heuer, the two jointly developed the TAG Turbo Engine, which was used by McLaren to win three consecutive Formula 1 world titles. It was the start of a fruitful collaboration that would extend further into Formula E as well as other ventures such as golf and tennis.

The arrival of the TAG Heuer Carrera Porsche Chronograph marks a creative partnership decades in the making. The timepiece is a true tribute to the rich heritage of both names and showcases what’s possible between their creative synergy.

The watch features key Carrera elements, from the 44mm brushed and polished steel case to the signature bezel, which now wears Porsche’s engraved inscription in red. The Porsche colours of red, black and grey, which also give nod to historic Heuer models, are also implemented throughout the timepiece.

Further insight into the inner workings are given by the Calibre Heuer 02 Automatic chronograph movement that is on full display via a transparent crystal caseback. A key feature is the oscillating mass, which has been redesigned as a tribute to Porsche’s celebrated steering wheel.

Finally, the grey dial is finished with an asphalt effect that’s crafted especially for this timepiece, while the numerals mimic the numbers on the dashboard of fine Porsche sports cars. Wearers can choose between a calf leather strap with stitching similar to the interior of Porsches or a classic steel bracelet.