The legendary Formula One race in Monaco is cancelled for 2020, but that hasn’t stopped TAG Heuer from debuting its newest marvel: a celebratory limited edition of the timepiece that once graced the wrist of Steve McQueen. The year was 1971 when American actor Steve McQueen handpicked the TAG Heuer Monaco to be his ride or die on the set of the iconic racing film, Le Mans.

Since then, the luxury Swiss watch bearing an equally distinctive square case has seen multiple iterations over the decades, along with a dedicated following from fans of the golden era of motorsport. What stands to this day is the watch’s association with the glamourous Formula 1 Monaco Grand Prix – arguably one of the world’s most famous racing events after which the model is named.

As the official sponsor and timekeeper of the Grand Prix de Monaco Historique, it’s no surprise that this year sees a limited-edition release of a special TAG Heuer Monaco timepiece, which was intended to coincide with the now-cancelled 2020 Monaco Grand Prix. 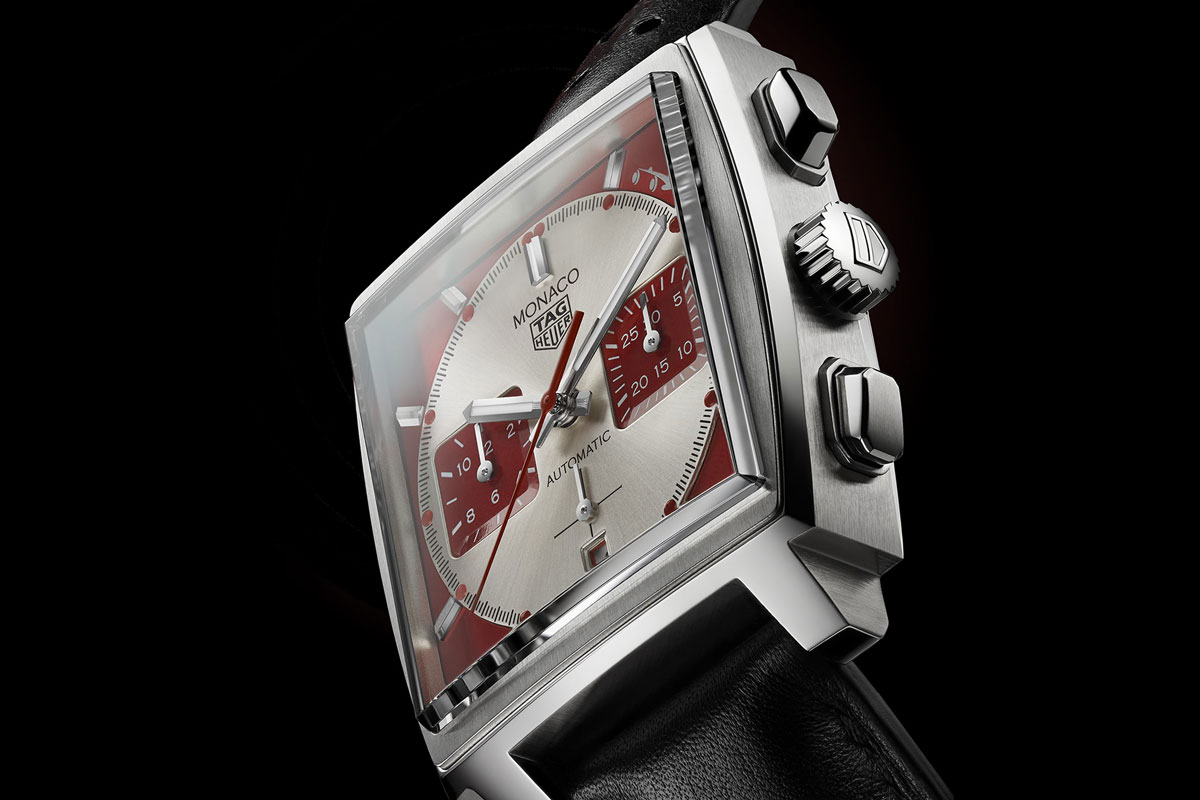 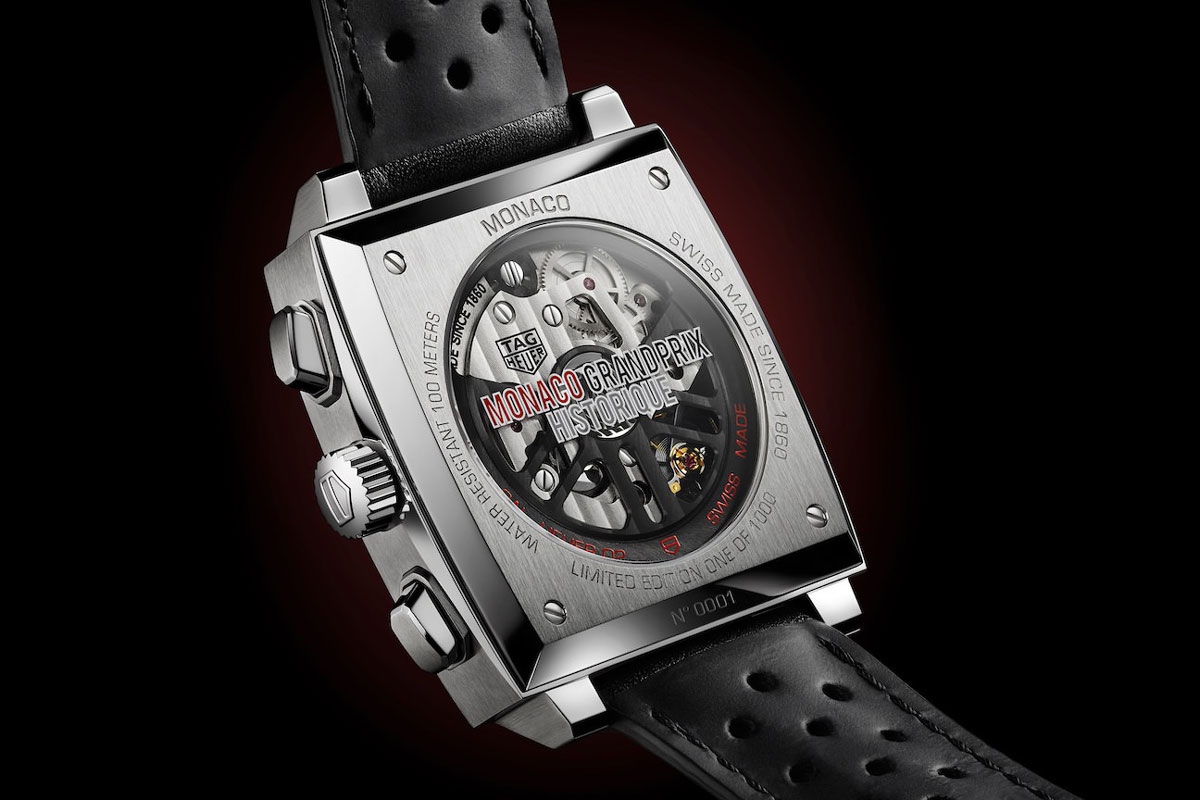 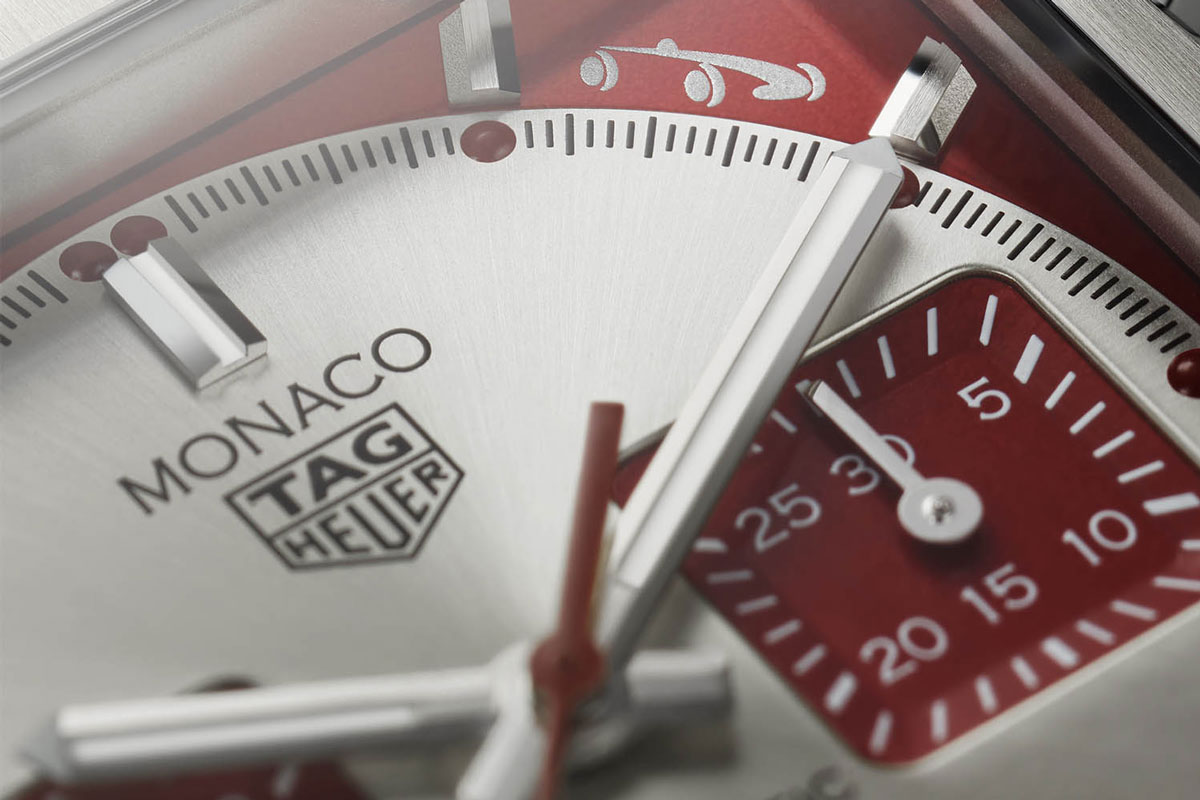 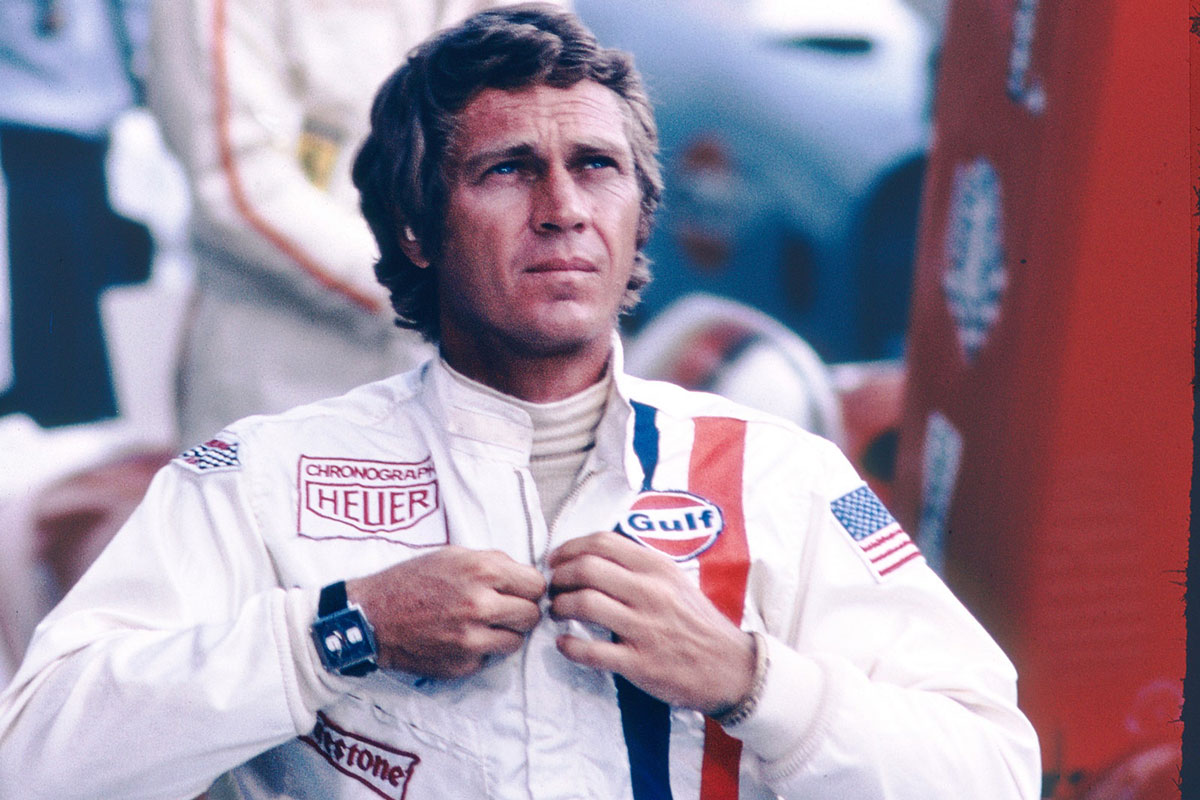 Not to be beaten by a global pandemic, the watchmaker has forged ahead to unveil the TAG Heuer Monaco Grand Prix de Monaco Historique. Limited to just 1,000 pieces, the watch features a striking silver-on-red dial paired with a racy perforated black leather strap. The bold design alone should get any motor racing enthusiast excited but as always, it’s also what’s inside that counts.

The 39mm stainless steel case features a sapphire caseback that shows off the Calibre Heuer 02 movement, along with a ‘Monaco Grand Prix Historique’ marking to ensure future collectability.

The modern movement offers hours, minutes and seconds functions alongside chronograph counters at 9 o’clock and 3 o’clock. An additional date window and central chronograph seconds counter also sits at the 6 o’clock marker. These appointments are presented on a rhodium-plated brushed sunray dial complete with red hour dots. The outer dial meanwhile is finished in a bright crimson with a small motif – the Grand Prix de Monaco Historique race car logo, painted in silver.