Rolex's sister company just joined the dark side and it's never looked so good. Those who are familiar with the Black Bay model will notice that this release is a hybrid that effortlessly marries the watch’s aquatic heritage of the 1950s with the racetrack-derived chronograph function. The result is a sleek sports watch that exudes plenty of character for out-of-office duties.

The highlight of the new Tudor Black Bay Chrono Dark is its black PVD coating with a satin-brushed finish extending from the 41mm case to the steel bracelet. The PVD coating itself is thin-film technology derived from NASA.

On the face it’s all about contrast, with white tachymeter markings offset by the black dial. The hour, minute and second hands are all finished in white, while a date window sits at 6 o’clock with twin chrono counters at 9 and 3. 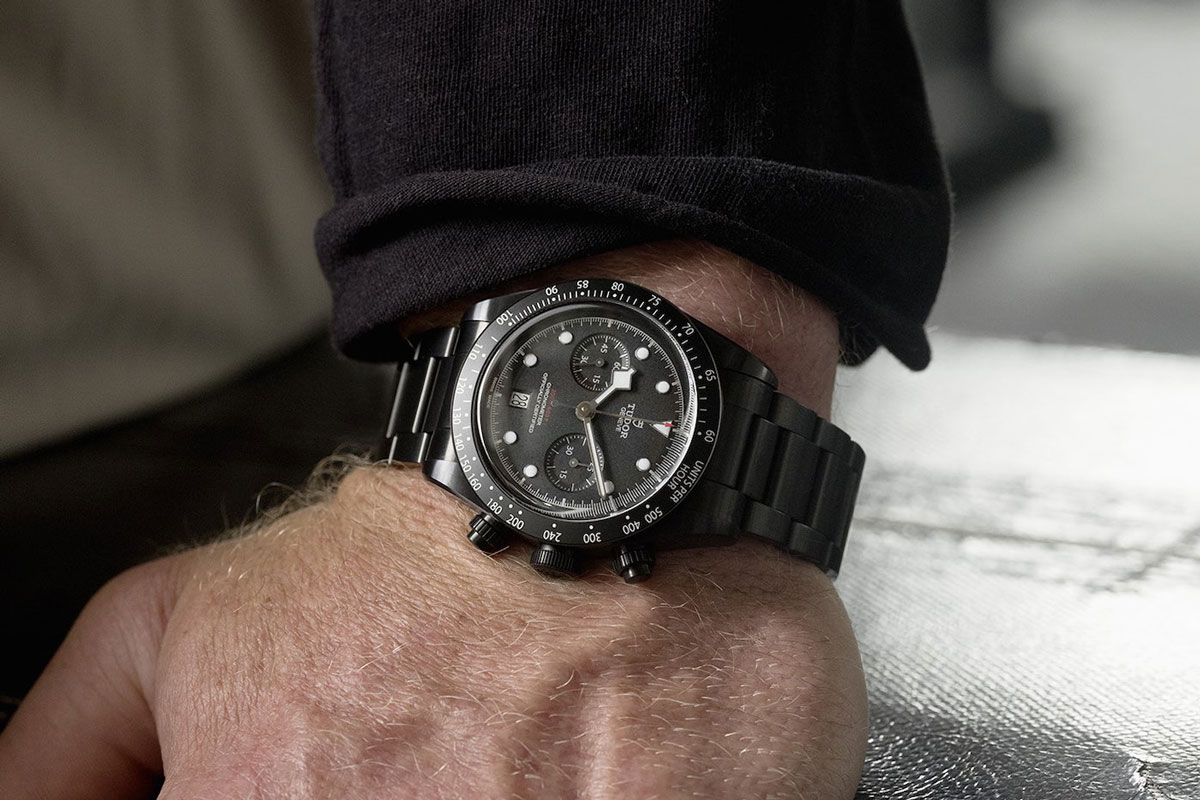 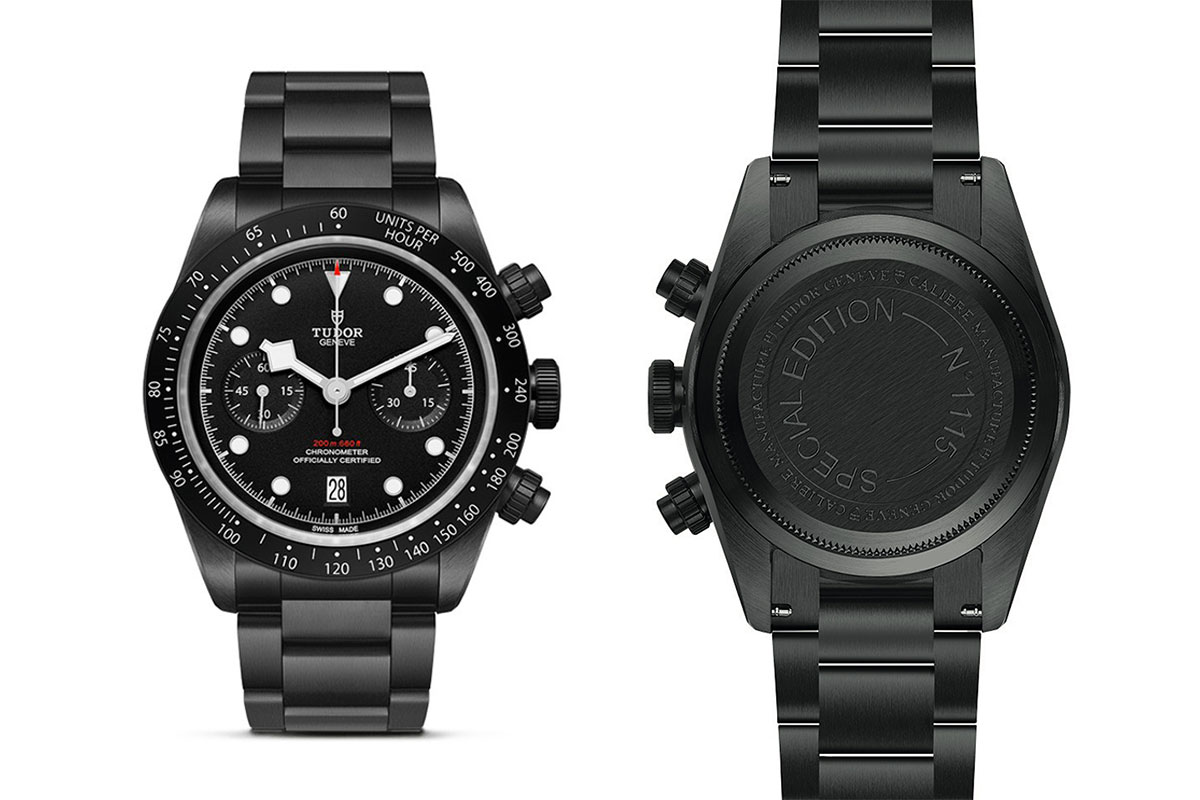 Driving these features is Tudor’s COSC-certified Calibre MT5813, a self-winding mechanical movement that ensures the highest standards of timing precision and reliability. The power reserve of this movement also affords a very respectable 70 hours.

Those who are keen to take the watch for a spot of diving will be glad to hear that the Black Bay Chrono Dark is also rated with 200m water resistance.

Another appointment that watch fans will appreciate is the oversized winding crown with an engraved motif, a feature that pays homage to the very first generation of Tudor diving watches.

Naturally, the colourway is a reference to the All Blacks rugby team, which Tudor has supported since 2017. This is highlighted in the special caseback engraving that indicates the limited edition serial number.

Those who fancy one for themselves, take note of a rather unconventional limited production run; Tudor will produce one unit for every player that’s ever played for the All Blacks. That means 1,181 players – and therefore pieces – to date since the team’s conception in 1903. If a new player is chosen to play for the team (within a set timeframe) then the production run increases by one.

The watch is now available via Tudor for AU$7,470.