Can a luxury watch be a smart investment during tough economic times? We wanted to find out, so we enlisted the help of luxury watch expert, Eric Wind to give his insight into the current market. 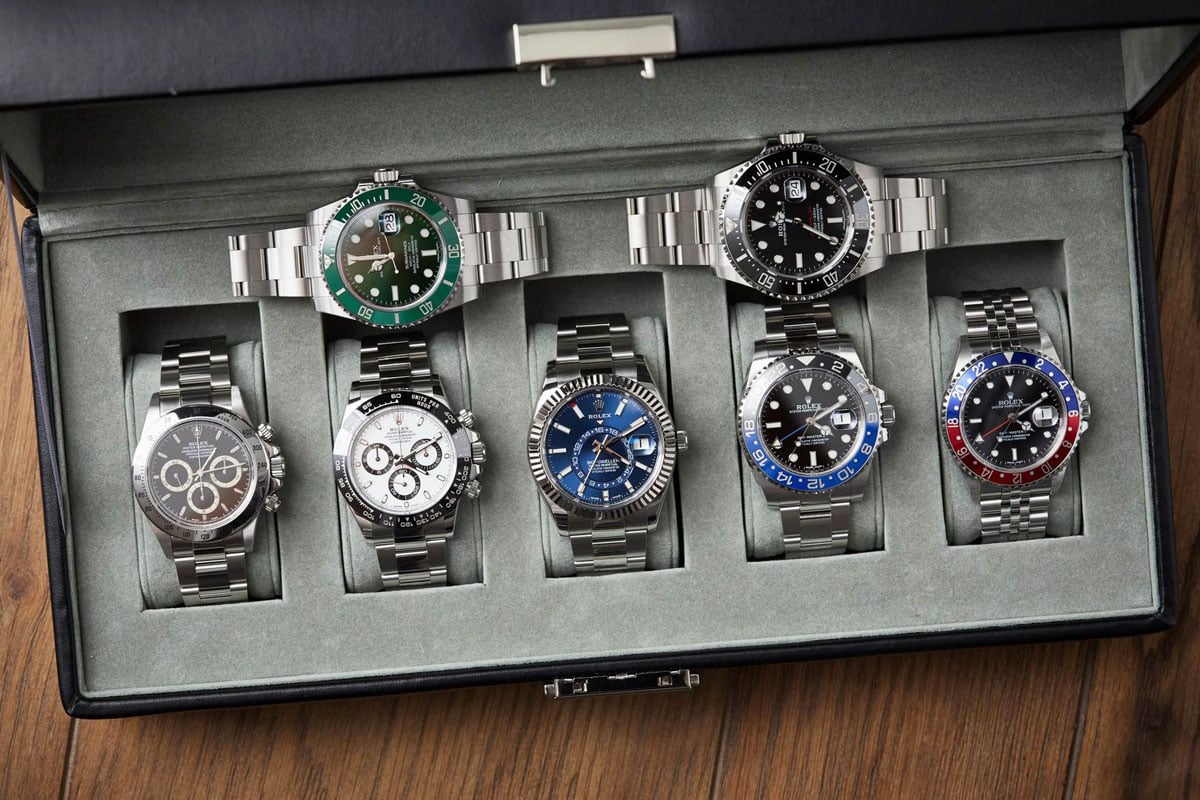 Uncertain times often fosters instability across various industries and the luxury vintage watches are no different. With businesses being faced with unprecedented challenges, The CEO Magazine wanted to take a look at whether the same effects were being felt at the pointier end of the luxury watch markets.

Helping to uncover the finer details is Eric Wind, the former Vice President and Senior Specialist for luxury auction house Christie’s and the current owner of Wind Vintage, a firm which specialises in offering some of the world’s most sought-after timepieces and advisory services to prominent watch collectors. 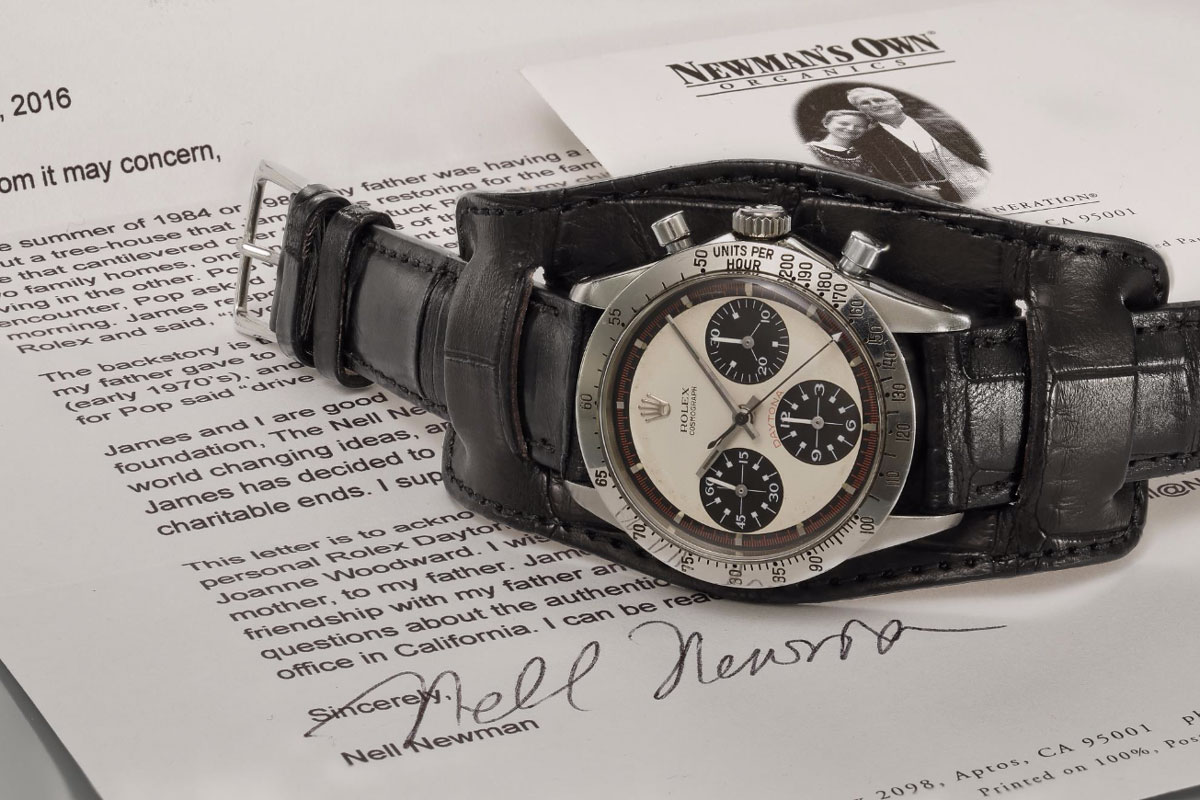 As many people grapple with job losses or the prospect of it, there arises the question of sound investments and where best to put savings in order to maximise future returns. Like high-end whisky or classic cars, the concept of investing in luxury vintage watches is nothing new, but for those thinking about entering the market during these uncertain economic times, Wind has some sage advice.

“I am generally cautious about using the word ‘investment’ in the same line as watches, but I do think vintage watches can be a great store of wealth and have a lot of potential to rise in value,” says Wind.

Maximising your returns does, however, require that investors do it right. Meeting a specific criteria regarding the watch’s condition is the biggest factor. Wind says a watch worth investing in needs to be both special and in excellent condition in order for it to have a chance of appreciation.

“I have sold a number of significant watches since the quarantine began here in the United States and am happy that vintage watch sales are continuing,” he adds. 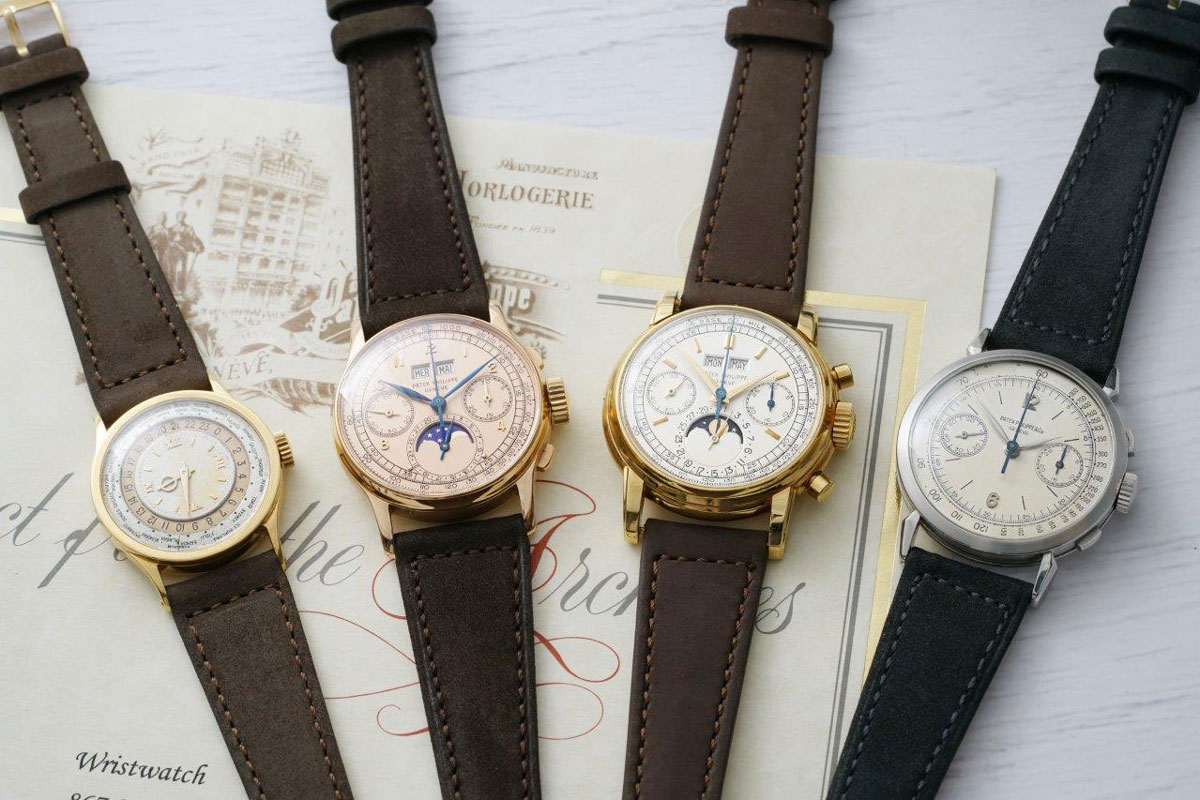 Jean-Claude Biver's Patek Philippe collection is expected to fetch US$6.8 million in an upcoming auction

Rolex and Patek Philippe are the two major names that continually dominate the auction market and generally have the most stable resale value, according to Wind.

There are, however, other watch brands that have a loyal and passionate collector following including Audemars Piguet, Cartier, Heuer, IWC, Omega, Universal Genève, Vacheron Constantin and Zenith.

The best way to understand how this works is by comparing names like Rolex and Patek Philippe to large stable company stocks on the S&P 500.

“There is a lot known about the companies, there’s tons of analysts dedicated to their every move.

“Meanwhile, with emerging vintage watch brands, such as Enicar, it is like investing in exotic smaller companies with fewer analysts and following, but with a lot of upside.

“I think for those that are thinking of their watch collection as a portfolio, it makes sense to have an array of brands and pricepoints represented in the collection, rather than putting all their eggs in one basket so to speak.”

Who should be investing in watches 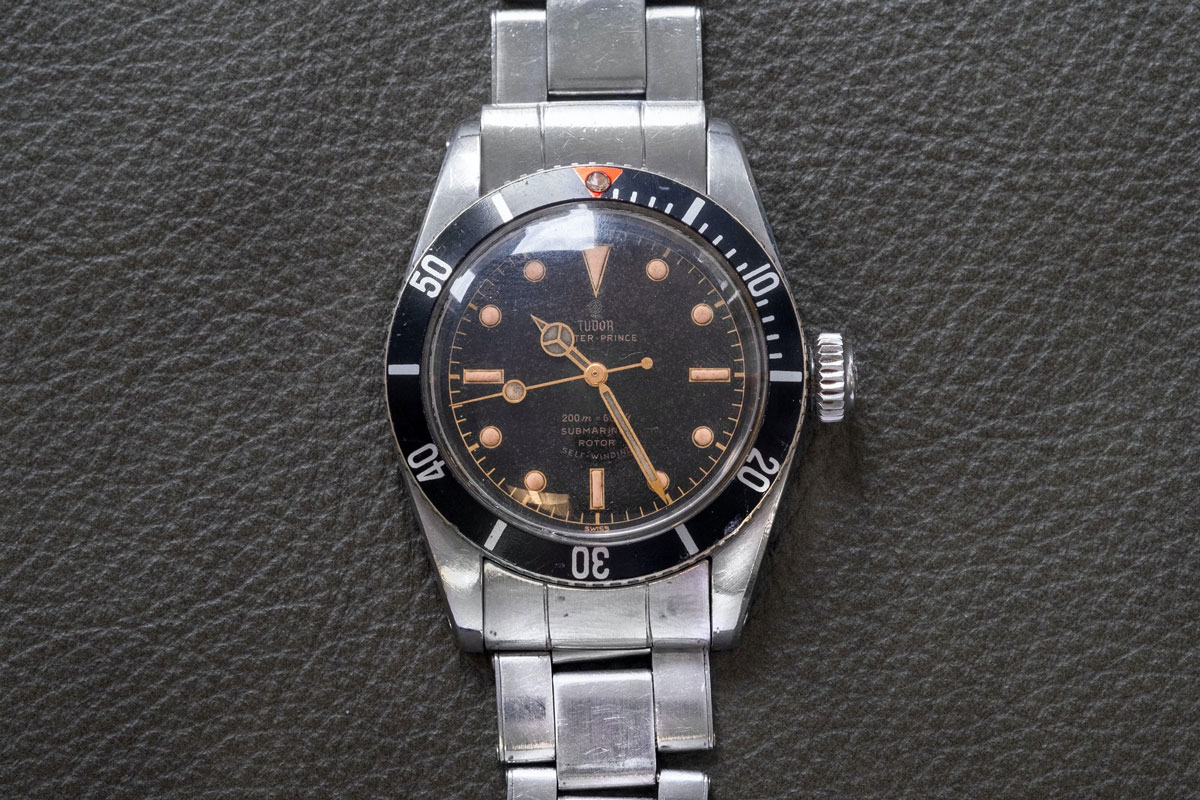 Select luxury vintage watches are known to hold their value in fluctuating markets. This is in part due to the high net worth of individuals who buy, sell and invest in these types of goods alongside a healthy degree of supply and demand. Needless to say, those thinking of investing need to do their homework and know what they’re doing.

“I think the people that really eat, sleep and dream vintage watches are continuing to buy if they have the financial ability to do so, but the casual observer or buyer who is maybe more interested in a watch as a fashion accessory is less likely to buy now than a few weeks ago,” says Wind. An early IWC design is the sought-after Portugieser Ref. 325

Given the volatility of the market at the moment, it’s hard to imagine anyone buying or selling big-ticket items. For those who already own an investment watch and were thinking of selling during a downturn, Wind has some advice: think twice.

“On the watch side, if someone has a collection of modern watches that are ‘over retail’ – discontinued but currently sell for over the retail price; a group of pieces from Rolex, Patek Philippe or Richard Mille – they should consider selling those if the money is significant to their financial situation.”

“This could be an option, since I don’t foresee much positive movement on those in the second-hand market.”

Wind notes that caution should once again be taken here as a lot of modern steel Rolex sports models and steel Patek Philippe models on the market have been dropping a bit in price. “I have always felt this huge ‘over retail’ trend among certain models was a little absurd for current production watches.” 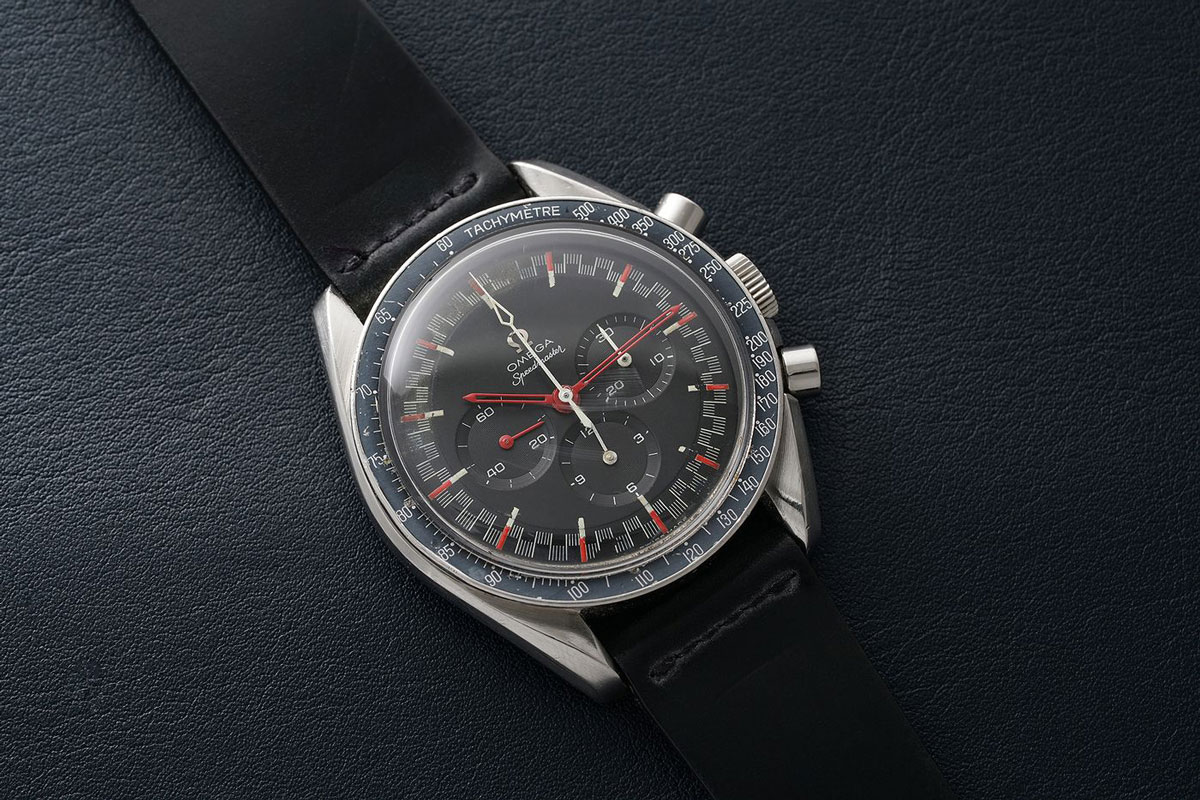 There’s a general perception that good vintage watches are easy to come by, but this isn’t entirely true, according to Wind.

“I actually believe it is the opposite. Those great watches that are in collectors’ hands are less likely to come out now, given the market uncertainty, than in a booming market when someone may be willing to part with something if they get a strong enough offer.”

“It’s similar in other markets whether that be art, cars or exceptional collectables such as coins, sports cards, stamps and comic books. Watches have a number of positive attributes compared to things like art or cars. They are generally easier to store, easier to insure and easier to transport. If you are looking for a very specific and expensive watch, it is helpful to have a dealer or adviser who can help you find where the right one may be.” A lockdown on a global scale can do some serious damage to big Swiss watchmaking names and the industry in general. Wind says that on the modern watch pricing side, the only positive from this lockdown is that second-hand watch values will hold well since all Swiss watch companies have shuttered production for weeks and potentially months.

“Normal watch production won’t be pumped out during a crisis, unlike in the past.”

“The negative, of course, is that the companies are losing tons of revenue and their watchmakers and staff are sitting at home, unable to do their work. This will be a catastrophic year for watch companies, I expect, with them having to do major cutbacks on staff and advertising.

“I think it will have broad implications on the whole modern watch ecosystem, but I do not think this will affect the vintage watch market.”

When the watch industry will recover Wind thinks that it could take years for the watch industry to recover, depending on how long the pandemic and ensuing lockdowns last. In the worst-case scenario, some brands might be wiped out altogether.

“I expect that a number of smaller watch brands and retailers will not make it through this and will have to file for bankruptcy, as happened after 2008 and, to a much larger extent, during the Quartz Crisis of the 1970s.”

Read next: How Rolex became the watch of the world’s most elite golfers