Nigeria has one of the lowest entrepreneurial gender gaps in the world.

Being an entrepreneur is tough. Making it big is even tougher. And then if you’re a woman, the odds are stacked so high against you, it makes it even tougher still.

Despite the arduous roadmap to becoming your own boss, female entrepreneurship is on the rise in some countries.

Globally, there are fewer female entrepreneurs than men. The largest entrepreneur gender gap is seen in the US at 24 per cent, followed by Russia at 18 per cent, and the UK, Italy and Australia all recording a 13 per cent gap.

Nigeria has the lowest entrepreneurial gender gap with a difference of just one per cent, followed by Japan and Mexico at four per cent.

Just as it didn’t stop 27-year-old Madame Clicquot from taking the reins of Veuve Clicquot when her husband died in 1805 (at a time when women weren’t allowed their own bank accounts), lagging equality and differing challenges aren’t stopping 21st century women from confidently stepping into startup shoes.

In fact, the study found the main reason women want to become entrepreneurs is for financial freedom.
“In most of the countries surveyed, female wantrepreneurs [someone who wants to be an entrepreneur] view entrepreneurship primarily as a good way to earn more money, even if that is not the reality of it,” the study states.

In 2021, 33 per cent of Russian women believe entrepreneurship is a good way to make more money.

One of the biggest challenges to attracting women to establishing their own startups is the lack of role models – more precisely, female role models.

There is certainly no shortage of male thought leaders to rattle off – Bezos, Buffett, Gates, Musk, Jobs, Ma … but women? In France, as little as 17 per cent know the name of a successful female entrepreneur, compared to 31 per cent for male entrepreneurs. In fact, it was Oprah Winfrey who was the most popular recognised businesswoman globally.

“Mentorship is viewed as increasingly essential among women,” the study states. “Globally, women hold steady to their belief in mentors as essential to the success of female entrepreneurs.”

A huge 91 per cent of women surveyed in Nigeria and 88 per cent in Hong Kong believe that to become an entrepreneur, it’s important to have a role model to inspire you. Imagine the future of female entrepreneurs when more visionaries flourish, inspiring budding businesswomen along the way. But how does the world get to that point?

Veuve Clicquot found the greatest barriers stopping women from starting their own businesses are attracting funding, balancing family life, fear of failure, changing behaviour and facing criticism. Remarkably, the study found the expectation of support was generally lower than the support received.

On the other hand, the study showed women setting off on the path of entrepreneurship will disrupt their families; however, this is not the case for men, indicating that global equality still has a fair way to go.

“Most women believe that female entrepreneurs must work harder than their male counterparts in order to succeed, but fewer men agree,” the report states.

The biggest fear stopping most women from chasing their startup dreams is not wanting to disappoint their families through professional failure as well as not wanting to prove their doubters right.

“Women believe that determination and self-confidence are the most important attributes for a successful female entrepreneur to possess,” the study states. “About half of wantrepreneurs believe they must act more like men in order to succeed as entrepreneurs.”

“Women increasingly believe that successful female entrepreneurs must possess attributes that are both power-based and strategy-based,” the study states. 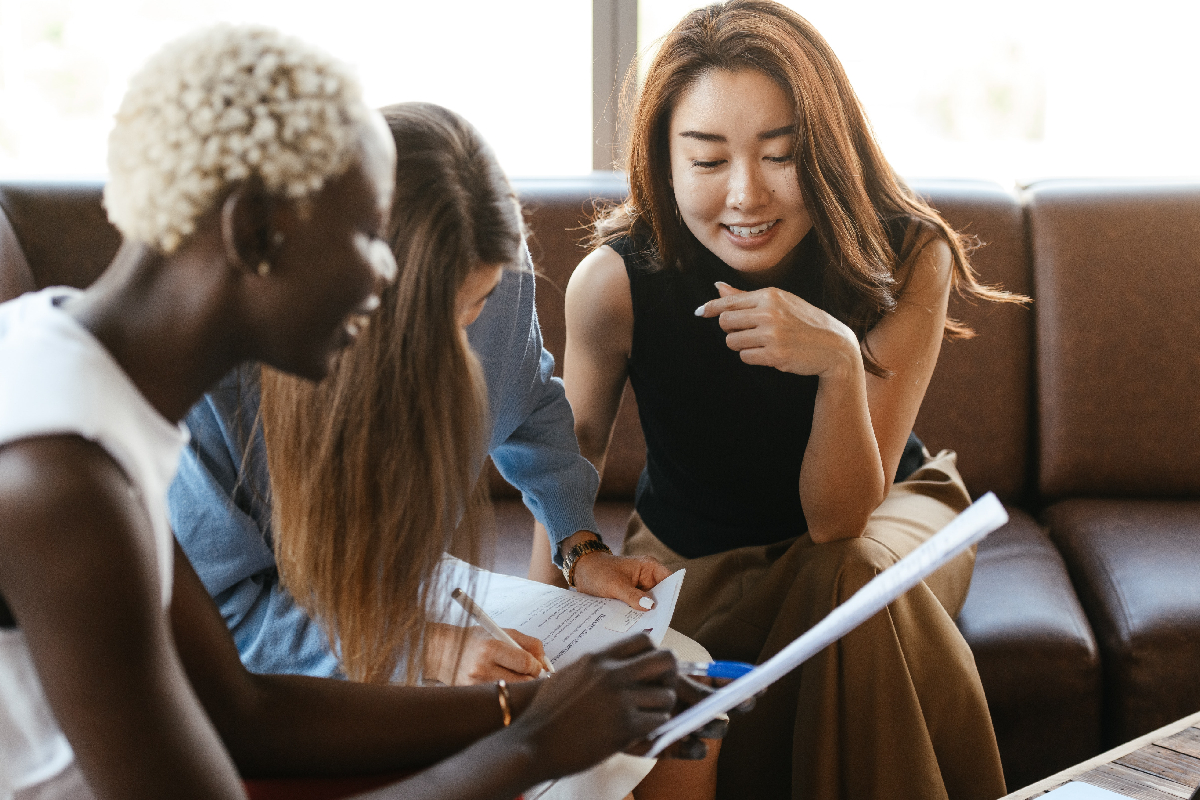 Overall, the once-in-a-century global health battle hasn’t completely disrupted the creation of new companies. In the past year, more women than men started a business in many of the surveyed countries.

While cautious, women have been motivated by the disruptions that came with the pandemic, turning challenges into triumphs.

More than a quarter of women are feeling more inspired to start their own ventures now than they were in pre-COVID times. Nigeria, South Africa and Japan show the highest levels of determination. In Mexico, 82 per cent have become more respectful of the planet in relation to business.

Post-pandemic, there is an abundance of fresh opportunities to establish new businesses in Japan and Nigeria.

Why do people become entrepreneurs?

Snapshot of female entrepreneurs around the world

Female entrepreneurship has more than doubled in the past year while there has also been a six per cent rise in women starting a new business.

Despite this, barriers to becoming a small business owner have increased, with an increase of 15 per cent of women believing it’s more difficult to balance work and family life, the study revealed.

Female entrepreneurs have grown seven per cent since the first barometer by Veuve Clicquot in 2019.

Interestingly, with so few women entrepreneurs to look up to as role models globally, Canadian women are seeing less need, with a drop of 13 per cent of women seeing the importance of role models.

A rise of 11 per cent of women see themselves as entrepreneurs compared to previous years. In South Africa, women business owners are prevalent in the food and fashion industries, but remain under-represented in sectors such as technology.

Less women are putting their success down to luck and are increasingly taking control of their professional destiny – a positive move perhaps driven by their women-centric support networks.

Becoming an entrepreneur is an increasingly appealing avenue for French women with money being the main benefit, followed by being their own boss.

However, men are less aware of the unique challenges faced by their counterparts. Compared to previous years, fewer male entrepreneurs believe it’s more difficult for women to create a startup.