The stage was perfectly set on Venice’s historic waterfront for the global launch of a new dream boat. 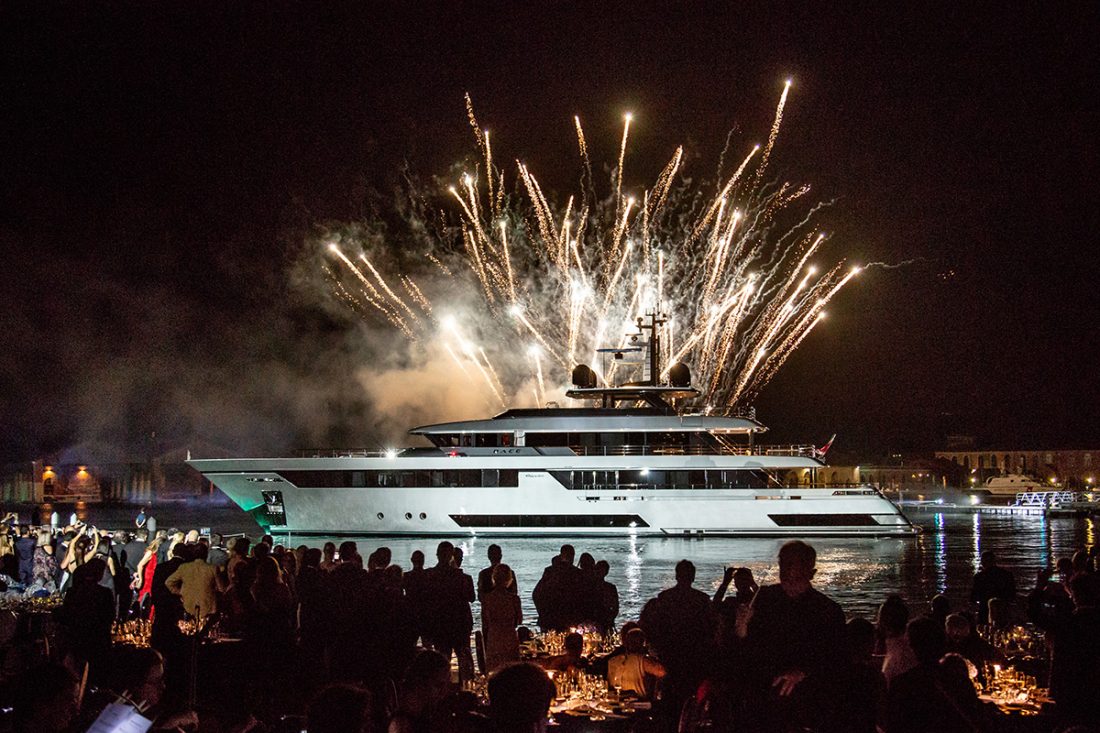 The global debut at the historic Venetian Arsenal was a triumphant event enjoyed by an exclusive group of yacht owners and special guests, including The CEO Magazine .

“The largest Riva, the dream of Carlo Riva that came true, a boat of immense beauty, could only make its debut at the Arsenale,” – Alberto Galassi

Majestic and elegant, Race is the first model of the Riva Superyachts Division. She shone in all her glory as ethereal fireworks made her presence even more dramatic in the dark night – as if her imposing size (50 metres long with a nine-metre beam) didn’t do her justice already.

As hundreds of guests, who had flown in from all corners of the world to attend, enjoyed a refined dinner by Massimo Bottura (who runs three-Michelin-star restaurant Osteria Francescana), the gala reception acted as a backdrop to the Venetian lagoon, where true nautical artwork was taking centre stage.

“The largest Riva, the dream of Carlo Riva that came true, a boat of immense beauty, could only make its debut at the Arsenale, which has been for centuries the largest naval factory in the world,” Ferretti Group CEO Alberto Galassi said. “The dreams, the skill and the talent that inhabited this space are the same ones that have animated the Riva myth in 177 years of history, up to the birth of this incredible mega yacht.

“Today, in the eyes of our guests and enthusiasts, I saw the sincere emotion, which is for Ferretti Group and, in particular, for the Riva Superyachts Division, the most authentic gratification, a love at first sight.” A spectacular pyrotechnics display made for a theatrical launch of Riva's first 50 metri superyacht Race . Hundreds of guests flew to Venice, Italy, from all corners of the world to attend the global debut. 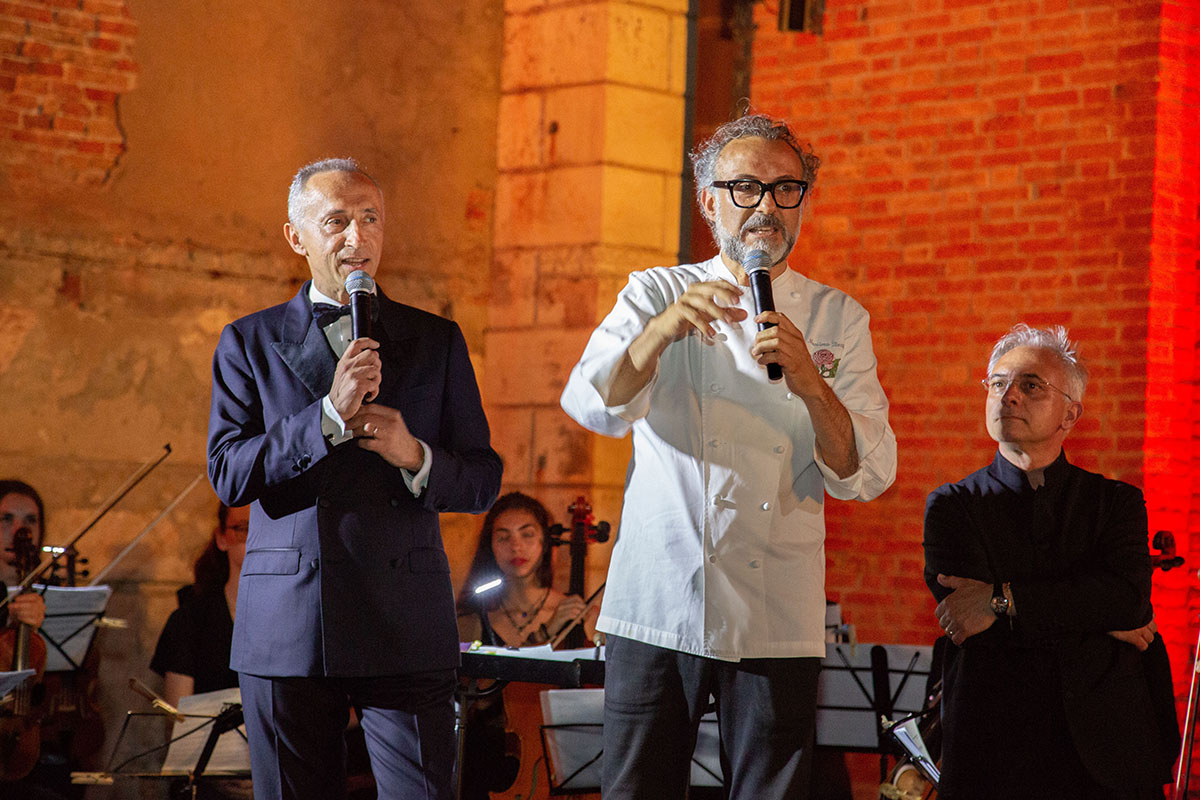 The CEO Magazine was among those enjoying a refined dinner by Massimo Bottura at the celebrations. Magnificent new and classic cars by Jaguar Land Rover were on display at the historic Venetian Arsenal. 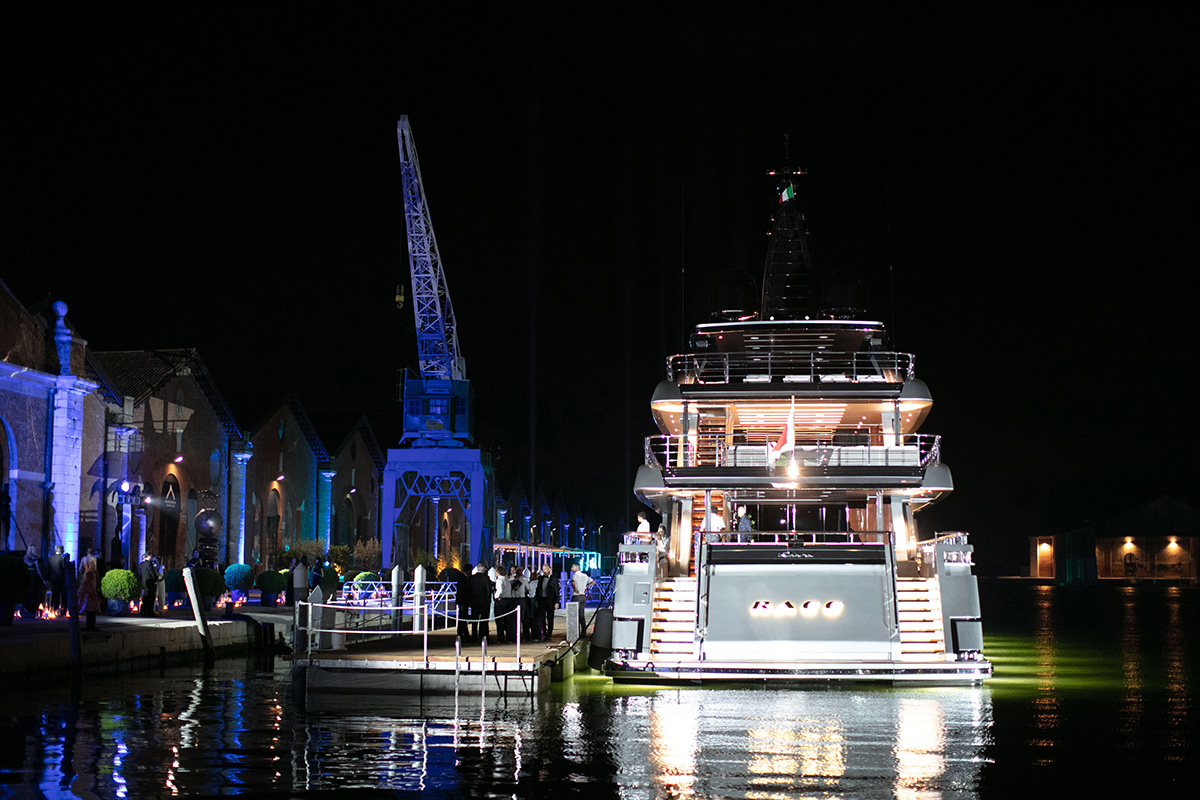 The latest Riva superyacht is a true masterpiece boasting the finest Italian craftsmanship. 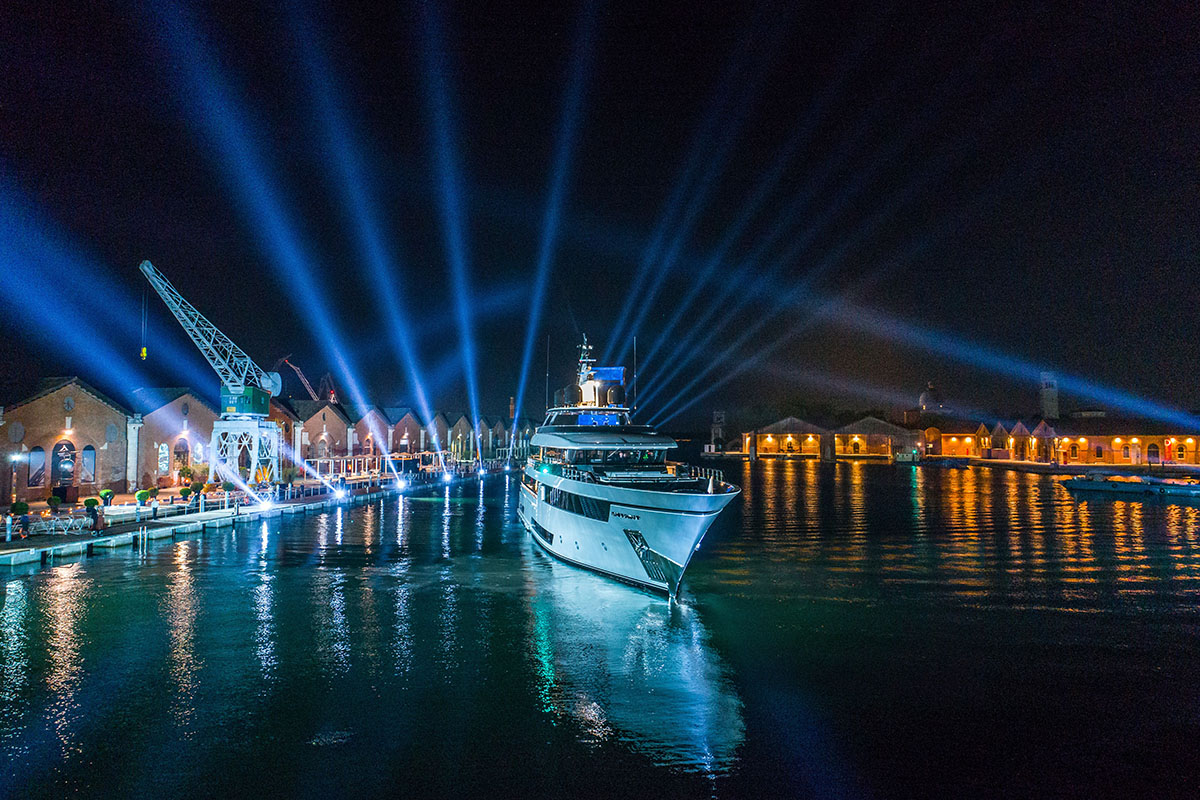 Race may have only hit the water for the first time three months ago, but she'll be attending the Monaco Yacht Show in September.

Marrying Italian craftsmanship and aesthetic with the unmistakable personality of the brand, the latest Riva ¬– which only hit the water for the first time three months ago – is a masterpiece. The CEO Magazine enjoyed a private tour of the luxury vessel, while many onlookers admired Race’s striking exterior as she graced the Italian harbour. And as guests sipped on flutes of Veuve Clicquot, Antinori wines or Belvedere Vodka, they were kept entertained by a display of magnificent classic cars by Jaguar Land Rover.

Officina Italiana Design, the studio founded by Mauro Micheli and Sergio Beretta that designs the entire Riva range, joined forces with the engineering team dedicated to designing innovative superyachts with the Ferretti Group Product Strategic Committee. The new Riva 50m is a worthy descendant of the famous MY Caravelle and Atlantic series – large steel yachts built in the 1960s and 1970s.

For those wanting to catch a glimpse of Race for themselves, the superyacht will be attending the Monaco Yacht Show in September.