Forget band t-shirts and memorabilia. If your bank account allows, you can own a much larger piece of your favourite celebrity – their home. 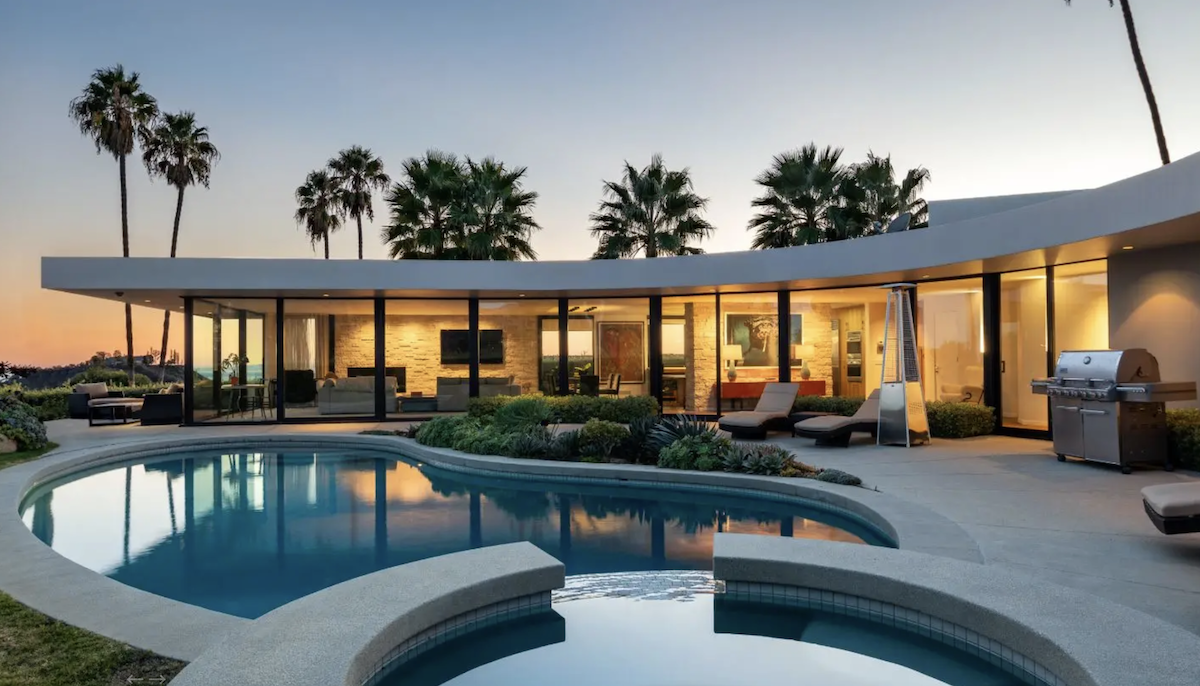 Huge swimming pools, state-of-the-art security features and designer bathroom fittings; money may not buy you talent or fame, but it can definitely buy the Hollywood lifestyle.

And while you contemplate the intimacy of sitting in a bathtub that rock royalty once used, the rest of us will just have to be content with gawking at said bathtub through a screen or page. Here are five homes with provenance that were recently up for sale.

As would be expected of a home once owned by the billionaire tech entrepreneur Elon Musk, this house is a smart one, with the security system, curtains, speakers and lighting all controllable from a mobile device.

The eco-friendly features are rather snazzy, too. The water heating system is tankless, which results in lower energy usage in the long run, and the climate control is dual-zone, so it’s possible to cool only part of the house instead of the whole space.

Unfortunately for hardcore Elizabeth Taylor fans, this house is probably devoid of anything personally owned or used by the Hollywood royal herself. Listed for the first time in 21 years for US$15.9 million (A$22.2 million; €14.1 million), it has passed through several hands since Taylor and her second husband, Michael Wilding, first purchased it in 1954. 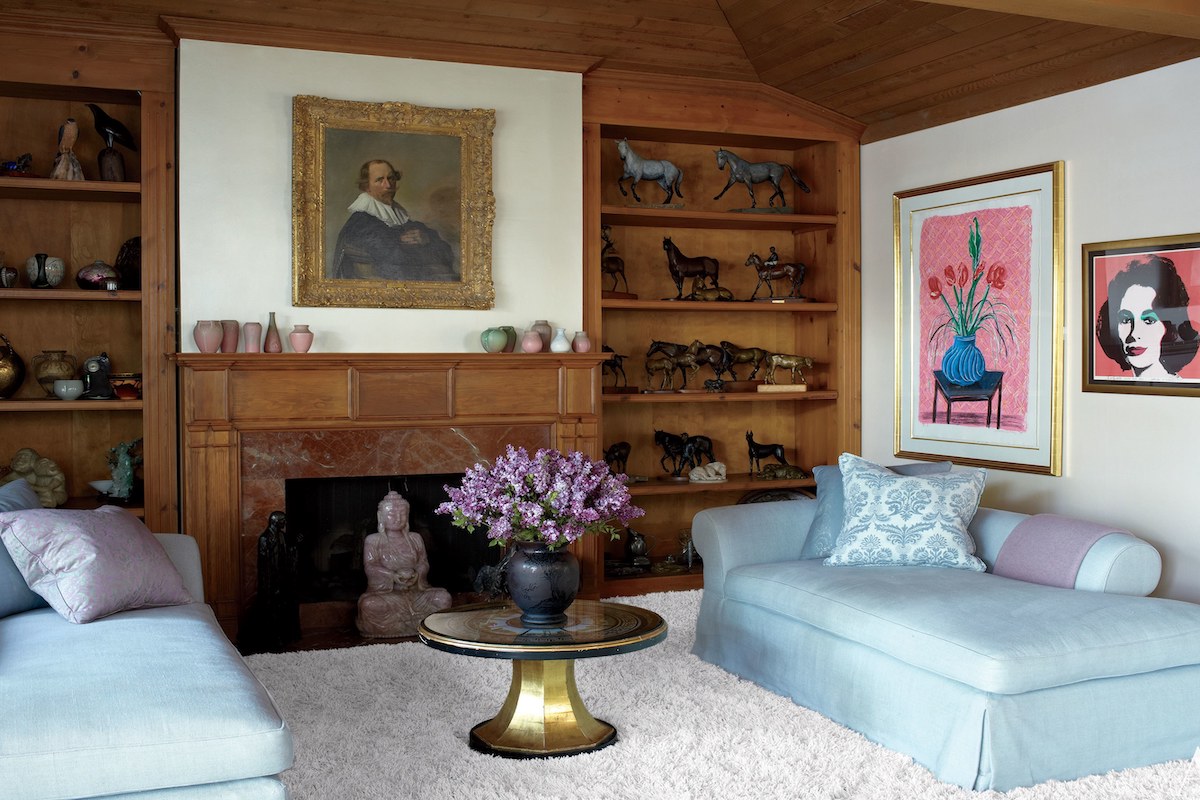 What the home does have, however, is 8,000 square metres (two acres) of land area, six bedrooms, seven bathrooms and a panoramic view overlooking downtown LA. A fireplace would be superfluous in California; this house has four. A two-car garage is adequate for most; here, the garage fits three cars, and there’s a large carpark, too.

When Taylor lived in the property, there was purportedly a moving wall between her bedroom and the living room, just so she could treat guests to her dramatic hour-late entrances to her own parties. There are no reports of whether the wall still stands, but one can hope.

Frank Sinatra looked like a man who preferred a jaunty hat over an elaborate coiffure, but that didn’t stop him from building a hair salon in this house.

After all, with an area of more than 538 square metres (5,800 square feet), there is more than enough space to spare. Less surprising are the home’s seven bedrooms, nine bathrooms and sauna. 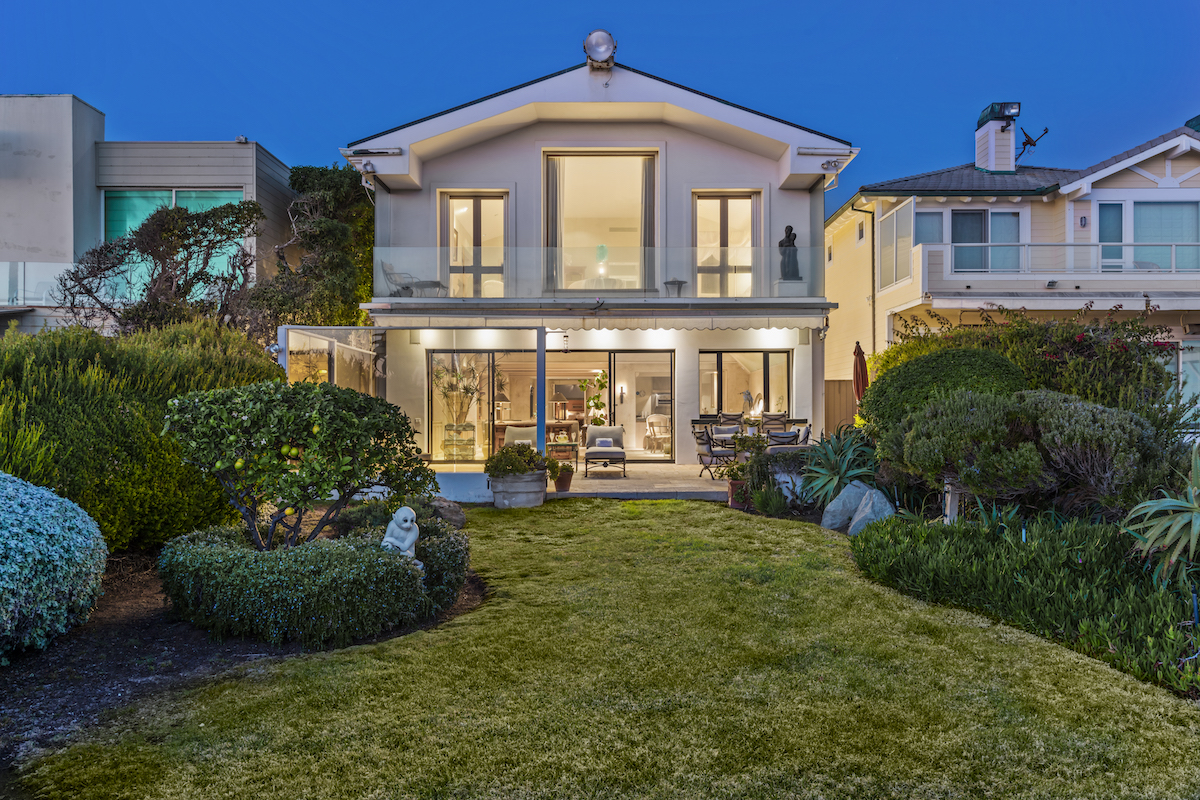 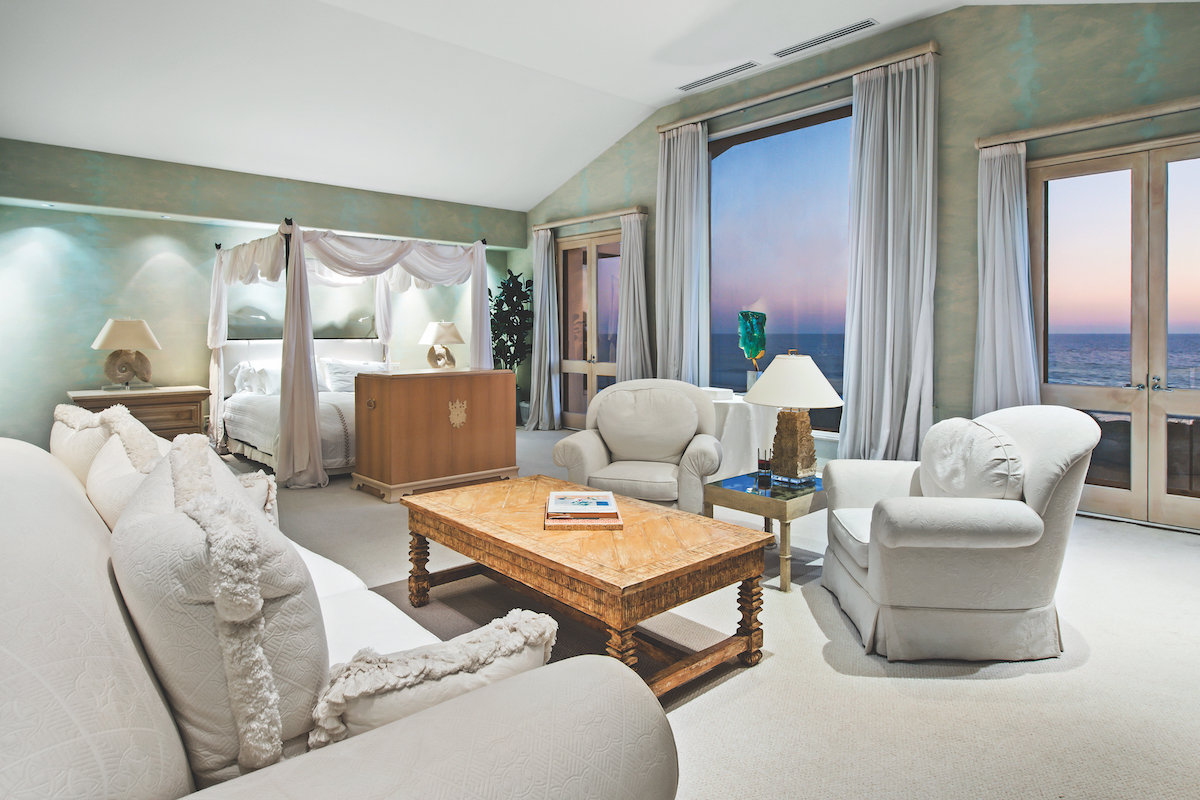 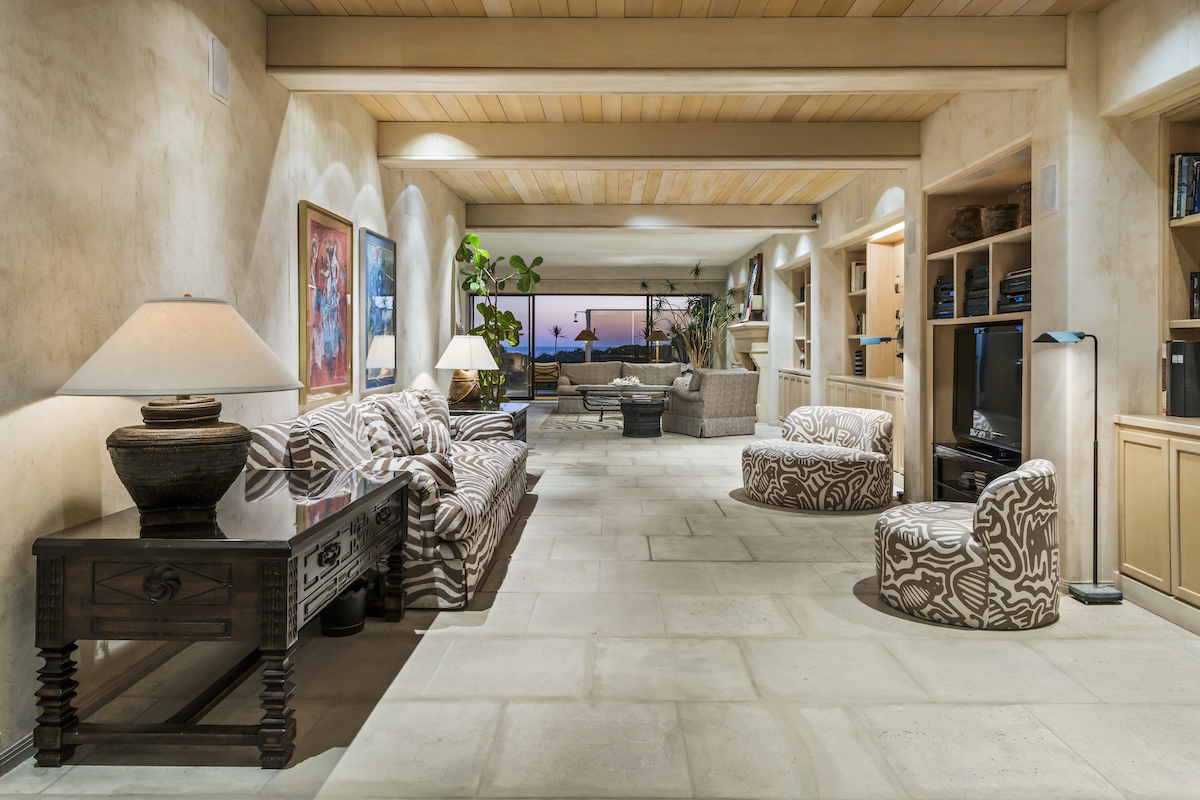 The house has a covetable address in London’s Little Venice neighbourhood. The area was so named because of its many canals and Gallagher’s home, although hidden from the street thanks to its large front and rear gardens, overlooks one of them. 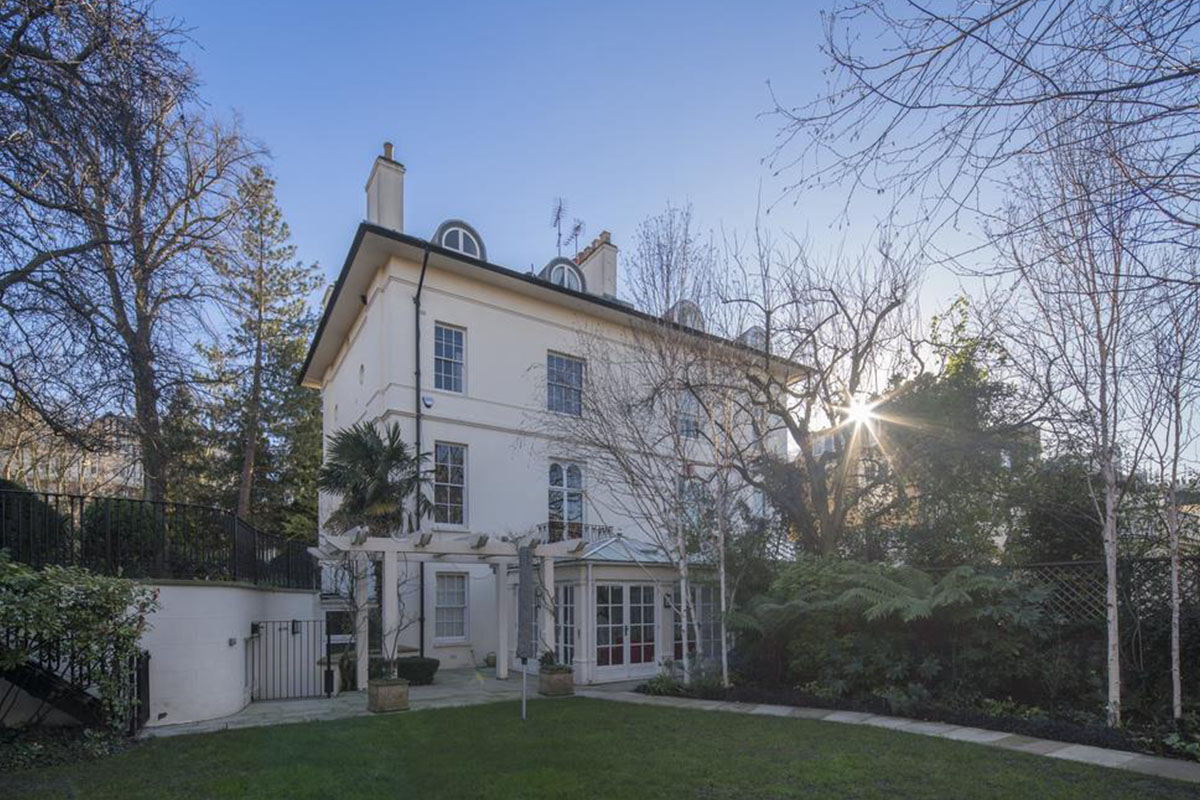 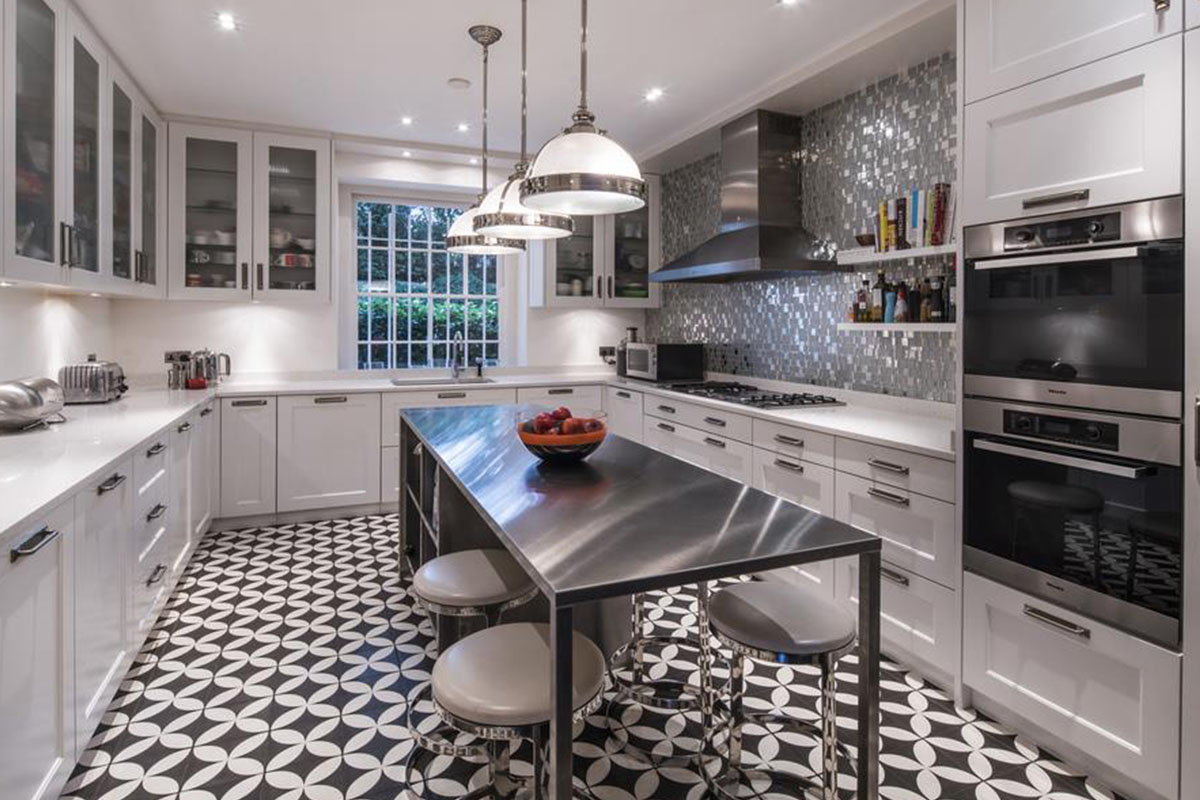 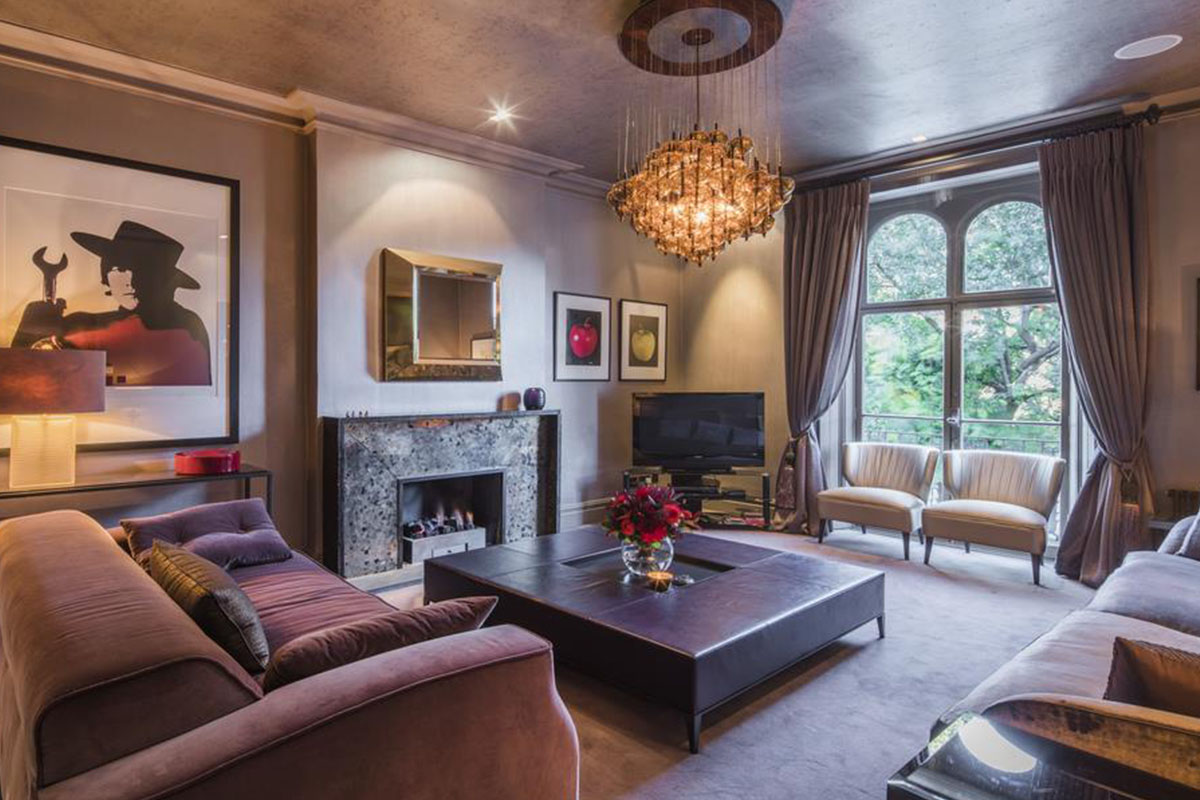 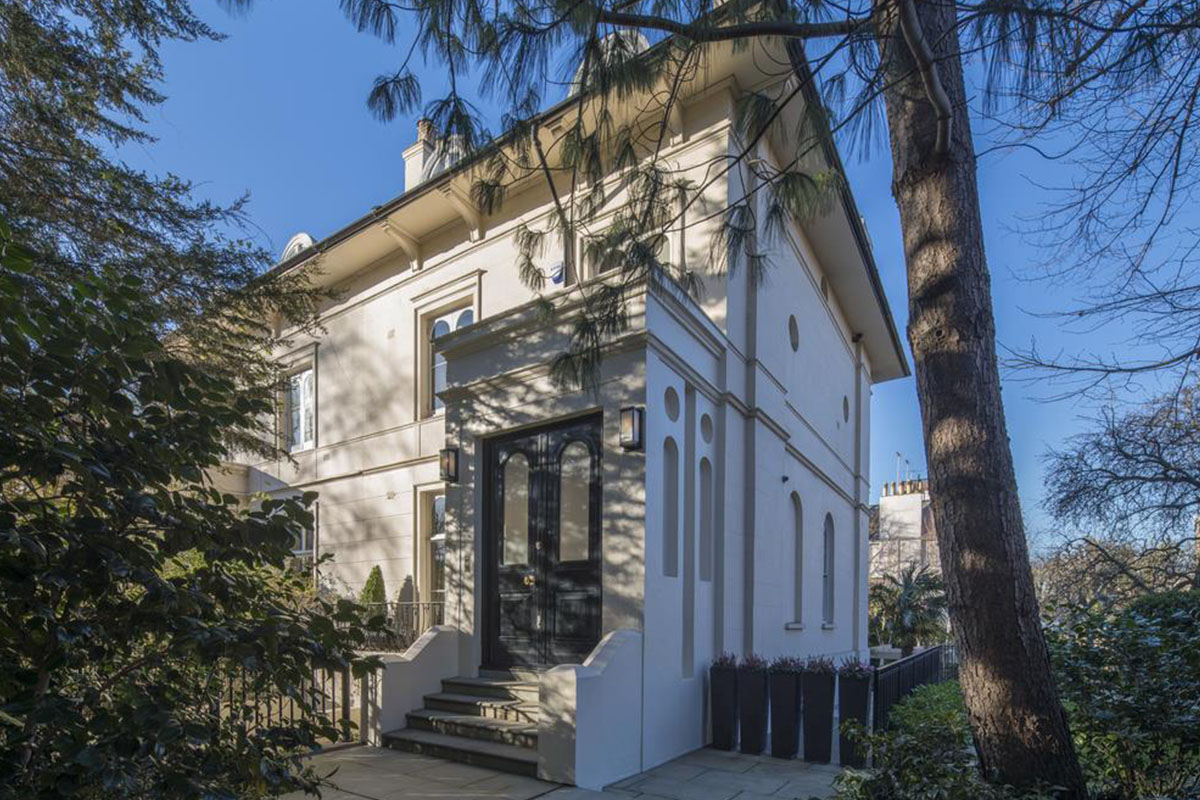 On the outside, the four-storey property is a staid stucco-fronted period building but on the inside, there are plenty of rockstar touches.

There’s a John Lennon print hanging on the wall of the living room and more Beatles memorabilia in the dining room – it’s obvious who Gallagher considers to be the best rockers in the business. In one of the smaller lounges, an amplifier sits in a corner, set up and ready for a jamming session.

To the average Joe of average means, a 373-square-metre (4,011-square-foot), four-bedroom, four-bathroom mansion in Beverly Hills should more than suffice as a family home.

To Orlando Bloom, however, it’s merely an adequate bachelor pad that needs to be sold for something bigger and better now that he’s engaged to Katy Perry. 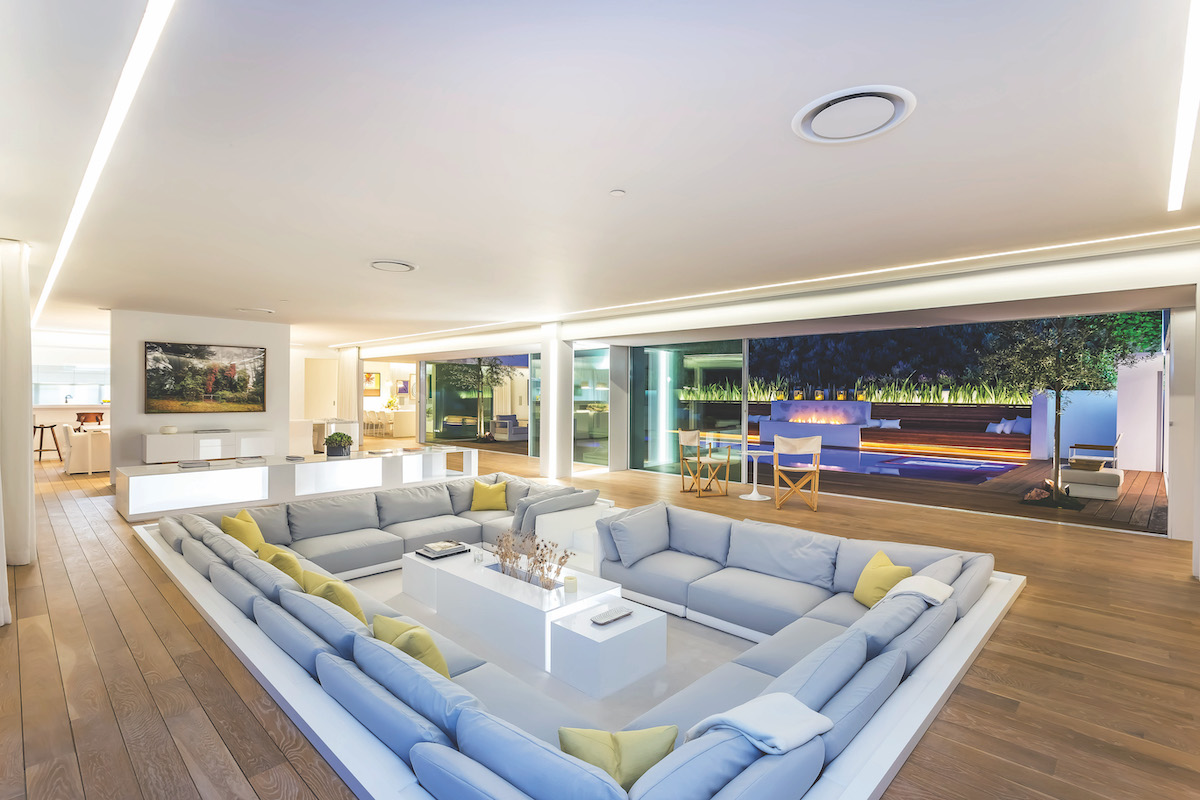 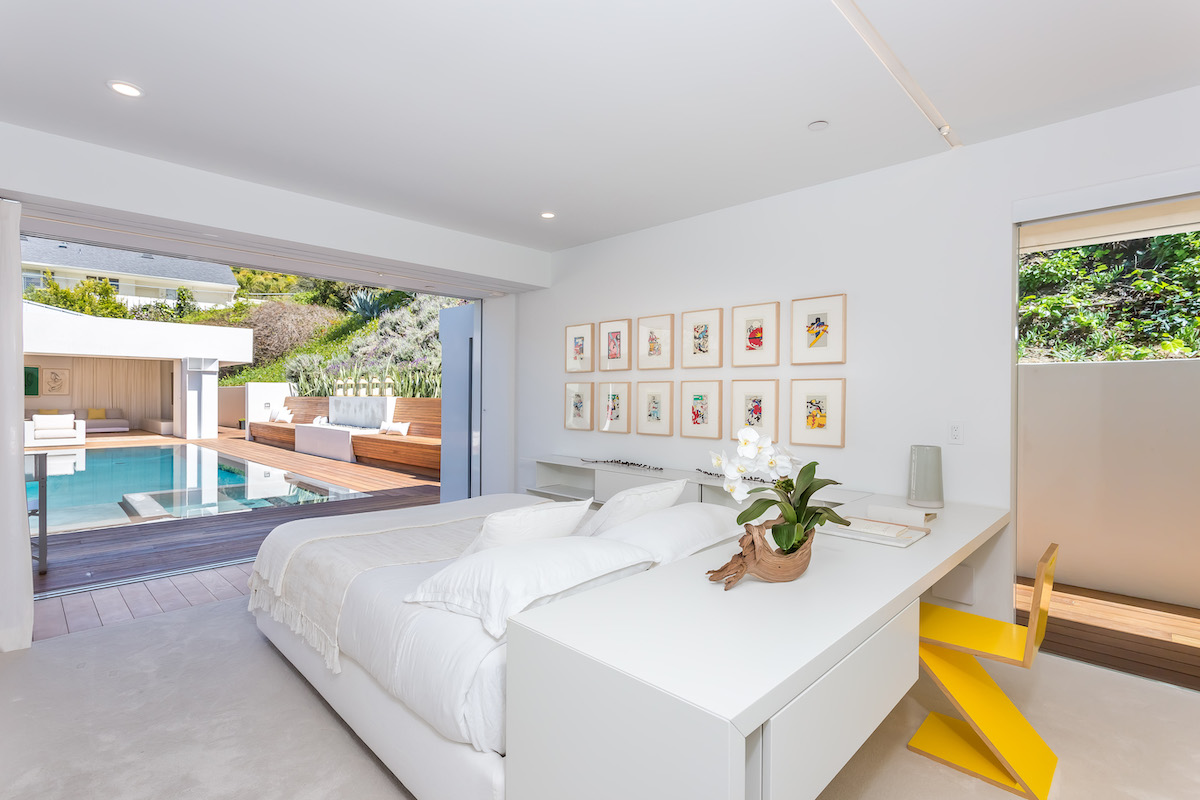 Located in the aptly named Billionaire’s Row, the property has a deceptively nondescript exterior. The interior, however, has been given the best remodelling money can buy.

Bloom seems to have a penchant for sunken features; in the living room, the sofas sit lower than ground level in a pit while the pool is a sleek zero-edged one reinforced with caissons 15 metres deep (50 feet deep). The entire house sits on a single storey and has an airy, open-plan layout.