For the sixth consecutive year, the Italian maison has another incredible watch – the Octo Finissimo. 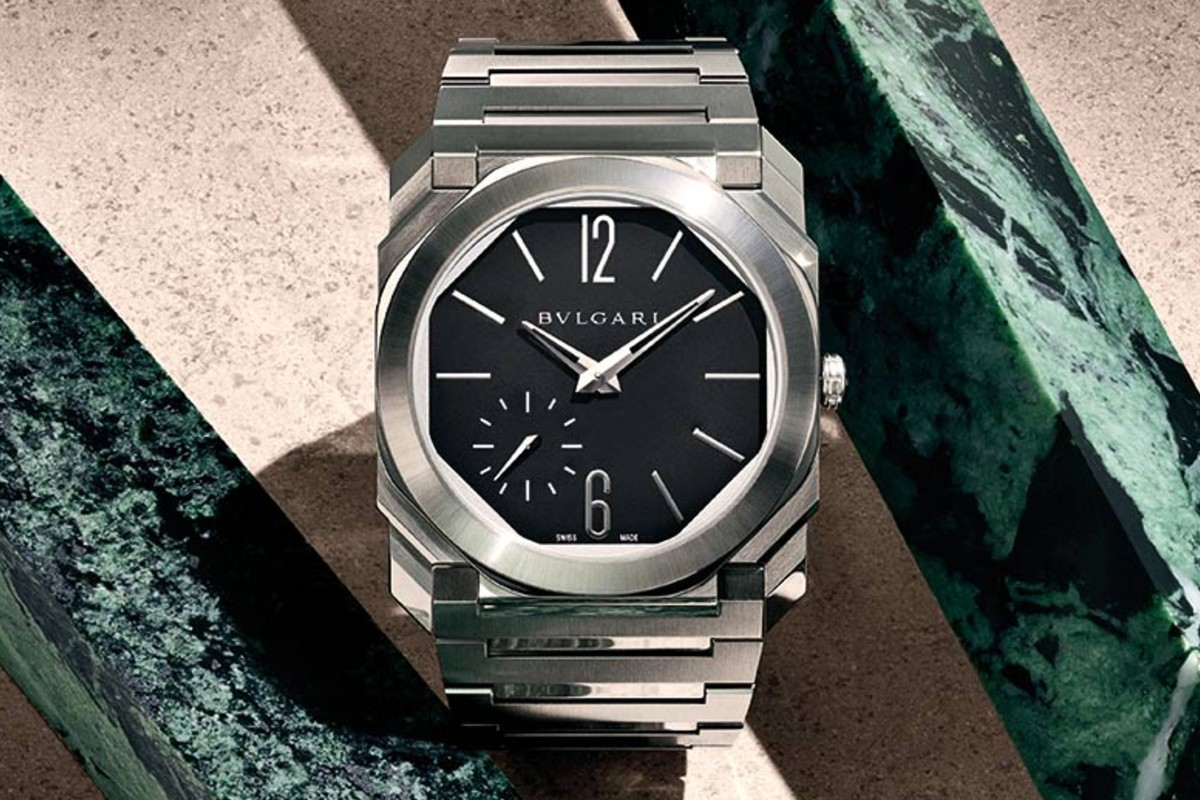 For the sixth consecutive year, the Roman jeweller has broken the ultra-thin and ultra-complicated automatic watch world records with its intricate design and mechanical performance.

Described as being the Jeweller of Time, Bulgari stayed true to form as it pushed the boundaries and fused Italian creativity with Swiss engineering to reach the pinnacle with the Octo Finissimo saga.

“Masterpieces impose themselves on the crowd from the moment of their birth and they never die.” – Antoine Pin

The ultra-thin watches carried the entire genre into the 21st century and were recognised with five world records for the extraordinary design and savoir faire – adding yet another to its line of accolades this year.

An ultra-thin skeleton movement with automatic winding, two-counter display, chronograph single-push and tourbillon at six o’clock all come together in just 7.40mm of thickness. The crowning glory – an entirely skeletonised dial highlighting the complexity of the BVL 388 calibre from the front.

Driven by a peripheral oscillating mass for a 3.50mm movement thickness, Bulgari explains there is no equivalent that includes all these features on the market with reduced thinness.

“There is no limit to Octo, as seen in the continuity of its progress, and that the watch has continued to achieve new world records with each passing year,” Bulgari stated online.

Refining technical solutions including the horizontal clutch and a column wheel enabled the talented horologists to create the trailblazing piece.

Since its inception, Octo has been visionary through its sleek designs, each seeking to transform the impossible to reality.

“Complication and records are without genders at Bulgari.” 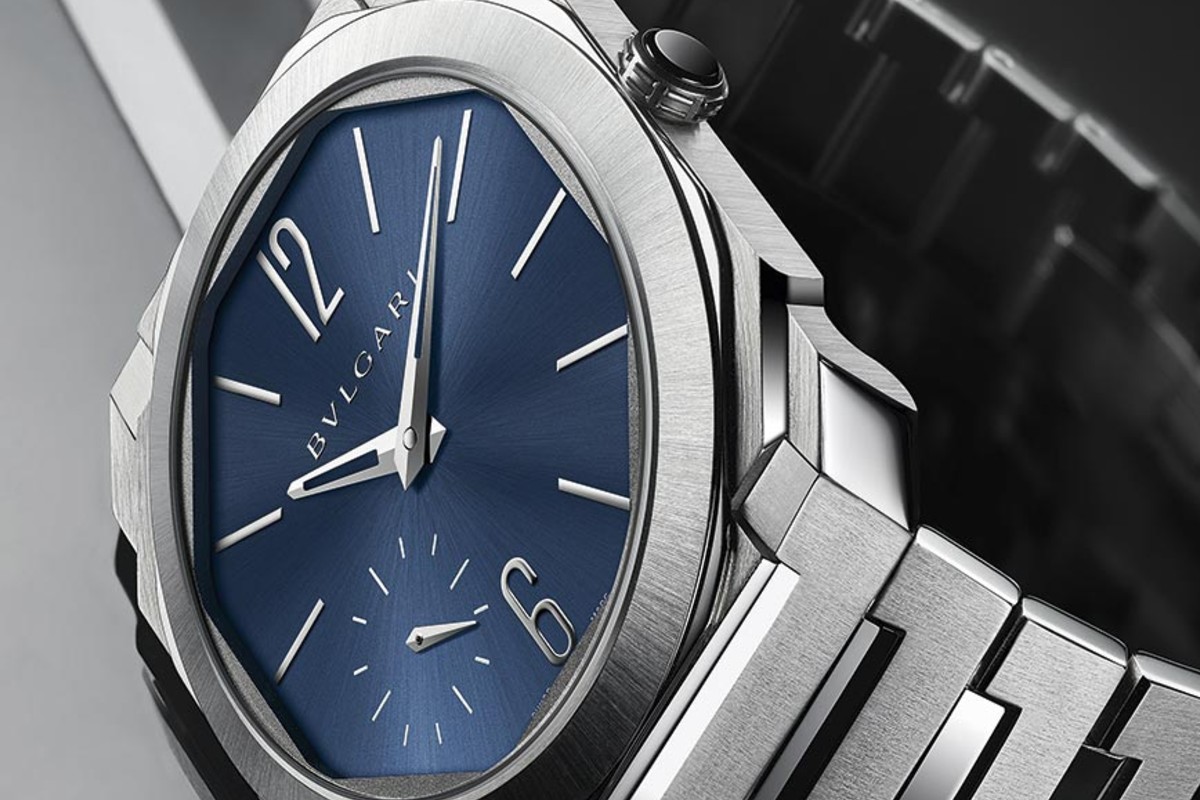 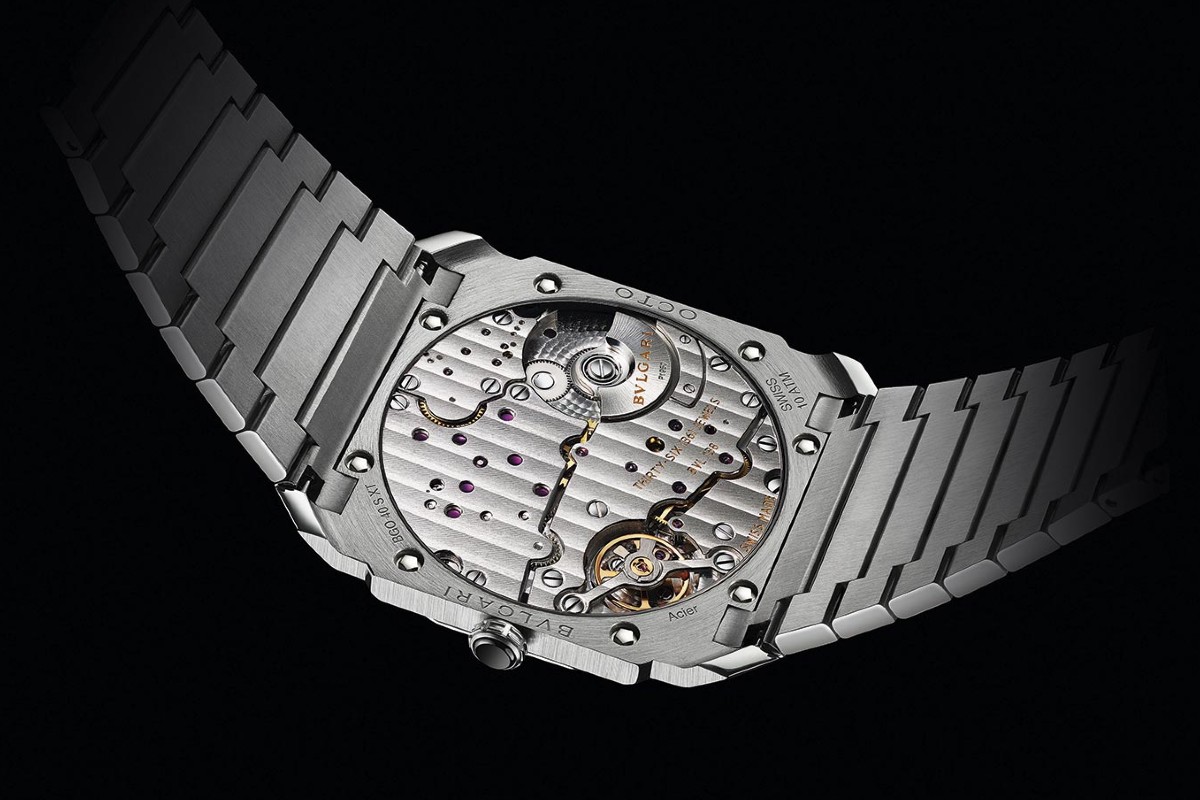 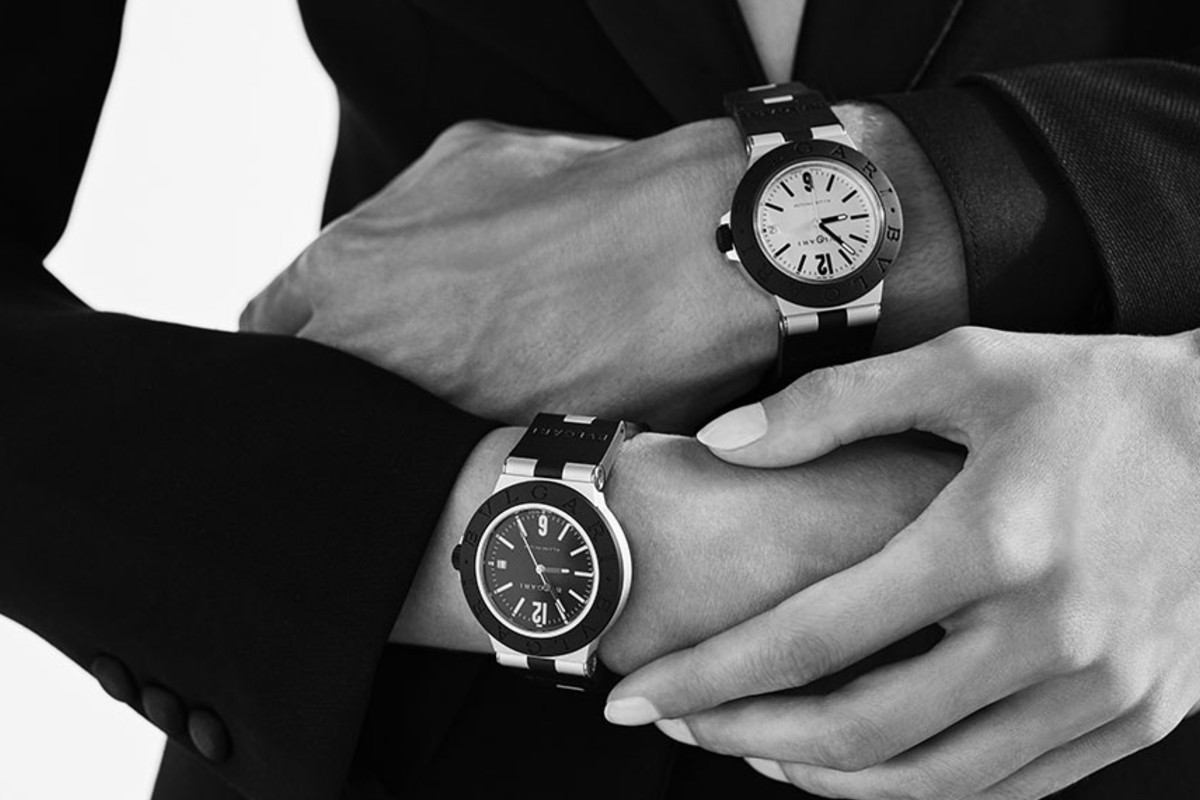 By fusing watchmaking and mechanical movements, it has led the Italian maison to revolutionise horology with cutting-edge aesthetics in a way that’s truly unique to the brand.

In addition, Bulgari also announced its revived Aluminium collection – a monumental launch more than 20 years after its initial release.

First composed of aluminium and rubber in 1998, the timepiece was simple yet striking, refreshing the watchmaking world.

Today, the Bulgari Aluminium timepiece is as much of an icon as it was 22 years ago.

For optimal comfort, the watch was redesigned to feature a mechanical self-winding movement, which replaces the mechatronic-quartz movement of the original. It also houses improved aluminium alloy resistance and rubber technical features.

“Masterpieces impose themselves on the crowd from the moment of their birth and they never die,” Antoine Pin, Bulgari Watches Managing Director, says. “Bulgari Aluminium is a masterpiece of design; and a milestone in the history of the watch industry for its unique design and combination of industrial materials.

“After many years dedicated to growing the Octo collection, bringing Bulgari Aluminium back under the spotlight is an immense source of pride and satisfaction for us.”

Showcased at the Geneva Watch Days – the world’s only multi-brand event held in Switzerland for 2020 – a collection of 17 brands came together late August to debut their latest masterpieces.