Who is Jony Ive, and what’s next for Apple?

“Apple’s success is a victory for purity, integrity – for giving a damn.” 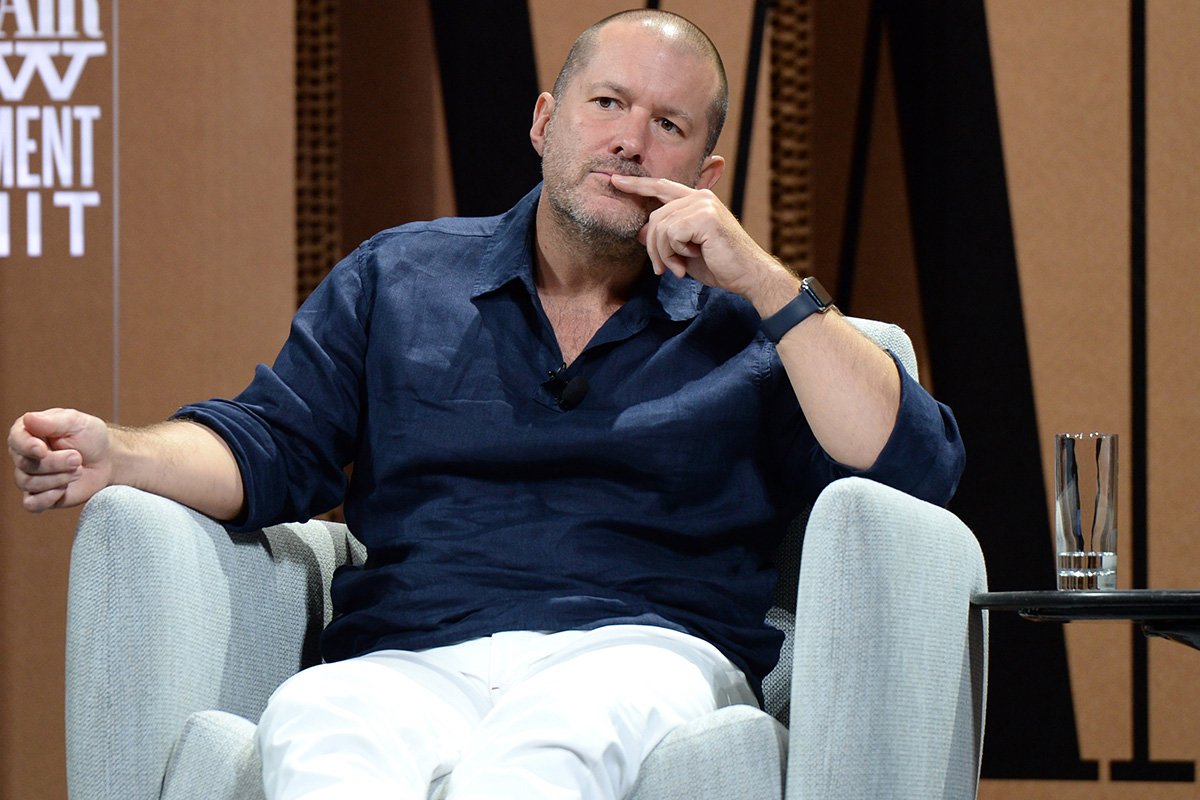 Jony Ive – no-one calls him Sir Jonathan – has put the web in our hands, our pockets, our ears and on our wrists with the MacBook, iPad, iPhone, iPod and Apple Watch. We’ve been taking it – and him – with us ever since.

With Steve Jobs, Apple’s visionary co-founder, Ive transformed Apple from a near-bankrupt also-ran into the first publicly traded company in the world to be worth more than US$1 trillion in market capitalisation.

Jobs is gone now, of course – he died in 2011 – and Ive, too, is leaving the firm to set up his own design venture: LoveFrom, with the man he calls his best friend and close collaborator at Apple, Sydney-born designer Marc Newson. Thanks to endless product launches, countless books and three movies, we know a lot about Jobs. But Ive’s natural shyness means we know little about him.

Who is he? Why is he leaving the most successful technology firm in history? What will he do next and what will his legacy be? I have at least some of the answers because I am the only journalist lucky enough to have been invited twice to Cupertino in Silicon Valley, where Apple is based, to interview him.

“When you think about technology and what it has enabled us to do so far, and what it will enable us to do in the future, we’re not even close to any kind of limit,” – Jony Ive

The 52-year-old Briton is the most unremarkable remarkable person you could meet. He’s not particularly tall, sports two-day-old stubble and shaves his head so clean that it seems to mimic the trademark chamfered edges of his products. He dresses like dads do on weekends – navy polo shirt, canvas trousers, desert boots.

He speaks slowly and softly in a London accent totally unaffected by living in America for more than two decades. (He was born and grew up in Chingford on the outskirts of Britain’s capital.) “I can’t bring myself to say ‘math’, so I say ‘mathematics’ and sound ridiculous,” he likes to joke. 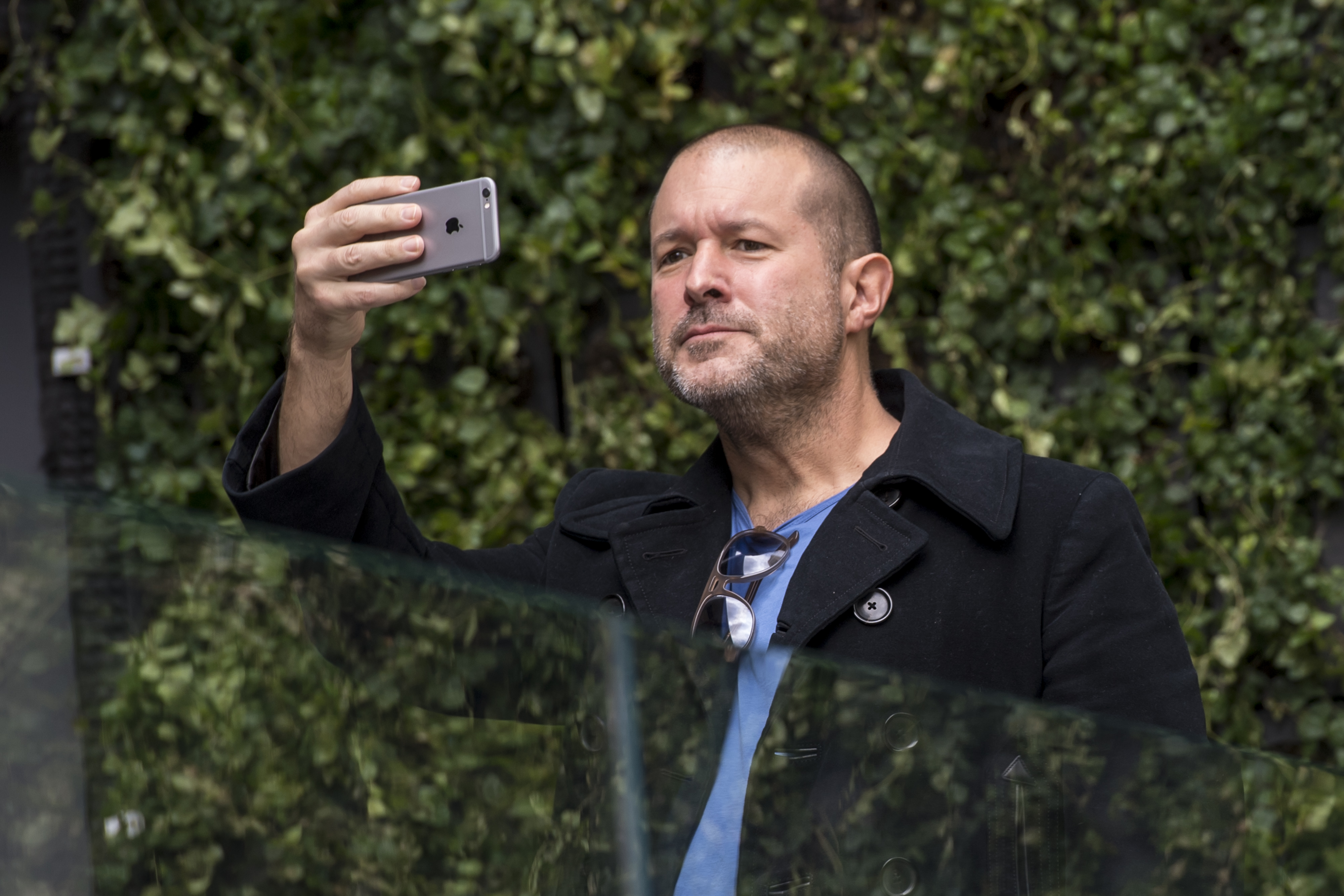 Why is Jony Ive, designer of the iPhone, leaving the most successful tech-giant in history?

Ive relishes the elegance of simplicity. His products may be revolutionary, state-of-the-art computers, but they look so elegant and simple that you intuitively know what they are for and how to use them the moment you first pick them up.

The iMac, one of Ive’s earliest designs, banished complicated, hard-to-use beige boxy PCs from your desk, making computing easy and tasteful. With just a small white box with a scroll wheel, the iPod put ‘1,000 Songs in Your Pocket’. The iPhone was so touchy-feely, it trashed the fiddly BlackBerry in a heartbeat. The iPad is so easy to use that a five-year-old can operate it.

“Our success is a victory for purity, integrity – for giving a damn,” – Ive

It is simplicity, over any other quality that Ive finds the most gratifying – and infuriating – element of this work. “People think simplicity is the absence of clutter,” he told me when I interviewed him in 2013. “But that’s not the case. Something that is truly simple communicates what it is in a very direct way. It’s very hard to design something that you almost do not see because it just seems so obvious, natural and inevitable.”

Ive has always been full of optimism about Apple’s future. “We are at the beginning of a remarkable time, when a remarkable number of products will be developed,” he told me when we spoke in 2014.

“When you think about technology and what it has enabled us to do so far, and what it will enable us to do in the future, we’re not even close to any kind of limit. It’s still so new. At Apple, there’s almost a joy in looking at our ignorance and realising, ‘Wow, we’re going to learn about this and, by the time we’re done, we’re going to really understand and do something great.’”

So, his departure, announced in June, has come as a shock. Why is he leaving his corporate home? To find the answer, you have to go back to the launch of the Apple Watch in Cupertino four years ago. There, all eyes were on Ive and Newson because it was the pair’s first public outing.

Jobs’s successor, Tim Cook, had hired Newson because he hoped he and Ive would transform the firm from a pure technology player into a broader luxury lifestyle brand. Newson spoke about a future of web-enabled clothes and an Apple car. He has been creating such pieces throughout his career, unfettered from being tied down to an individual corporate brand. He has penned a concept car for Ford and clothes for G-Star RAW.

Cook ended up disappointed. Since the Apple watch launch, nothing revolutionary has come out of Apple. No iCar. No web-enabled augmented-reality iGlasses. No iFashion. Samsung, Apple’s arch rival, beat it to market with a folding mobile phone that opens up to become a tablet computer. Apple’s voice-activated speaker, HomePod, lags Amazon’s Echo.

Apple insiders say Ive was frustrated by the lack of innovation. “Jony did not want to keep doing incremental updates to current products,” as one puts it. In our final conversation, Ive said he would leave if Apple ran out of things to invent.

When I asked what he would do if Apple could no longer make stuff that shreds, not pushes, the envelope, he replied: “I’d stop. I’d make things for myself, for my friends, instead.”

Making things for himself – with his best friend – is what Ive is going to do now. But what exactly? He and Newson gave me an early hint when I first met them together in 2013 in Cupertino. They wanted to show off a carefully curated collection of their favourite “stuff” that would be sold at auction, with the proceeds going to (RED), the charity set to raise funds to help eliminate HIV/AIDS.

There was a Leica Digital Rangefinder camera, “which has the minimum number of buttons”, and a Range Rover with red accents in the metal exterior and leather interior “because the Range Rover is one of the very few cars that has stayed true to its essence”. Also, desks, desk lamps, chairs, pens and watches (analogue, surprisingly, not smart ones like the Apple Watch). It is these things – luxury goods – that Ive will craft next. Be afraid, Louis Vuitton.

What will Ive’s legacy at Apple be? He has not said yet – and perhaps his natural modesty means he never will – but it’s clear to me from his interviews what it is. To have proven that consumers are not the price-obsessed philistines they are often assumed to be.

“We’re surrounded by anonymous, poorly made objects. It’s tempting to think it’s because the people who use them don’t care – just like the people who make them. But what we’ve shown is that people do care,” he told me.

“It’s not just about aesthetics. They care about things that are thoughtfully conceived and well made. We make and sell a large number of – hopefully – beautiful, well-made things. Our success is a victory for purity, integrity – for giving a damn.”