Gen Z entrepreneurs are on track to making billions

Fotios Tsiouklas and Alan Gokoglu have only recently finished their final year of high school. But their young age isn’t a barrier. Fotios Tsiouklas and Alan Gokoglu are not your typical youths. They are an example of the new Z-illionaires – members of gen Z making their mark in the business world.

After selling over 100 apps to businesses around the world before their 18th birthday, Fotios and Alan used their marketing knowledge to develop and promote their own app alongside some of the world’s biggest celebrities. Upon doing so, the app reached the Top 10 of the Apple App Store and received 250,000 active users within 48 hours.

“Our app, Clout, exploded in a short space of time and gave us the confidence to create pretty much anything we wanted,” Fotios explains. “We’ve gone on to create about 100 applications that have brought in revenue in the hundreds of thousands of dollars.”

Described as the next Steve Jobs by their friends, Fotios and Alan have only recently finished his final year of high school. But their young age isn’t a hindrance – quite the opposite.

“When gen Z comes into maturity, we’re going to change the way business fundamentally is done around the world.” – Fotios Tsiouklas The business partners are following their own advice as they continue to work and create during the pandemic. The pair is on track to releasing more businesses in 2020.

“We currently have two main businesses that will launch over the next few months,” Fotios says.

The first is a social media agency for TikTok users. “A few months ago, we predicted that TikTok would become the sensation that it has, so we bought the domain name TikToks.com.”

They’ve since been approached with offers but have declined. “We think we could make more money on our own,” Alan explains.

“The thrill isn’t the dollar. It’s seeing something that you’ve built spread like wildfire – the money is simply a bonus.” – Fotios Tsiouklas

The other business is in app development.

“At the moment, businesses are paying tens if not hundreds of thousands of dollars to have an app developed,” Fotios relays. “Our goal is to give businesses a quality app that they can develop in just hours for A$99 a month.”

The business will be called Apps4Brands, and “it will be huge”, he enthuses.

“All these projects will leave behind a legacy and stimulate economic activity around the world, not just in our businesses, but in thousands of others,” the young entrepreneur says.

“There’s no greater satisfaction than seeing people experience success or happiness from something you’ve created.”

Gen Z includes people born from 1995 to 2010. The oldest members of gen Z are only just starting to enter the workplace.

“Before now, every member of my generation was still at school. We’re only just starting to see what gen Z is going to do with their careers,” Fotios shares.

“We are a generation that understands social media fame. I think we know the internet better than anyone else.”

Gen Z is the first group to grow up with the internet and smartphones in their pockets, as well as Instagram, Snapchat and TikTok.

“When gen Z comes into maturity, we’re going to fundamentally change the way business is done around the world.”

Both Fotios and Alan are self-taught. Using YouTube and other online courses, the pair managed to acquire the necessary skills for app development. 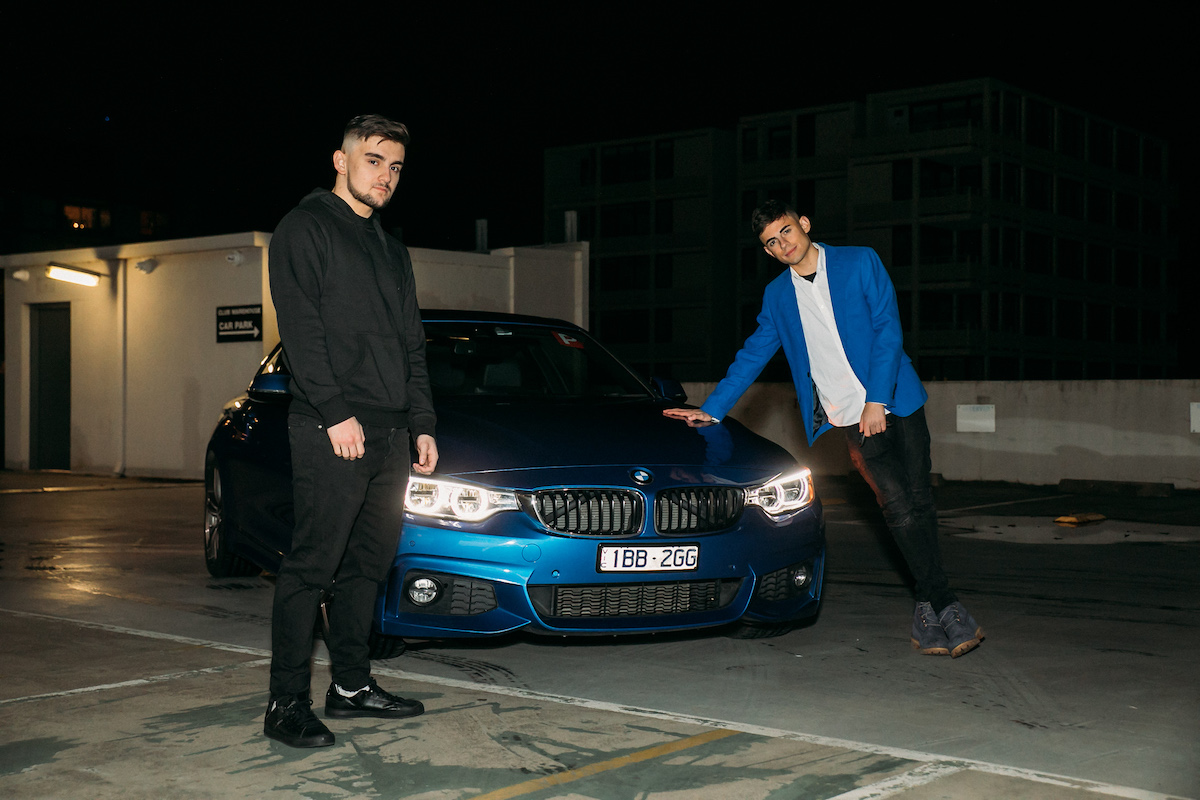 “We are strong believers that the best way to learn the business is through self-education – not formal education,” Fotios notes. He explains that this is because the technology sector moves and changes too fast.

Self-education through public outlets like tech magazines, forums and YouTube, as well as by connecting with people in the industry are all good ways to stay ahead, Fotios suggests.

The pair, currently worth more than A$5 million, is also behind a digital agency called Kickspan. They own nightclubs and develop and deliver venue-based themed initiatives. More recently, they employed their fathers who had both lost their IT jobs.

“The most motivating thing about running our business is creating an interesting story, both for ourselves and other people,” Fotios explains.

Everything the pair designs is to offer value. Fotios furthers says that before the coronavirus, every week, thousands of people were coming to their nightclubs, which would lead to thousands of stories being told.

“The world of entrepreneurship is filled with adrenaline and innovators are always chasing that next thrill,” Fotios adds. “The thrill isn’t the dollar. It’s seeing something that you’ve built spread like wildfire – the money is simply a bonus.”

It is no surprise when the duo names Elon Musk as their role model. The young professionals see Musk as someone who is “making a change in the world and doesn’t care about the money”.

“We’re not materialistic people, and neither is Elon, which we admire,” they admit.

“However, like him, to grow and make a positive difference you often have to play the part, not just make the dollars.”

Fotios concludes by saying: “Get ready for the gen Z business revolution – because it’s definitely coming.”