Could the future of luxury be in the hands of China?

The pandemic is accelerating trends shaping the fate of high-end brands in the world’s largest luxury marketplace. The 11th of April this year was a record day for Hermès in Taikoo Hui Guangzhou. After two months, the French luxury brand’s flagship address had finally reopened when lockdown measures in the southern Chinese city lifted.

As shopping-starved VIP customers filed in, the brand’s signature handbags (including an elusive diamond studded Himalaya Birkin) and other leather goods flew off the shelves. By day’s end, the single store is said to have taken US$2.7 million in sales – a figure reported to be a national record.

There’s currently no country in the world that can match China’s thirst for luxury goods. Last year, mainland Chinese consumers were responsible for 35% of all sales in the market, according to Ruder Finn and Consumer Search Group’s ‘China Luxury Forecast 2020’.

Luxury consumption in the country grew by 26% (compared to a 6.1% national GDP growth rate). Clothing and watches top the wish list, led by international brand names such as Chanel and Rolex.

It must be noted that such insights were published before the COVID-19 pandemic, although by late last year (when the data was gathered), the health crisis was already on the horizon. Ruder Finn found an increase in consumers expecting to decrease their luxury spending in 2020 compared to 2019 (10 versus 6%).

“The repatriation of China’s luxury spending is not new to 2020; however, different factors, including COVID-19, have made this trend fasten its pace.” – Lee Folland

But the first country to shut down has also been the first to reopen. Its swift response to the pandemic has seen it avoid the losses experienced in many other parts of the world. Author and Chinese luxury market expert Erwan Rambourg, writing for The Business of Fashion , believes this means “consumer confidence will rebound quickly”.

Other markets, especially those in Western Europe and the US, may not be so fortunate. Rather than stifle current trends shaping the future of luxury in China, industry analysts are already noting that COVID-19 has acted as an accelerator, particularly when it comes to the following four key movements.

China’s luxury boom despite the pandemic

“The heightened focus on personal and environmental hygiene during the height of the outbreak certainly left consumers looking for healthier and safer options for themselves and their families,” says Lee Folland, a Shanghai-based Research Director at Reuter Communications. 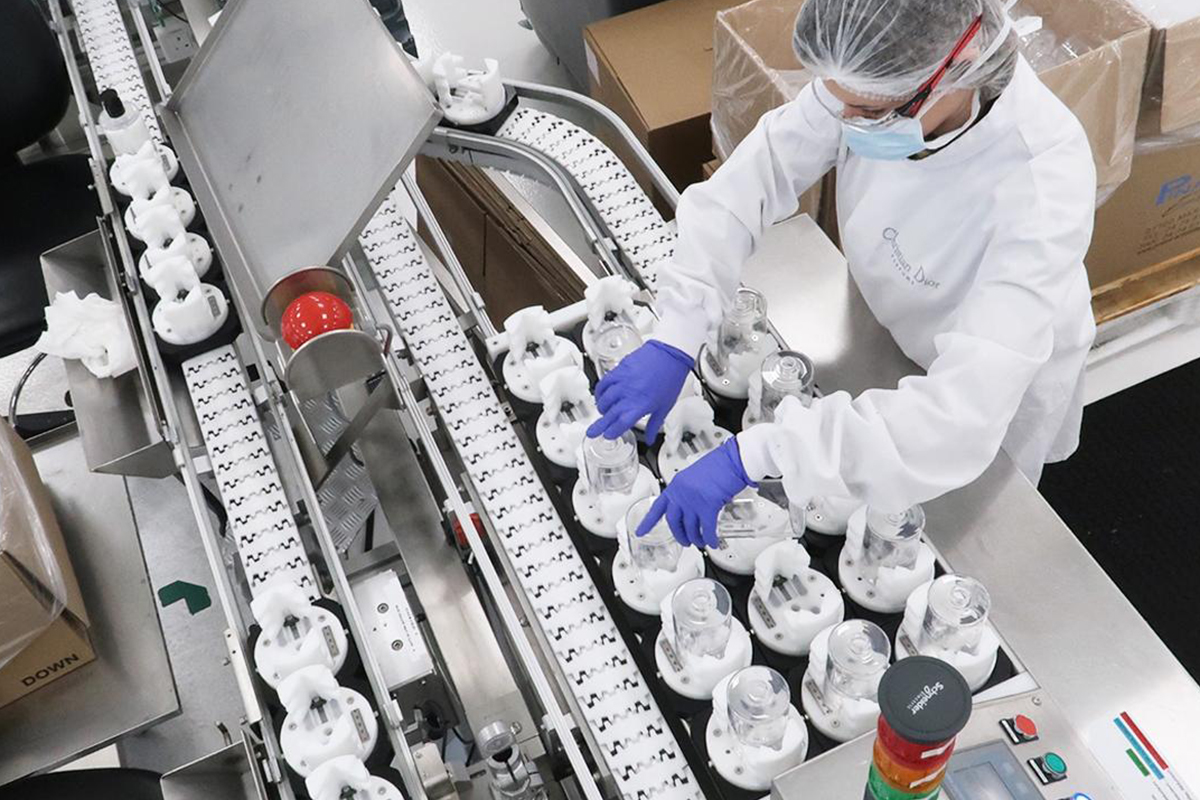 LVMH responded to the health crisis by producing hand sanitiser.

“In the short-term, this may be skewed towards individual health, but over time it will extend to sustainability in a more broader sense.” Consumer expectations surrounding sustainability and wellbeing predate COVID-19.

The pandemic has, however, brought into even greater focus the social efforts of our favourite brands. Consumers, especially the coveted market segments of women and millennials, have been watching how the big brands have responded to the crisis; LVMH took to producing hand sanitiser, Chanel started sewing face masks for France’s healthcare workers, and Gucci pledged hard cash donations.

Memories won’t fade quickly; consumers have pledged to support those deemed to have done good during the pandemic. While sustainability and consciousness alone may not be the sole reason a customer will make a purchase, there’s no doubt of its increasing influence in the decision-making process.

“The world’s environment and personal health are well intertwined from the angle of the consumer. It’s all part of a healthy lifestyle and personal brand that’s chased by the affluent segment,” writes Folland’s colleague at Reuter, Charmaine Lin, in its report ‘Luxury Chinese Consumers in a New Decade: 5 Macrotrends Shaping the 2020s’.

“The repatriation of China’s luxury spending is not new to 2020; however, different factors, including COVID-19, have made this trend fasten its pace,” says Folland. Whereas once mainland Chinese consumers would travel offshore – in particular to Hong Kong and Japan – to make their luxury purchases, the past three years have witnessed a rise in local shopping, encouraged by government incentives such as reduced import duties. 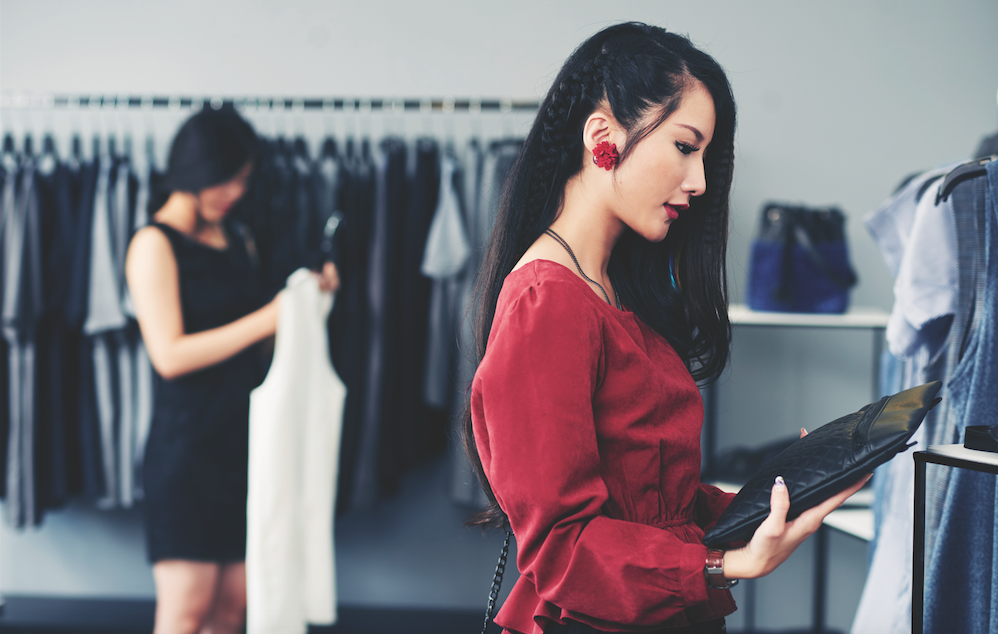 The COVID-19 travel restrictions will only continue to enhance the domestic spend, in the short-term at least. But beyond spending at home, there are other shifts at play. With economic security comes a growing sense of national pride.

A 2019 Nielsen study revealed that 68% of Chinese consumers prefer Made in China products. Home-grown brands may lack the heritage of established international players but compensate in other ways, particularly their innate understanding of business and cultural customs.

Then there are the Chinese conglomerates making smart moves in the luxury world, like
Fosun Fashion Group, which acquired French fashion house Lanvin in 2018.

Rapid adoption of 5G and proactive government tech policy means the Chinese digital ecosystem will continue to evolve at a rapid pace.

Virtual fittings and 3D measuring rooms are no longer the stuff of sci-fi fantasy. “(Luxury consumers) won’t need to wait and see if an item of clothing fits, for example, as the technology will tell them in advance,” Reuter predicts in its report. 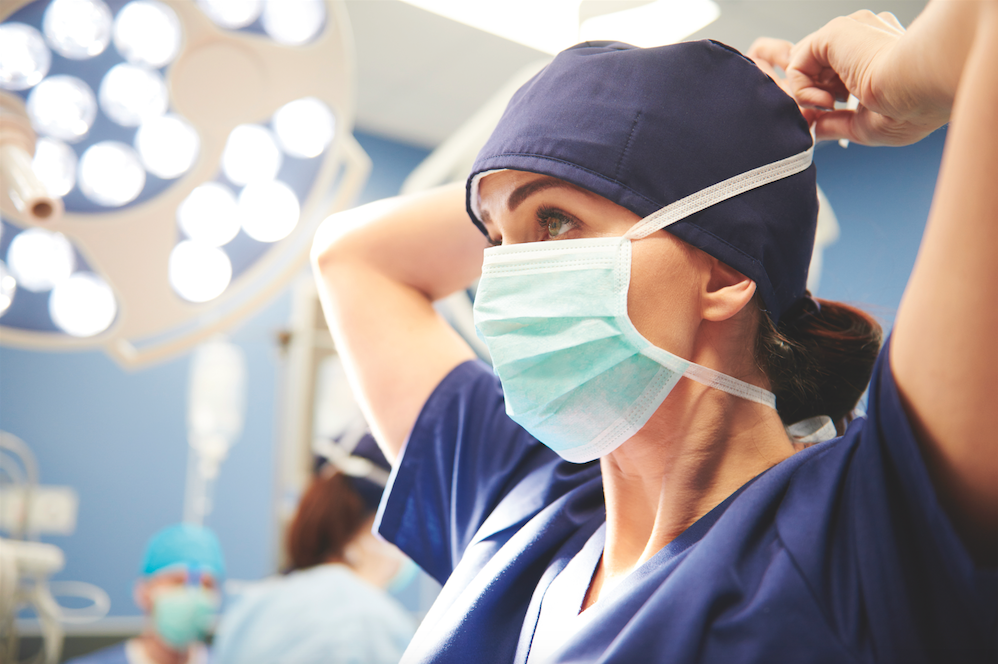 Chinese consumers may be digitally fluent but the same hasn’t been true for all luxury brands. COVID-19 has forced many to turn to online channels for the first time as a way to engage with their clientele.

“For example, we saw live streaming, already a growing trend over the past year or so, explode in a matter of weeks,” Folland explains. Unable to offer the in-person luxury experience to which their VIP customers are accustomed, businesses showed no hesitation in creating virtual alternatives.

“Dior Beauty and Louis Vuitton were among the brands to leverage WeChat (the Chinese mobile messaging service) for one-on-one product recommendations and styling service. Louis Vuitton, Prada, De Beers and Burberry were the first luxury brands to launch an account on WeChat Channels, the platform’s short video service, in March 2020,” Folland says.

Will these efforts convert into online spending? That’s the million-dollar question. While Net-a-Porter has launched on Tmall, and sites like Alibaba (Tmall’s owner) and Tencent are competing for the luxury dollar, the online market accounts for around 10% of all luxury sales in mainland China. Online or offline? The answer is both. Everything is interconnected.

“While many luxury consumers will still focus on the latest pieces, there are those who will be taking a more considered look at their next purchase as the outbreak shifts priorities,” Folland says, citing the launch of Tmall’s Luxury Soho ecommerce outlet for marked-down luxury items in April this year as an example.

Along with financial motivation, there are also environmental considerations at play, as the headlines generated by Burberry’s revelation that it burns US$36 million of stock each year demonstrate.

Another segment predicted to grow is the second-hand, or resale, market. Worth an estimated US$24 billion in 2018, the figure is predicted to increase to US$51 billion by 2023. The unicorn status of American second-hand luxury marketplace The RealReal is just one piece of a puzzle that, once completed, reveals the changing definitions of luxury.