Australia’s most prestigious business awards event returned for a ninth year and for many recipients, what a year it’s been. The challenges and hardships of 2020 have made this year’s honours even sweeter, and with that in mind here are all of the winners from The CEO Magazine’s 2020 Executive of the Year Awards. 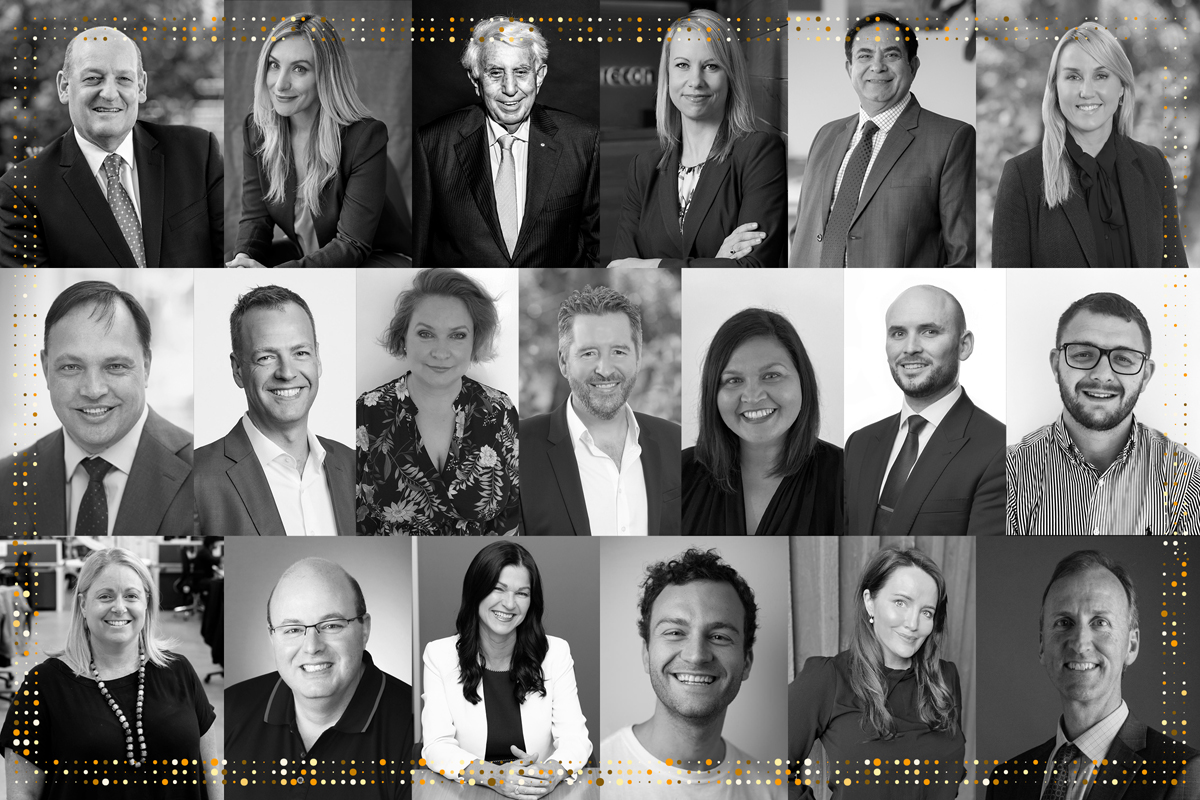 Female leaders had a significant presence at the event this year, with Aurecon’s Chief Executive of Australia and New Zealand, Louise Adams, taking out CEO of the Year – the second-only female to win the pinnacle award in nine years. Also, for the first time in the Awards’ history, women took out more categories than men – across the 15 award categories, eight female executives were recipients (excluding the Lifetime Achievement Award which does not accept applications).

The Executive of the Year Awards will return in 2021 as a black-tie event at The Star, Sydney on 18 November. We’d like to thank Maserati for returning as our major sponsor for the virtual 2020 event. 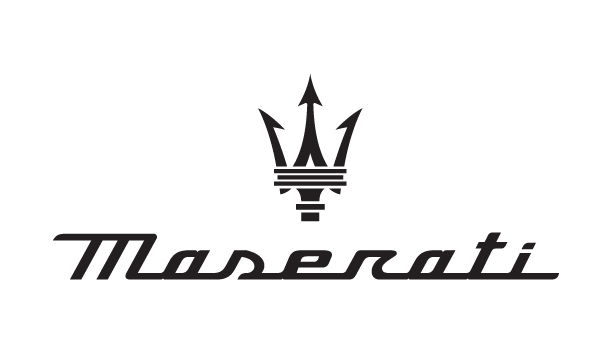 Louise’s revamp of Aurecon’s ANZ executive leadership team couldn’t have come at a better time. Initially designed to reconnect siloed departments and allow a united team to better meet growth and profitability targets, the value and prescience of the move became obvious during the COVID-19 pandemic. Aurecon was able to weather the global storm and enjoy a significant uplift in profitability. It’s the kind of forward thinking that’s kept Louise at the top of her game throughout her 20 years with the engineering giant. 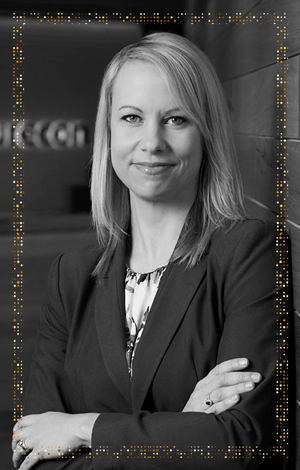 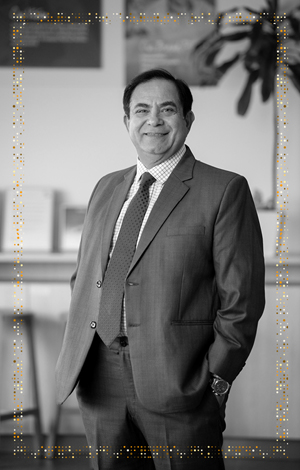 CEO of the Year – Runner-Up

According to Sanjiv, an exceptional leader makes good decisions in a timely manner. In 2020, responsible for the decisions that would keep Atlas Iron afloat during COVID-19, he led by example. At the time of his application, the company had not had a single case, and he engaged with the company’s contractors to de-risk its crushing and haulage supply chains ahead of global collapse caused by the pandemic. Subsequently, Sanjiv made the crucial decision to invest in Corunna Downs, extending Atlas Iron’s mine life from 2022 to 2027 and improving the company’s sustainability.

Born into a family of sugar cane and cattle farmers, Mark’s hands-on experience in the field – not to mention his time at the top of companies such as Grain Growers, Farmoz, Wesfarmers Landmark and Jeminex – has been a boon for Elders. Mark’s deep understanding of Australia’s farmers and respect for individual knowledge and capability ensured Elders kept its entire network open during COVID-19, and supported staff and clients alike during bushfires, drought and flood. 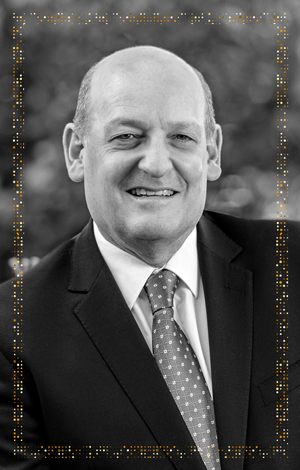 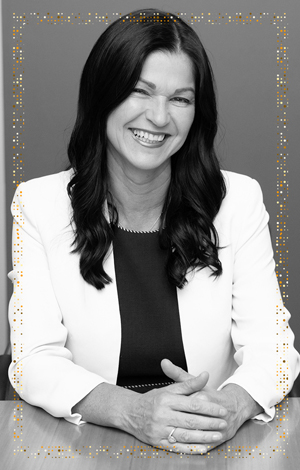 With a background in occupational therapy, Marcella has applied her philosophy of wellbeing and inclusion to her role as Arriba Group’s Managing Director since July 2017. As such, the company enjoys outstanding staff engagement and retention, which served Arriba well during the COVID-19 pandemic. Marcella’s empathetic leadership style is also at the heart of Arriba’s customer-centric focus: the Group managed an impressive 100% contract renewal during FY19-20, and won all eight tenders it applied for.

Managing Director of the Year – Runner-Up

A straight-talking telco sounds like an alien concept, but that’s what’s made Phil an industry disrupter. Aussie Broadband has worked tirelessly outside the box, building its own national network and publishing daily bandwidth graphs. His encouragement of diverse thinking and no-nonsense approach has proved refreshing: in June, Aussie connected its 250,000th customer. Phil has led calls for the NBN to move from usage-based charges to a single access fee based on speed tiers – a payment method that he believes better reflects the way Australians use the internet, particularly post-COVID-19. 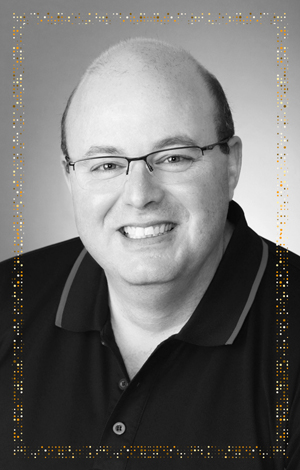 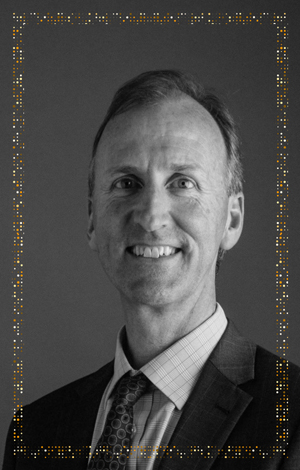 When Acumentis Group fell victim to two cyber-criminal attacks in 2019 that resulted in clients suspending their service, John kept calm and took immediate action. As CFO, he believes an intimate understanding of cashflow is imperative to success. By developing sophisticated cashflow and forecasting models, achieving a successful capital raise and guiding Acumentis into safe harbour protections, John’s swift, decisive leadership was instrumental in the company’s recovery.

CIO of the Year

Jack Broughton, Head of IT

A solid IT department doesn’t just help a business grow, it also grows with the business. That’s been true of Jack’s experience at King Living over the past eight years; in that time he’s built up a robust and innovative IT system that’s allowed the company to expand from 10 Australian stores to 26 locations across six countries. By implementing a strategy of integration and automation with an honest, can-do attitude, he has ensured King Living is well positioned to withstand the current IT skills gap and continue to grow. 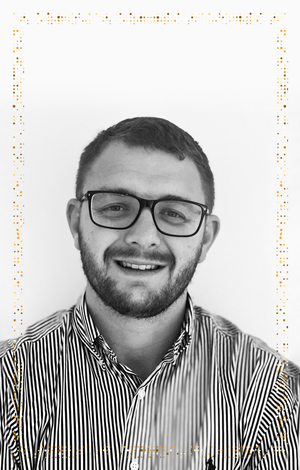 CMO of the Year

As part of Spotify’s AU and NZ launch team, Serena has faced plenty of challenges during her eight years with the service, but she believes the COVID-19 pandemic may be the greatest yet. Tasked with a total overhaul of Spotify’s 2020 strategy, Serena drew on her resilience, influence and creativity. In an impossible small window of time, her team created the #listenlocal movement, which boosted Spotify’s stakeholders and galvanised the service with renewed purpose, passion and mission.

COO of the Year

It’s been a productive 12 months for mining giant Roy Hill since Gerhard, a veteran of Fortescue Metals and BHP, joined as COO. The miner’s new magnetic separation plant, a first for the Pilbara, became operational in Q4 FY20; that same quarter, production hit an all-time high of 60MTPA. Safety also reached new heights – not a single case of COVID-19 was recorded across operations during the pandemic. A proponent of simplification, Gerhard believes it played a key role in Roy Hill’s bumper year. 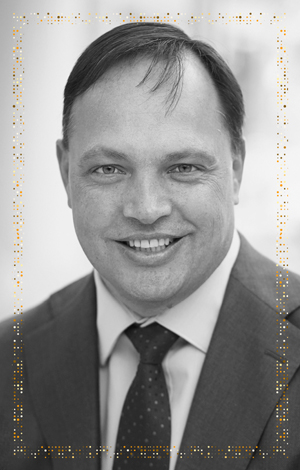 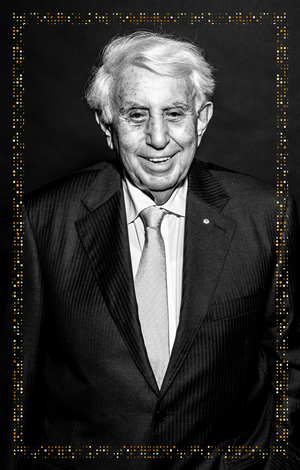 As the billion-dollar business magnate behind Australia’s largest and most successful residential developer, Meriton Group, Harry has had a career like no other. The influential leader, dubbed ‘high-rise Harry’, founded the business in 1963, at age 30, pioneering higher-density living in Sydney. His idea to promote apartments as an alternative to freestanding homes quickly gained popularity, leading to decades of success and wealth generation in the property market. Under his directorship, Meriton Group has built, sold and leased more than 75,000 apartments, as well as some of the tallest residential towers in Sydney, Brisbane and the Gold Coast. He’s one of the country’s richest people and is an extremely generous philanthropist, giving around A$3 million each year through the Harry Triguboff Foundation. The CEO Magazine’s 2020 Lifetime Achievement Award is one of many he has been a recipient of, thanks to his monumental contributions to Australian business.

Executive Assistant of the Year

Talitha Ramsey, Executive Assistant to the Executive Chairman and CEO

On top of everything else that comes with being Gina Rinehart’s EA, 2020 threw Talitha the bonus challenge of COVID-19. Amid all the implementations of pandemic protocols and working from home procedures and keeping employees in the loop with dissemination of critical communications from above, Talitha still has the energy to be a receptive, honest and empathetic ear for Australia’s richest person. For all that and more, we salute you. HR and Recruitment Executive of the Year

As a leading wellness business and proponent of natural beauty, culture is an important part of BWX. When hiring and retaining staff, Ingrid aims for a highly diverse workforce that exemplifies company values. During her first 12 months in the role, she initiated a communications program designed to firmly embed BWX’s culture, purpose and vision into that workforce. The results transformed its workplace culture and boosted employee engagement – a testament to the unifying power of company culture.

Media Executive of the Year

Before the COVID-19 pandemic, a four-day working week was widely considered ‘permanent part time’. This didn’t stop Kath from making it the standard at VERSA as a way to improve the mental health of her team. It was an instant hit: retention is up, sick days are down, profits have tripled and revenue has jumped 46%. Even at the height of the coronavirus crisis, VERSA’s four-day week and positive culture allowed the business to quickly adapt to new needs, expand beyond Australia’s borders and secure high-profile partnerships with Google, Amazon and Microsoft. 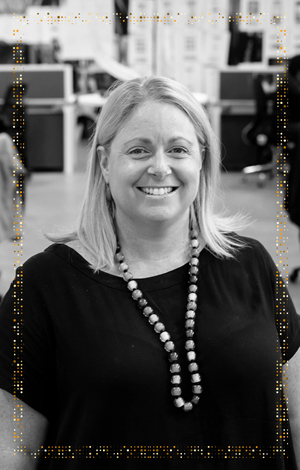 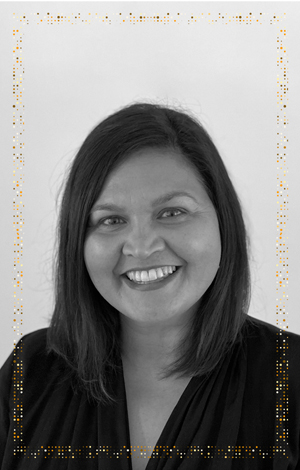 Not-For-Profit Executive of the Year

Under Arani’s guidance, Ronald McDonald House Charities Greater Western Sydney has acquired 900 new donors, exceeded its fundraising target by 391% and increased its Facebook audience by 494%. During COVID-19 lockdowns, she oversaw the development and launch of a new virtual campaign that further boosted RMHC’s profile and exceeded fundraising goals by 250%. A resident of Western Sydney, Arani is committed to the growth of the region, particularly the creation of local jobs.

A strong advocate of the value of further education in the building industry, Andrew’s dedication has positively impacted the career opportunities of more than 30,000 graduates in the training organisations he’s been a part of. A three-time finalist in the Executive of the Year Awards, he has leveraged his many directorship and senior advisory committee positions to make significant changes in the broader tertiary education sector. Throughout the COVID-19 pandemic, Andrew’s leadership ensured not one job was lost in his organisation; in fact, 17 roles were added. 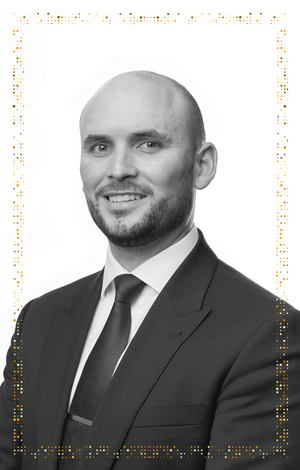 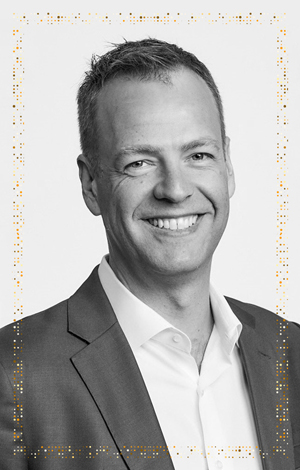 Property Executive of the Year

A 10-year veteran of Coles Group, Thinus’s portfolio includes 820 supermarkets, 1,000 Liquorland, First Choice and Vintage Cellars stores, and 750 Coles Express sites. Sensing this was perhaps a little light, over the past year he rolled out a further eight supermarkets, 20 new liquor stores and the award-winning Coles Local initiative. Through strong relationships with landlords and developers, Thinus has also kept Coles in the property market; this year, he inked four significant industrial deals that have enabled investment in distribution centres and online automation.

Sales Executive of the Year

Stephen learned to develop and lead high-performing teams during his time with pharmaceuticals Novartis and Kimberly-Clark, so when he joined BWX in July 2019 he hit the ground running. In 12 months, team engagement at BWX jumped from 41% to 91%. At the same time, Stephen worked to change customer perception of BWX to a company that’s credible, strategic and understands the consumer. For his efforts, BWX has enjoyed topline domestic growth of 52.5% and 30.9% overseas, while the man himself is our Sales Executive of the Year. 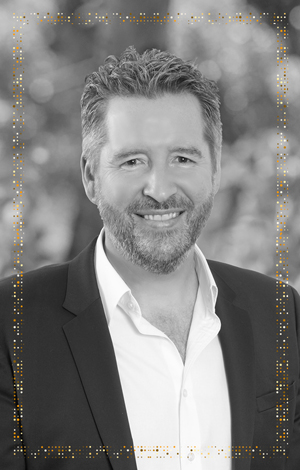 Startup Executive of the Year

Amanda has dedicated her career to the use of technology to lower the global suicide rate at a time when the improvement of mental health has become more important than ever. Her self-funded startup Transhuman has partnered with leading global companies to develop emotion AI technology and breakthroughs in human-machine symbiosis. Amanda’s innovative work helped make her the first Australian to make Time magazine’s annual list of ‘Next Generation Leaders’.

From an impromptu stint as a friend’s dog-sitter to top dog at Australia’s top online provider of everything ‘pet’, Alexis has had quite a journey over the past six years. In his quest to make pet ownership easier for all Australians, he has transitioned from co-founder to ‘Company builder-in-Chief’, taken Mad Paws from a 95% revenue drop to 90% year-on-year growth, guided his 40-strong team through a global pandemic, joined the ranks of Forbes’ 30 Under 30 Asia Pacific, and can now add The CEO Magazine’s Young Executive of the Year to his stable. Missed out on applying for the 2020 Executive of the Year Awards?

The Executive of the Year Awards will return in 2021, you can register your interest now.