To help you surf the swirling sea of auto options, we’ve put together our ultimate list of luxe rides; a carefully curated guide to all the automotive goodness available today. 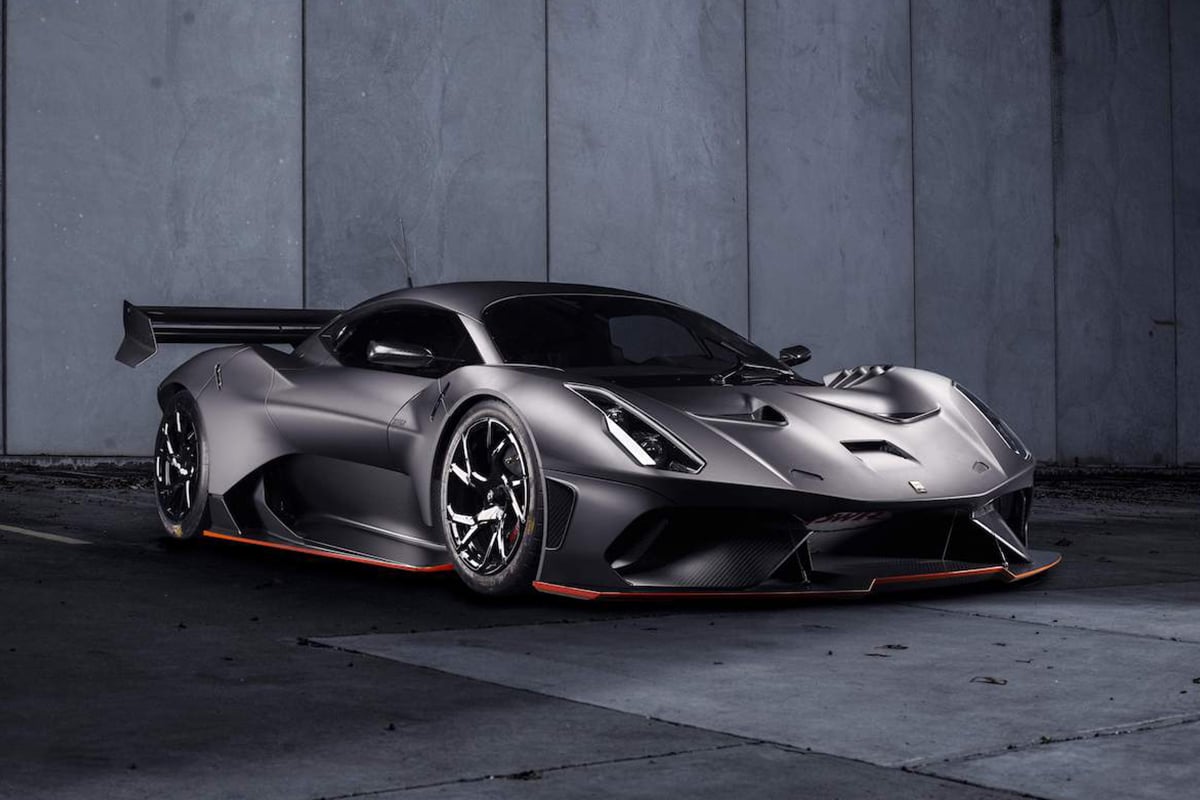 Remember when the automotive world was a simple place to navigate? One in which choosing your new set of luxury wheels was as easy as picking the car you thought would turn your neighbours and colleagues the most vibrant shade of green?

Those times have changed, of course, and now there is a long and confusing list of considerations to tackle before you even start shopping.

Will it be petrol powered? Or maybe electric? Or even a bit of both? Will you be doing the driving? Or will you be riding feet-up in the backseat? Do you want a two-seat speedster that’s as practical as see-through curtains? Or do you want a supercar SUV that will annihilate the school run?

Raw numbers rarely capture the emotion of the most super of supercars, but when they’re as outrageous as the ones attached to the McLaren Speedtail, we really have no choice. Its twin-turbo V8 and electric-hybrid powertrain produces a staggering 772kW, pushing the Speedtail to 300km/h in just 12.8 seconds. That scenery-warping speed makes this the fastest McLaren of all time. Price: A$3.2 million

We sat down with McLaren CEO Mike Flewitt to discuss some of the most important things he’s learned about the industry. 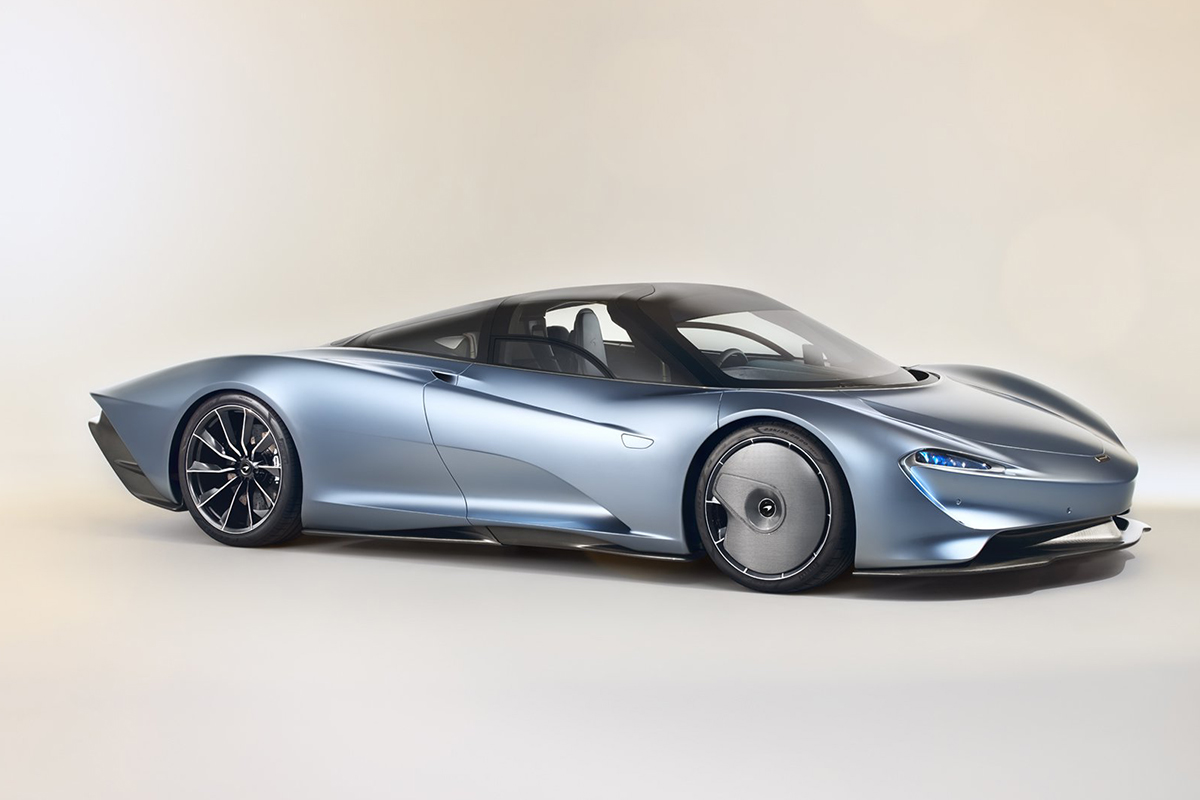 Alpine A110: The Comeback Kid

The A110 is a classic reborn; a modern take on an iconic French racer that shone on rally stages across Europe in the 1960s and 1970s. Happily, this new one hasn’t strayed far from its lightweight roots. Namely a small(ish) engine (185kW and 320Nm) propelling a vehicle designed from the ground up with laser focus on reducing excess baggage and improving handling. Price: A$99,000 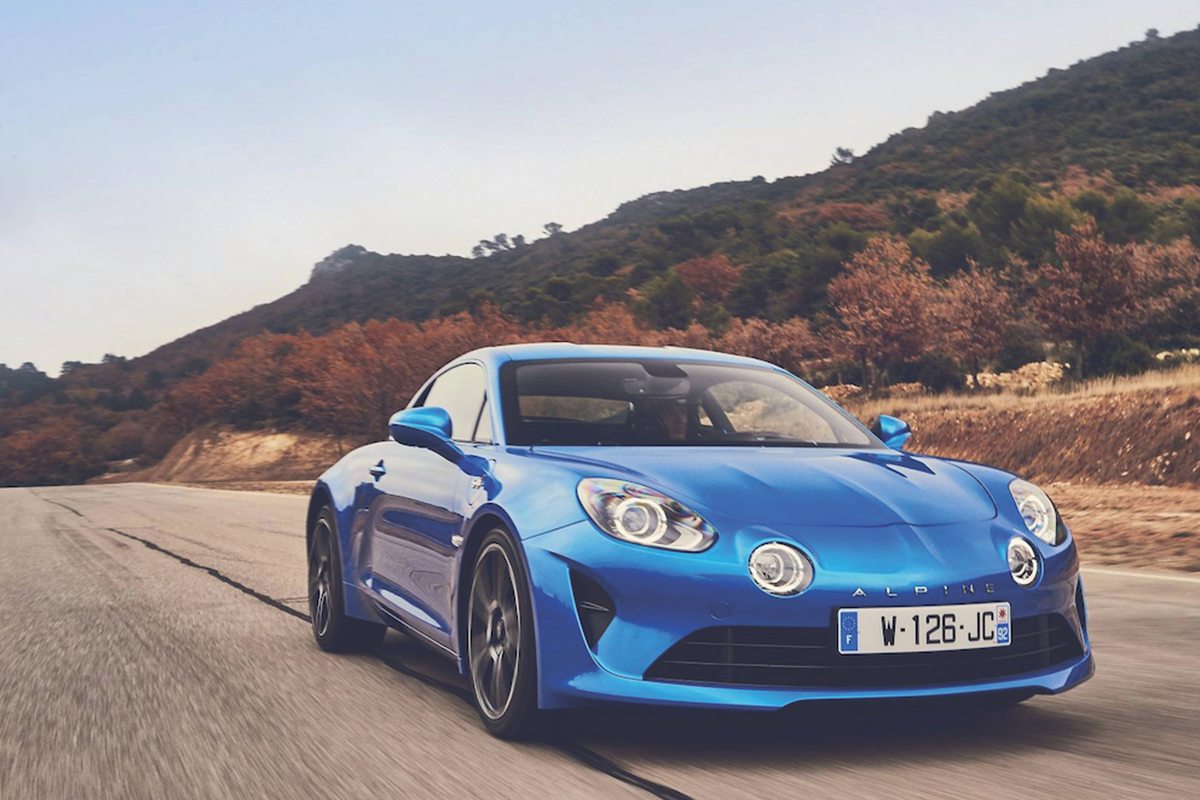 The Italian brand’s first-ever SUV doesn’t just look fast. Its Ferrari-borrowed V6 engine and scalpel-sharp handling leave lesser performance cars fading in its rearview mirror. And it does it all with five people on board and a boot full of groceries. Practicality has never been this potent. Or this pretty. Price: A$149,900 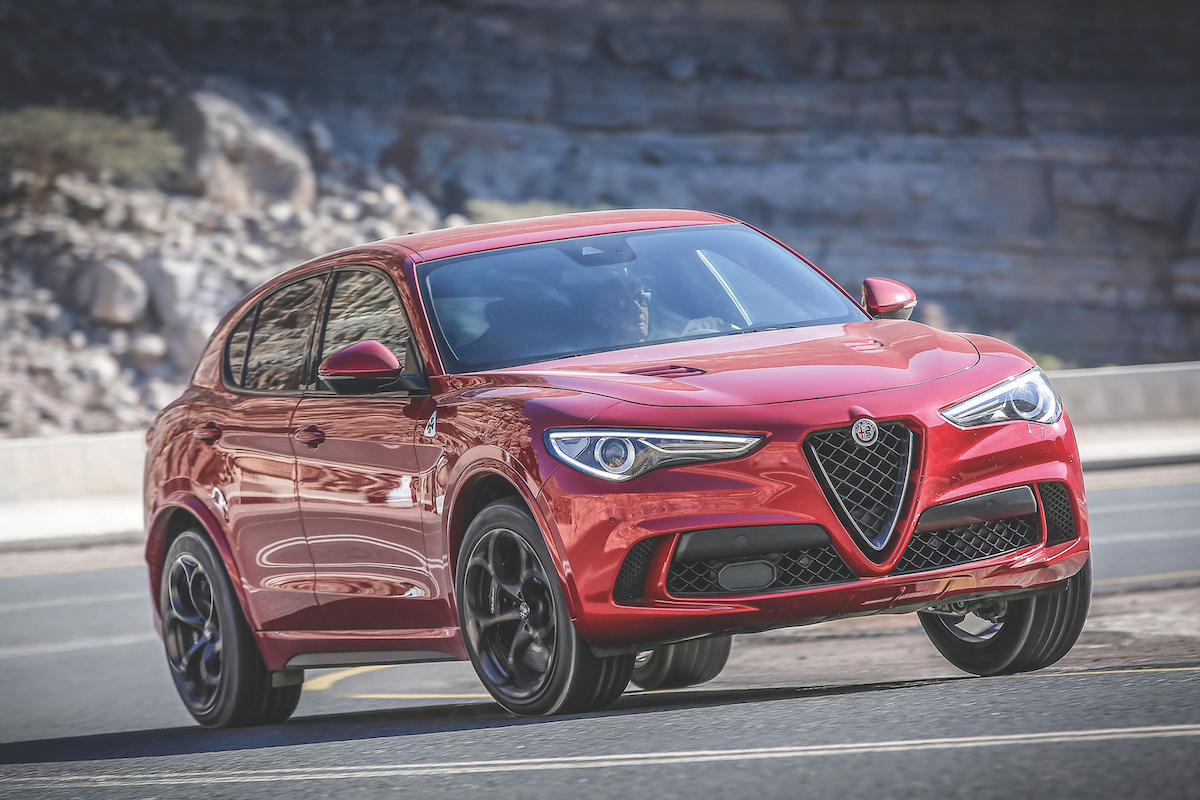 There’s no such thing as a super SUV, we said. And we were wrong. Because Lamborghini’s Urus is every bit a fire-breathing Italian supercar, only it’s also a practical and capable SUV. Sure, it looks like someone has randomly thrown pieces of sharp metal at a magnet, and then used that as the design for the Urus, but hey, supercars (even SUV-shaped ones) are supposed to be eye-catching. Price: A$390,000 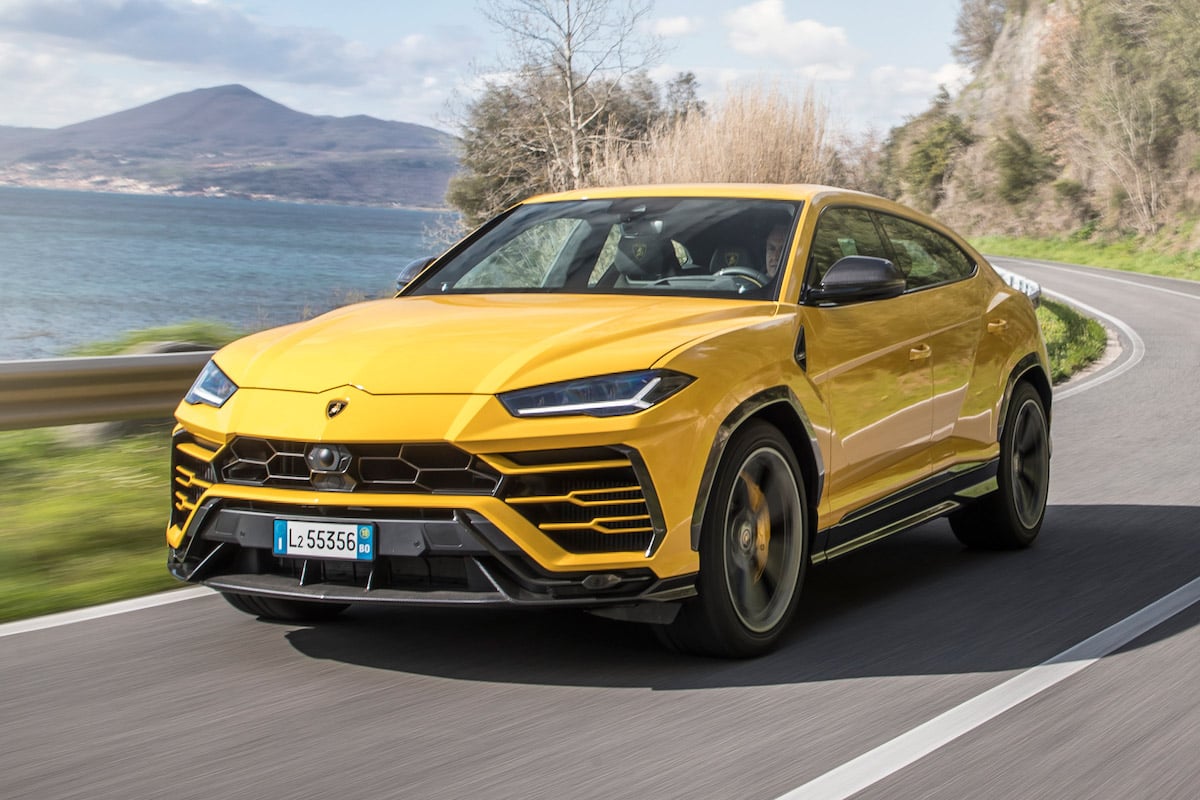 Few thought local automotive manufacturing would ever return to Australia, but fewer still thought that, if it did, it would take the shape of the Brabham BT62. And yet this carbon-fibre masterpiece, weighing just 972kg and powered by a whopping V8, is being built in Adelaide, just a kilometre or so from where the Holden Commodore was manufactured. If the name sounds familiar – and it should – it’s because the car is designed by David Brabham, son of Australian F1 champion Sir Jack Brabham. Price: A$1.8 million 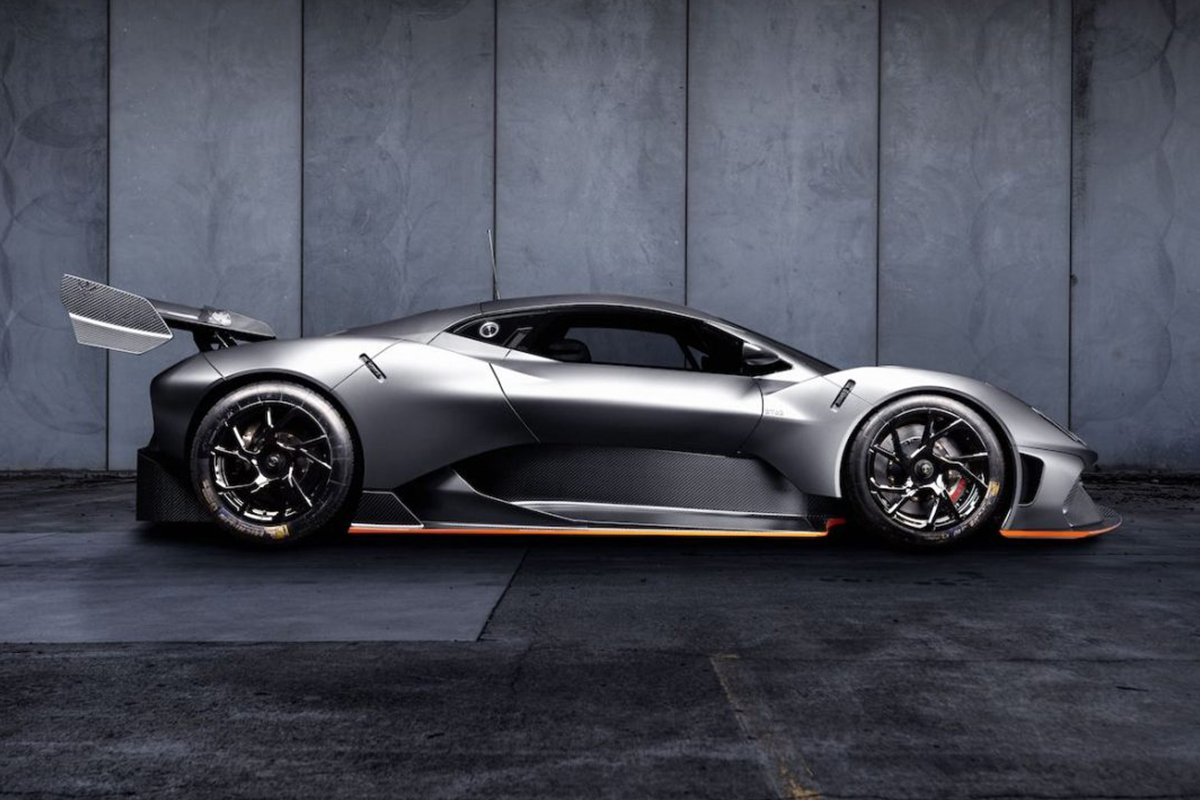 Audi’s flagship SUV is a study in all things luxe family transport. It might look like a block of flats, but the Q8 is actually designed to only carry five people, albeit in luxurious comfort. But the standout here is the cabin; pared-back but still overflowing with technology, including its own wi-fi hotspot. Price: A$128,900

We got behind the wheel of the Audi Q8 – this is what happened. 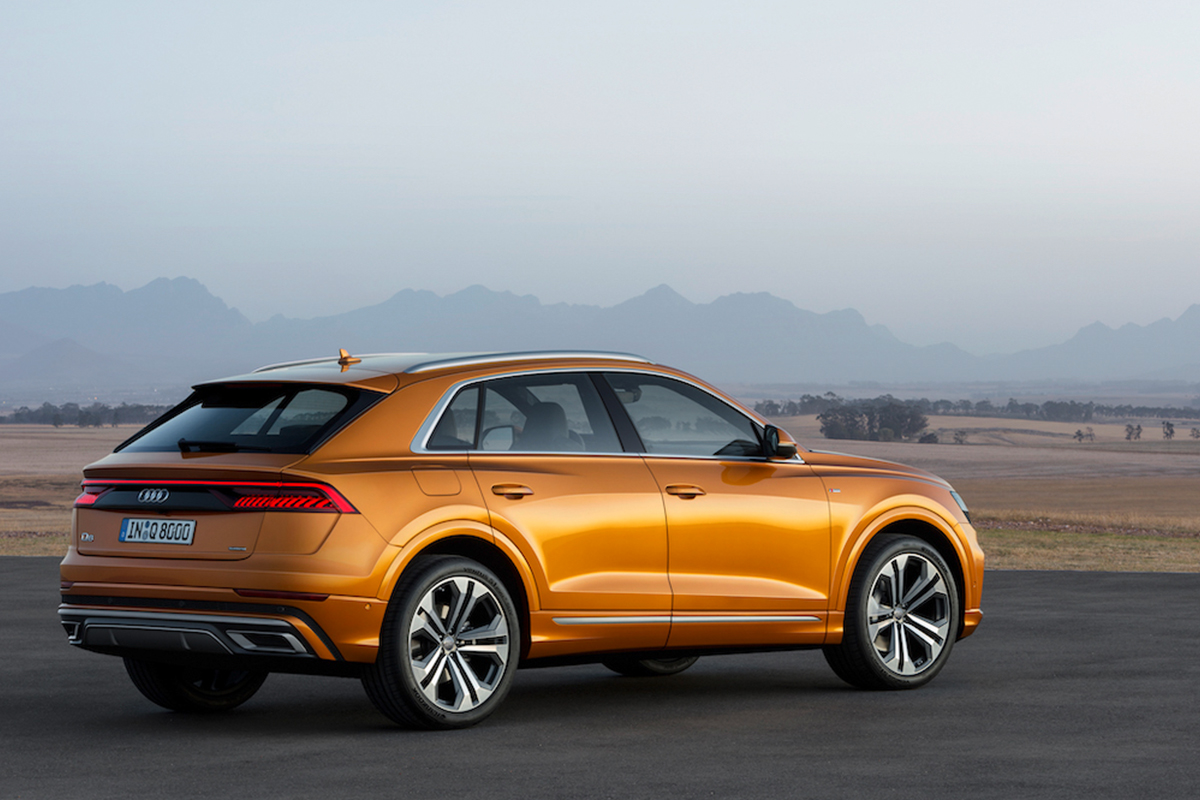 You can’t have a muscle car without the muscle, and there are few vehicles with biceps quite so bulging as the Chevrolet Camaro ZL1. Converted from left- to right-hand drive by HSV in Australia, the ZL1 is the most powerful Camaro ever built. And we do mean powerful; its 6.2L supercharged V8 sends a rich flow of power to its rear tyres, which then happily disintegrate into plumes of thick smoke. So American it should be powered by cheeseburgers and Springsteen. Price: A$159,990 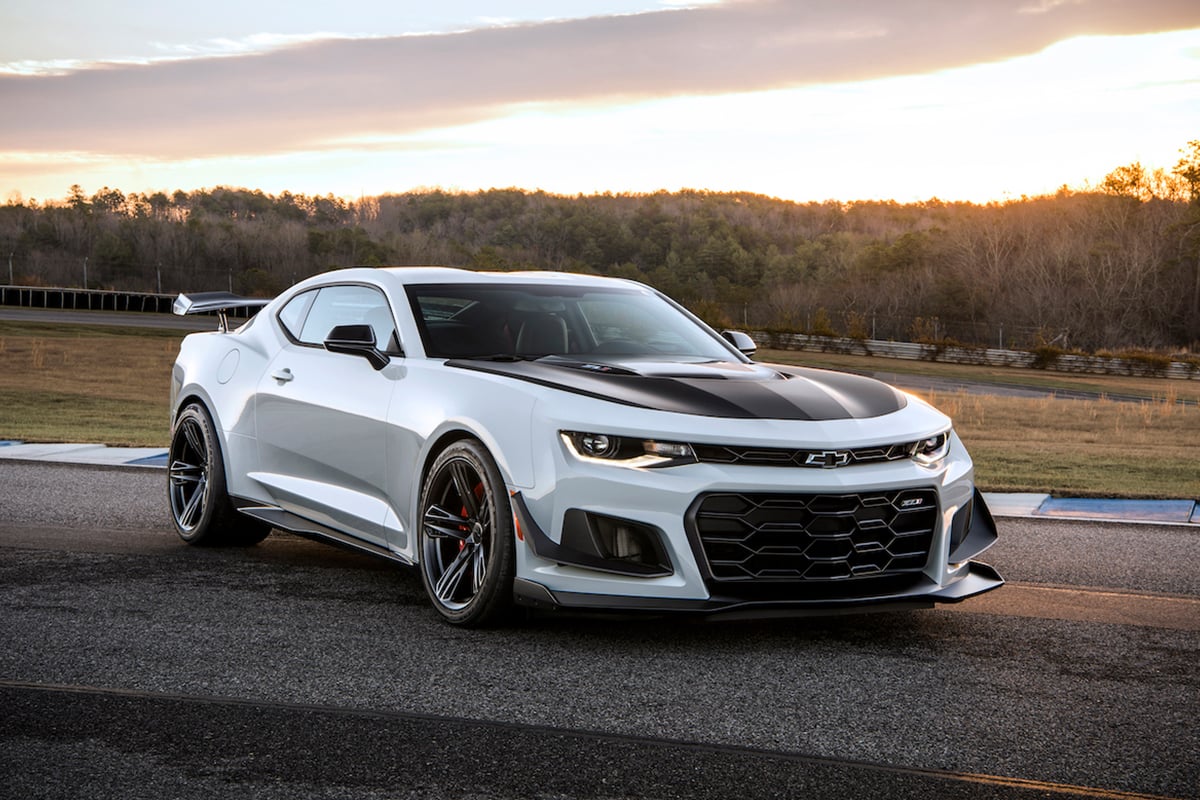 While Zed cars of old were more miss than hit when it came to design, this new version absolutely nails the tough convertible brief. And even more so under the bonnet, where in the fastest versions there lurks a turbocharged straight-six engine powerful enough to drown out any lingering doubts you might have about investing in a convertible in a country with summers hot enough to melt steel. Price: A$124,900 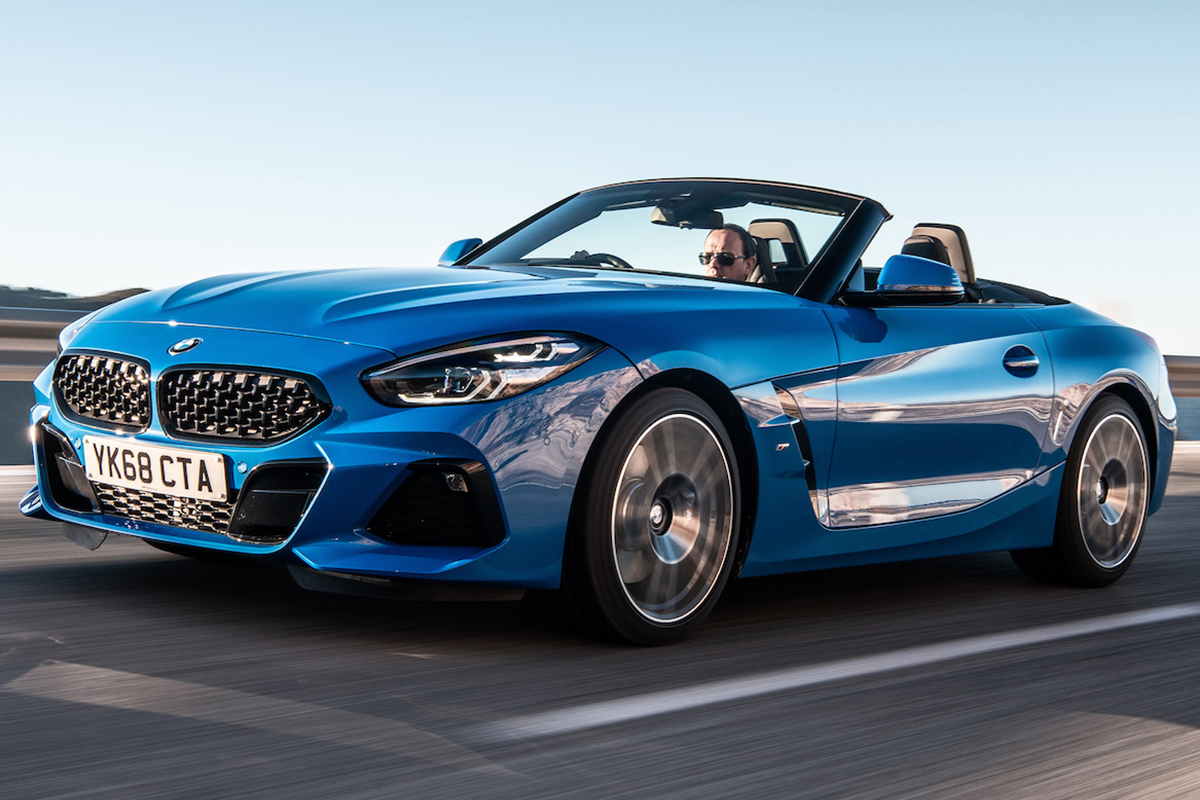 BMW rarely uses the number eight, and only on its most special cars, and this new M850i – the first new 8 Series since 1999 – certainly lives up to its pedigree. Tough-but-beautiful looks, a slinky two-door design, a whopping-great twin-turbocharged V8 engine, and more plush niceties in the cabin than you can poke a velvet-gloved finger at. The M850i Coupe is a return to form for the flagship Beemer. Price: A$272,900 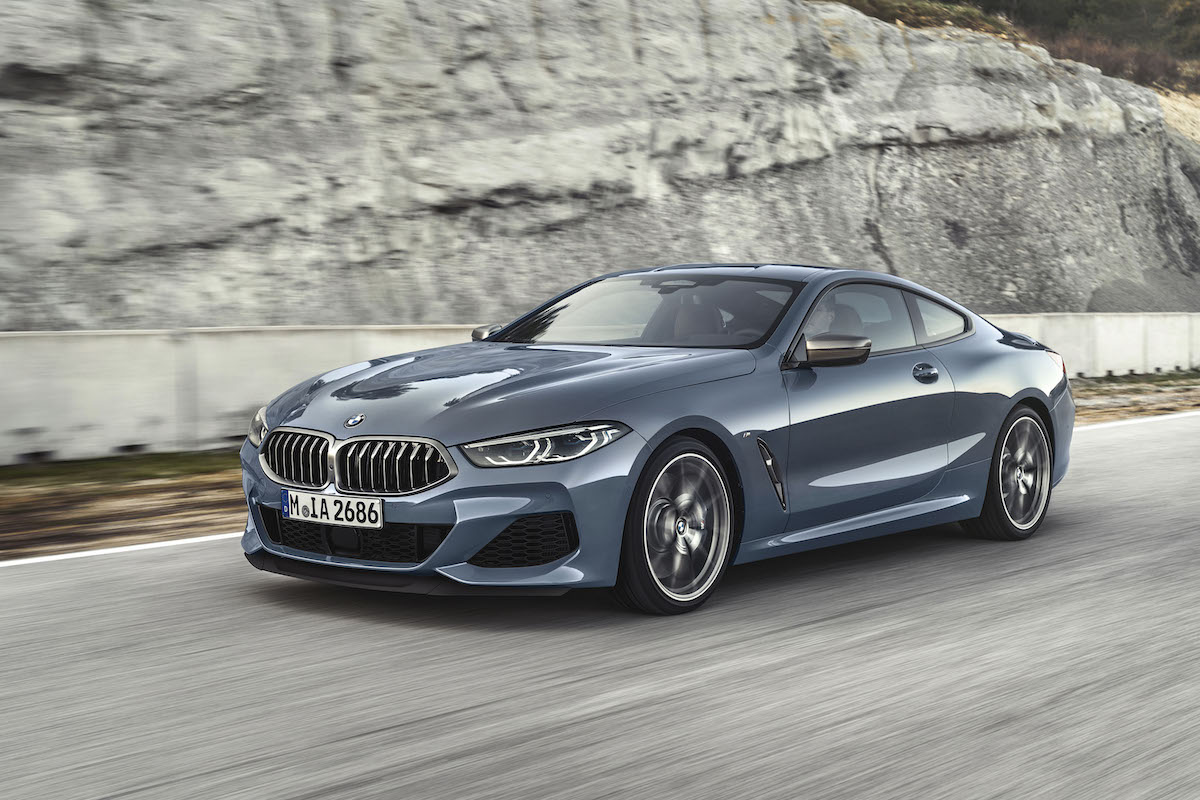 When the words “most powerful” and “Ferrari” are used in the same sentence, you know you’re onto something special. And so it is with the Ferrari F8 Tributo, which is home to the most potent V8 engine ever used by the famed Prancing Horse. The latest evolution of the brand’s legendary 488 GTB, it packs one hell of a wallop courtesy of that twin-turbocharged 3.9-litre V8. Just how much of a wallop, you ask? Try 520kW and 770Nm – and that’s enough to hunt down 100km/h in just 2.9 seconds. Even more terrifying, though, is that just 4.9 seconds later, this fastest of V8 Ferraris will be travelling at a scenery-warping 200km/h. Price: A$484,888

Ever wondered what it’s like to live like a Ferrari owner for the day? We got an exhilarating taste. 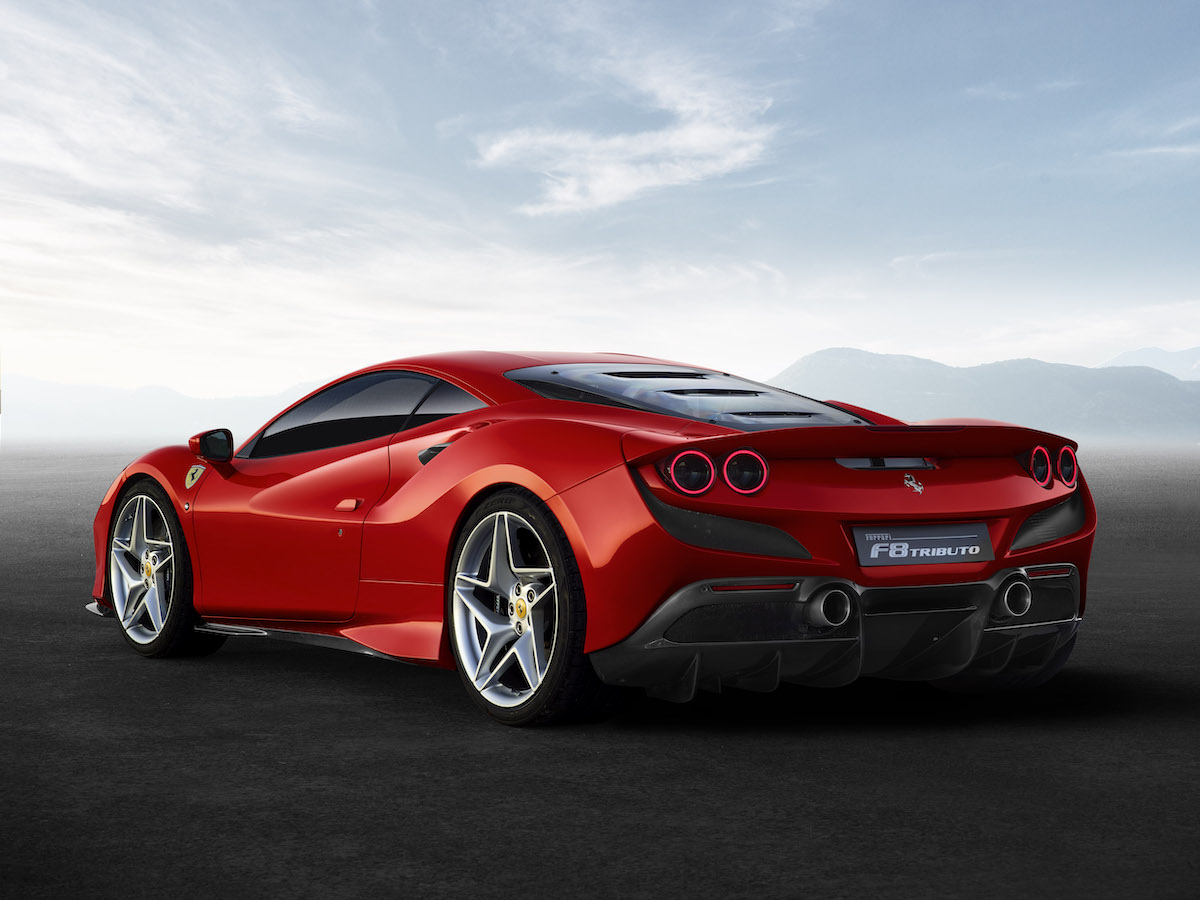 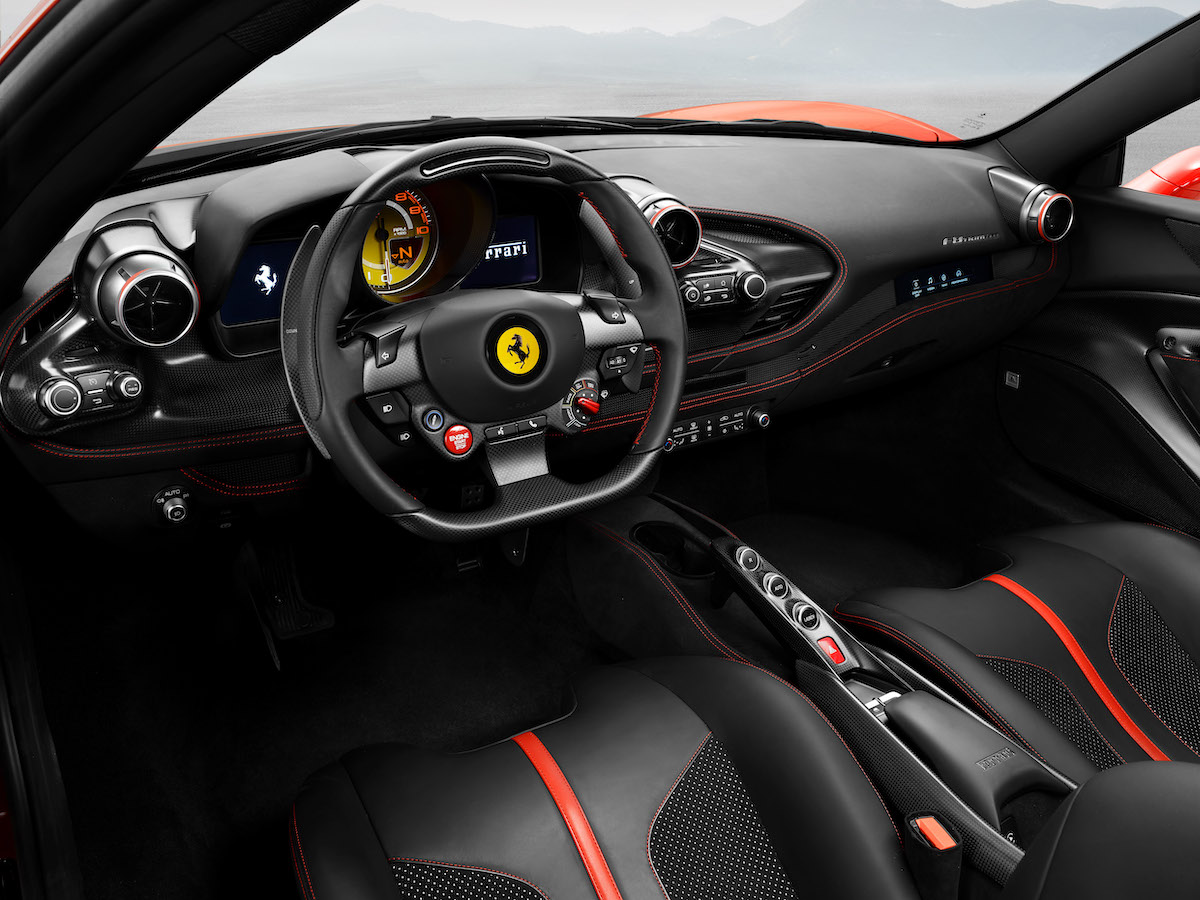 Elon Musk’s “affordable” EV, the Model 3, is finally set to launch in Australia, and with a waiting list as long as the Tesla boss’s Twitter feed, it is destined to be a hit. Happily, it actually deserves to be one, too, with industry-leading battery technology and a cabin that’s super tech savvy. Price: TBA 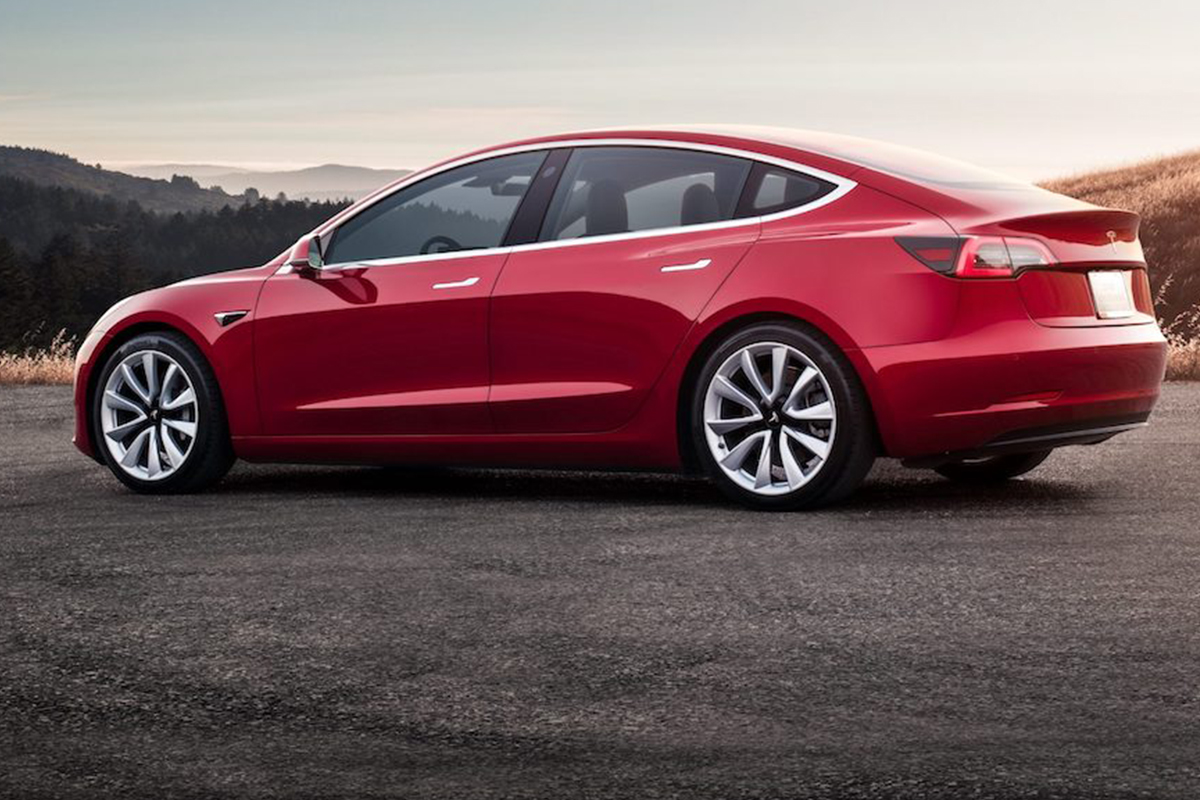 How often is the best of something also the cheapest of something? But so it is with the Lexus UX, which might just be the finest product the Japanese brand sells in Australia. A new and fun-focused engineering program has ensured this SUV doesn’t actually drive like one. Price: A$44,450 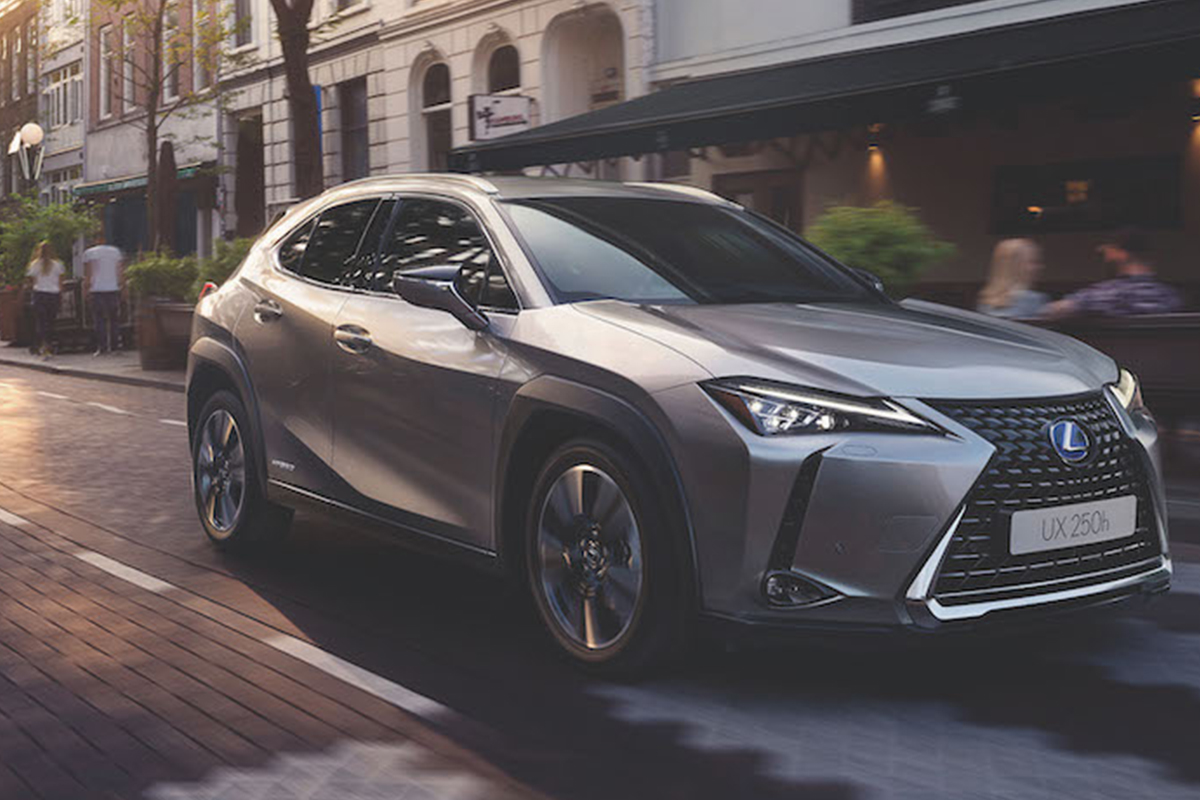 The greatest Porsche ever made. Let the weight of that sentence wash over you for a moment. Here is a company that has been pumping out world-beating performance cars for decades, but this 911 Speedster beats them all. As well it should, given its A$600k sticker price. Think of the stunning Speedster as a GT3, only lighter, and without a roof. Price: A$604,800

Take a look inside the world’s biggest and most thrilling Porsche festival. 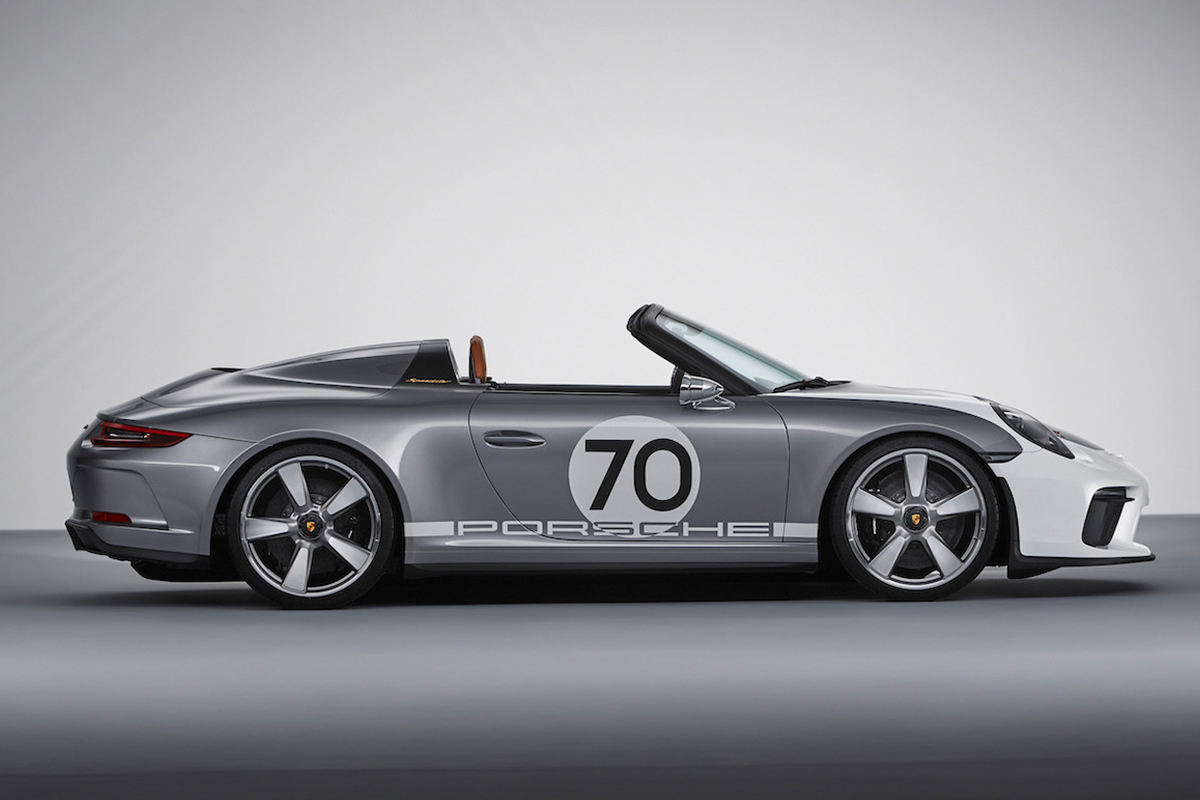 Mercedes might be late to the all-electric party, but it’s making up for lost time with its EQC SUV. The first in a wave of models to be released under its Tesla-rivalling EQ sub-brand, the EQC drives, rides and feels like a Mercedes-Benz. Which is probably the best compliment you can pay it. The EQC will drive for more than 400kms between charges, and it’s surprisingly fast, too. Price: (approx) A$140,000

We went behind the scenes at Mercedes-AMG’s F1 facility and discovered what F1 racing really does to the human body. 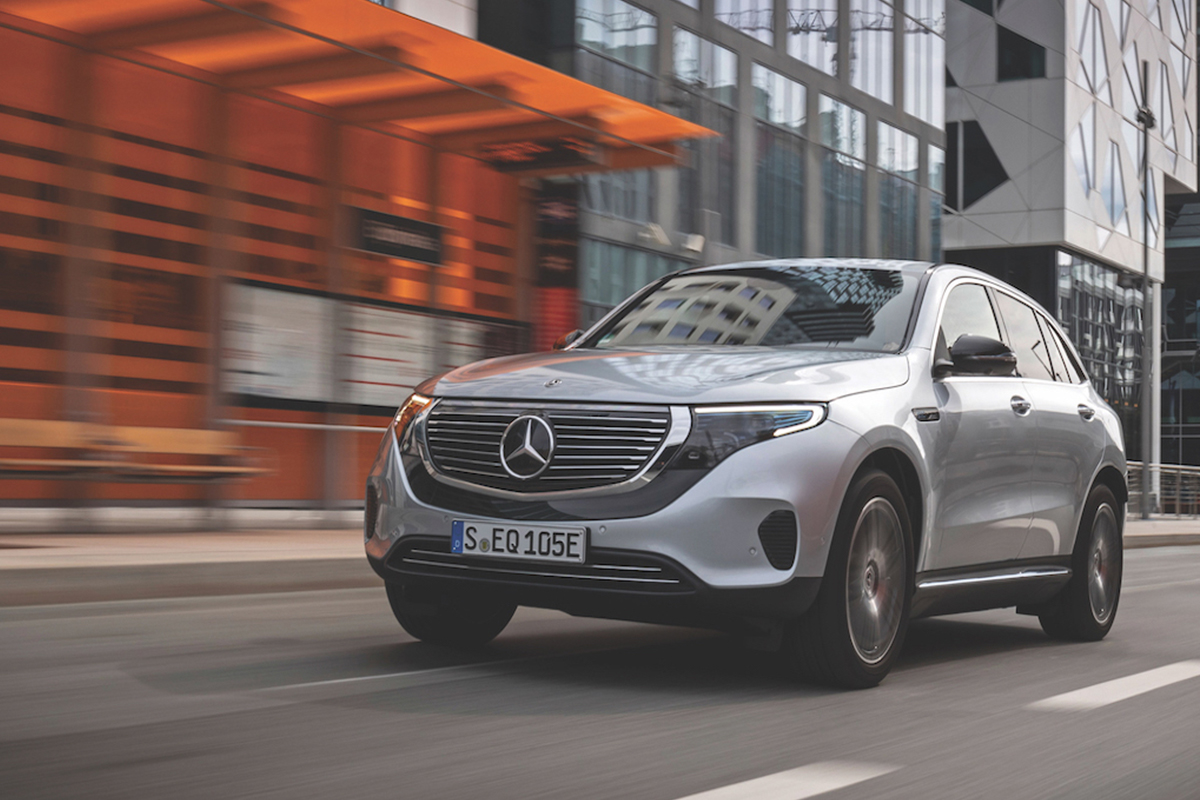 Convertibles aren’t famous for their luxury and serenity, but then, most convertibles aren’t the Bentley Continental GT. Potently powerful, and yet soaked in luxury, the big Bentley still feels like someone has strapped a 6.0-litre W12 engine to a first-class suite, only now with more sunshine streaming in. Price: A$464,600 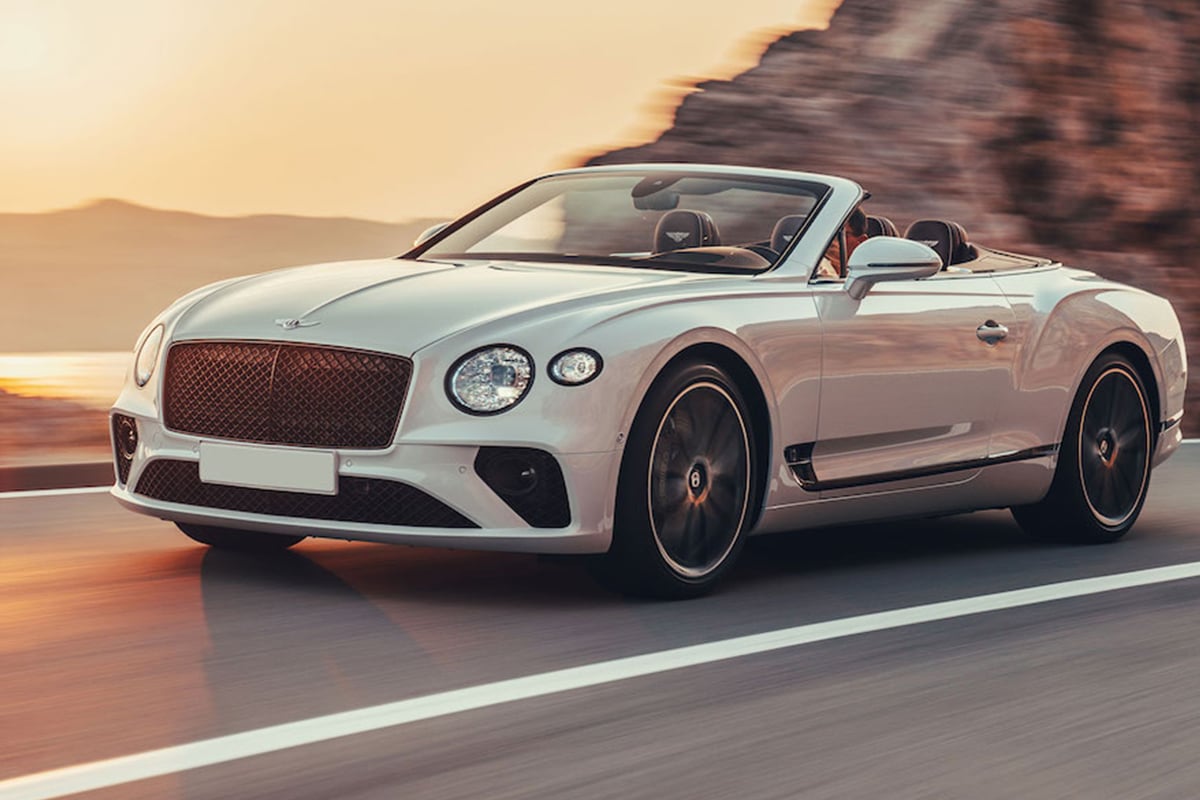 The German giants should underestimate Genesis at their peril. Yes, plenty of brands have tried to topple Audi, BMW and Mercedes-Benz before. And most have failed. But they didn’t have the hugely convincing, plush-feeling G70 sedan in their arsenal. Genesis might be Hyundai’s premium brand, but the G70’s 3.3-litre bi-turbo V6 feels anything but mainstream. Price: A$71,000

Genesis has made its debut in the Australian market in true style. 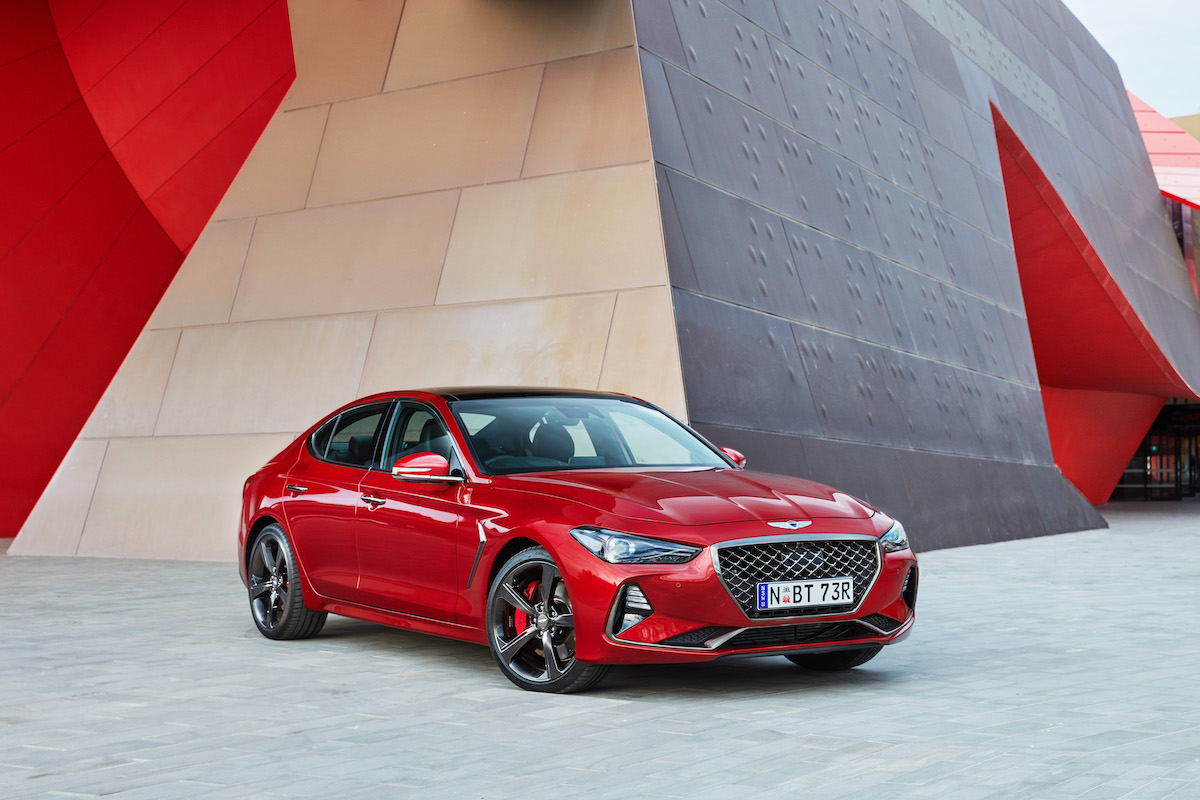 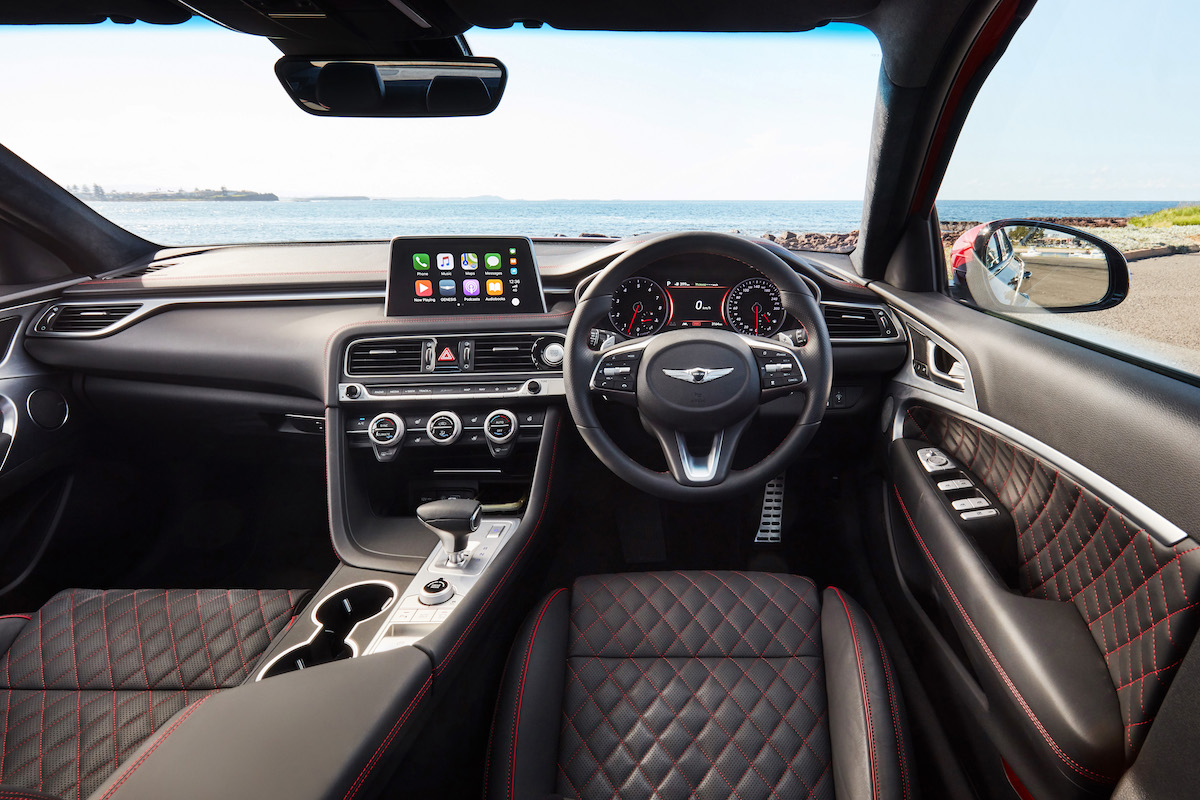 There’s not much point in having famous siblings if you can’t lean on them every now and again. And so it is with the Maserati Levante GTS, which takes the familiar svelte shape of the Italian brand’s best-selling SUV, and then crams a Ferrari-engineered 3.8-litre twin-turbo V8 under its bonnet. Powerful and practical, then. Price: TBA 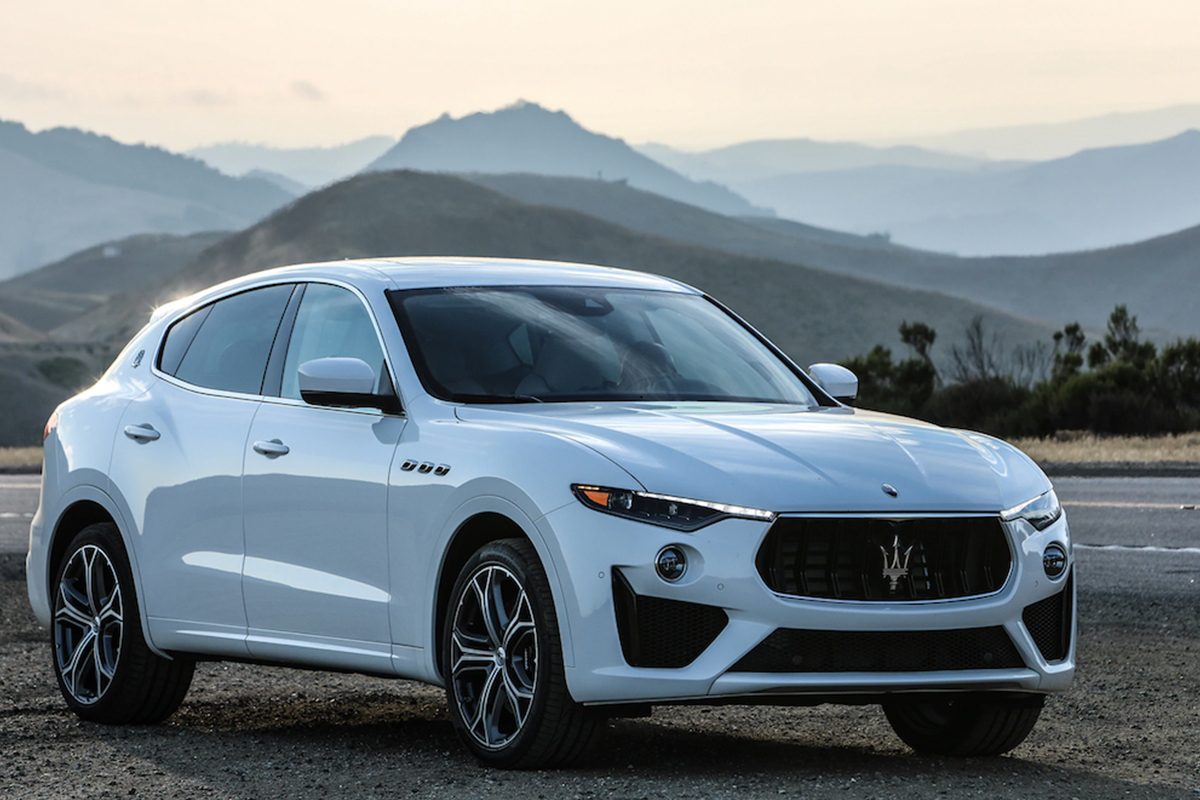 Take an already ferociously fast Aston Martin, then send it to finishing school at the company’s AMR Performance Centre at the infamous Nürburgring in Germany, and you’re left with a very different kind of grand tourer. The potent combination of V12 power and less weight makes the DB11 AMR a fast and furious road-rocket. Price: A$428,000 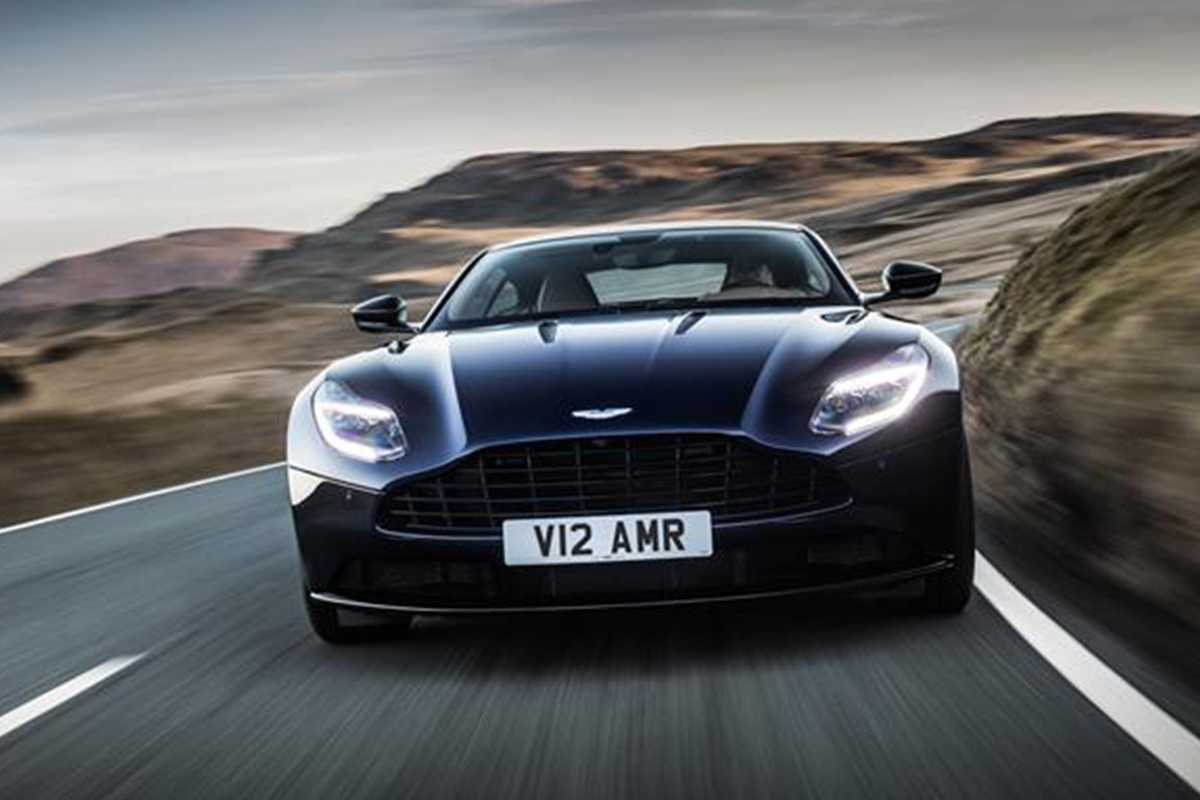 Nothing puts the super in supercar like a pair of flame-spitting exhaust pipes. And when said pipes are mounted not beneath the car, but jutting out from the top of the boot area like sky-facing flame-throwers, they are even cooler. Of course, being able to go all ‘Dracarys’ on command isn’t the 600LT Spider’s only party trick, but it is surely the most eye-catching (and potentially eyebrow-burning). Price: A$496,000 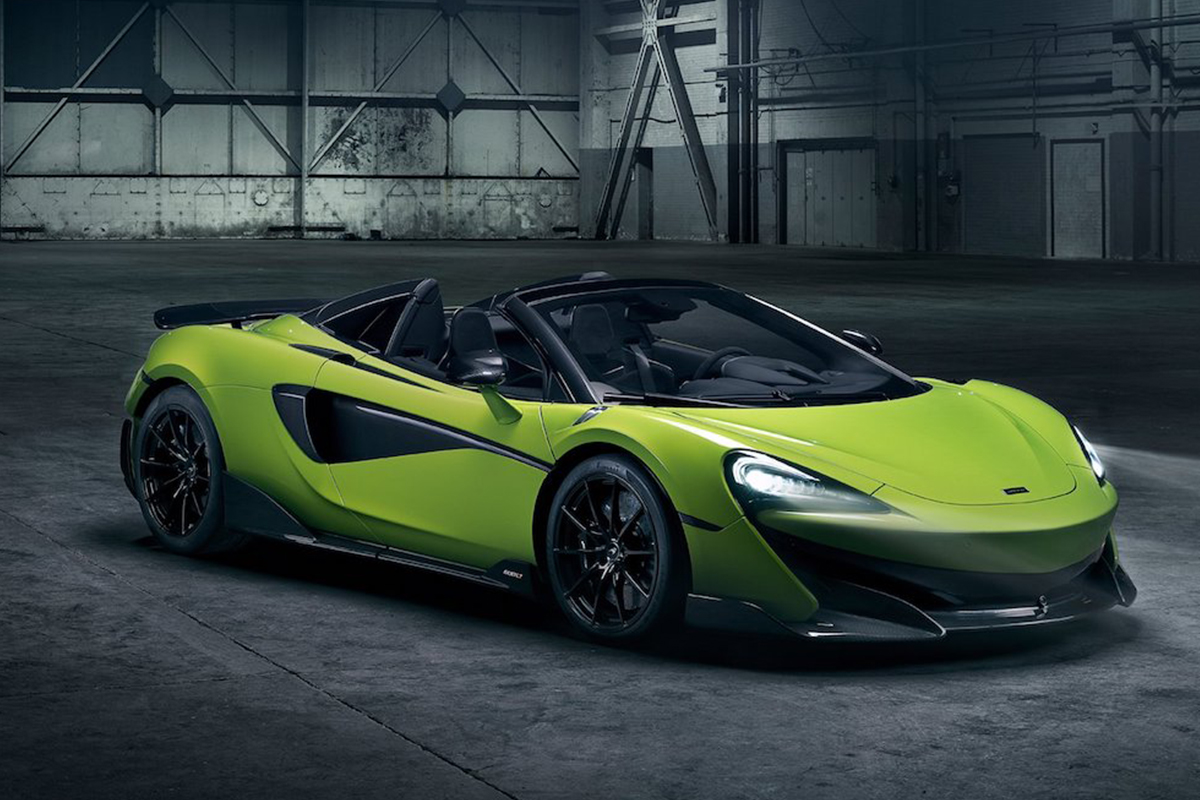 Remember the term “bloody Volvo driver”? Those days are far behind the Swedish carmaker, which has been churning out stylish SUV after stylish SUV. And this newest one, the XC40, might just be the best small SUV currently on sale in Australia. Super spacious, plenty practical, and with a premium look and feel, being a bloody Volvo driver never looked so good. Price: A$44,990 Style is one of those things that’s impossible to manufacture. You’ve either got it or you don’t. And the new Range Rover Evoque has it in spades. It should be impossible to make an SUV look quite this good, but the Evoque somehow manages it, and then doubles-down on the swoon factor with seriously cool cabin technology and genuine off-road ability. Price: A$64,640 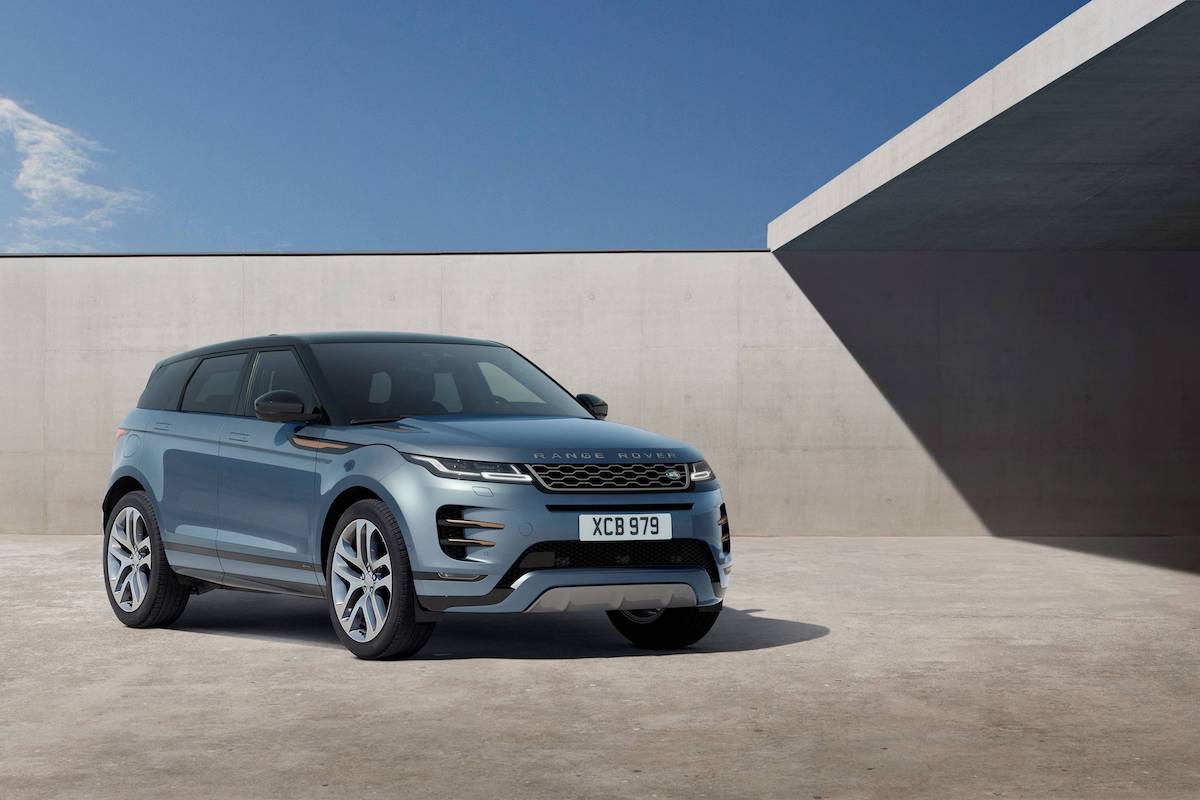 Take Jaguar’s stylish F-Pace mid-size SUV, add a 5.0-litre supercharged V8 engine. Mix well. And stand back. Jaguar’s fastest F-Pace has been a long time coming (it was first revealed back in March 2018), but it has been worth the wait. The booming exhaust note alone will be enough to strike fear into the hearts of leaser road users, but it’s the pin-you-to-the-seat acceleration that will leave you giggling like a lunatic. Price: A$140,000 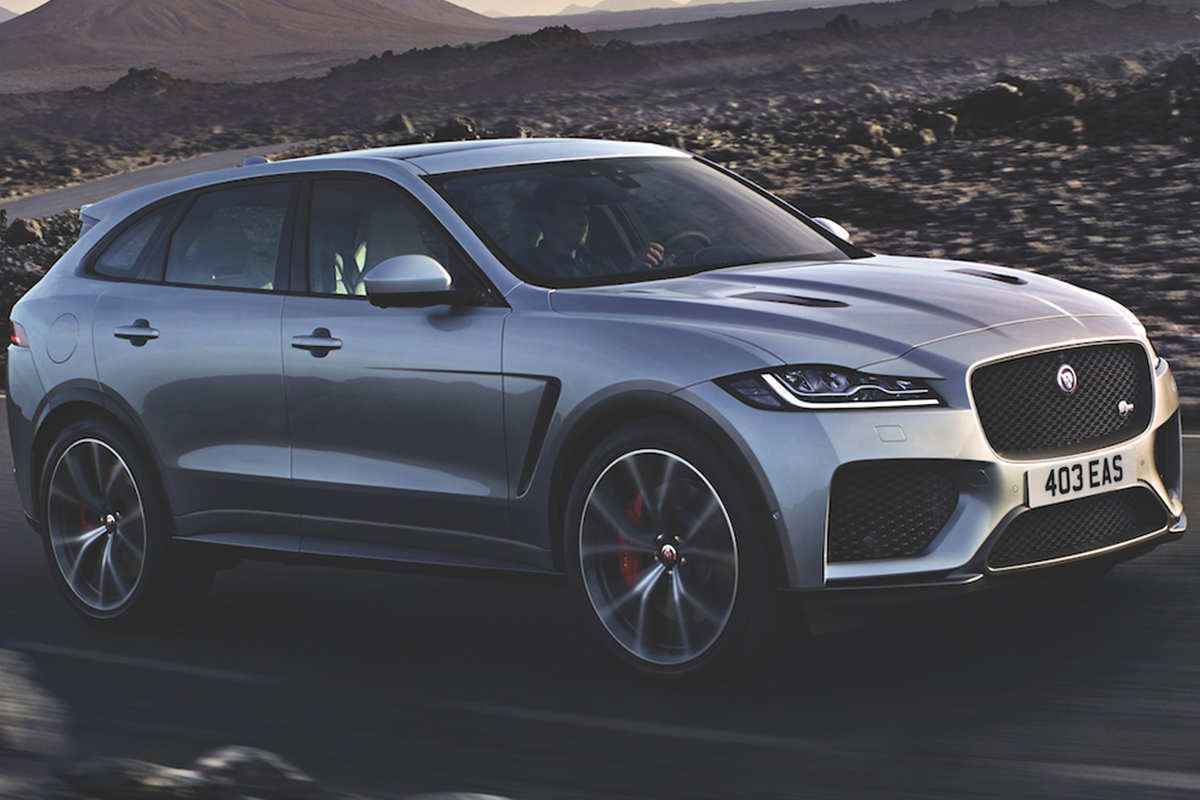 It’s not all efficient motoring over at Mercedes. Because any fuel saved by the EQC electric SUV is more than made up for by this insane take on sensible family transport. The AMG GT 4-Door is among the most powerful Mercs on sale today, thanks to its twin-turbocharged 4.0-litre V8 that will serve up 900Nm of tyre-frying torque. Transforms the drudgery of the school run into something you might actually look forward to. Price: A$349,900 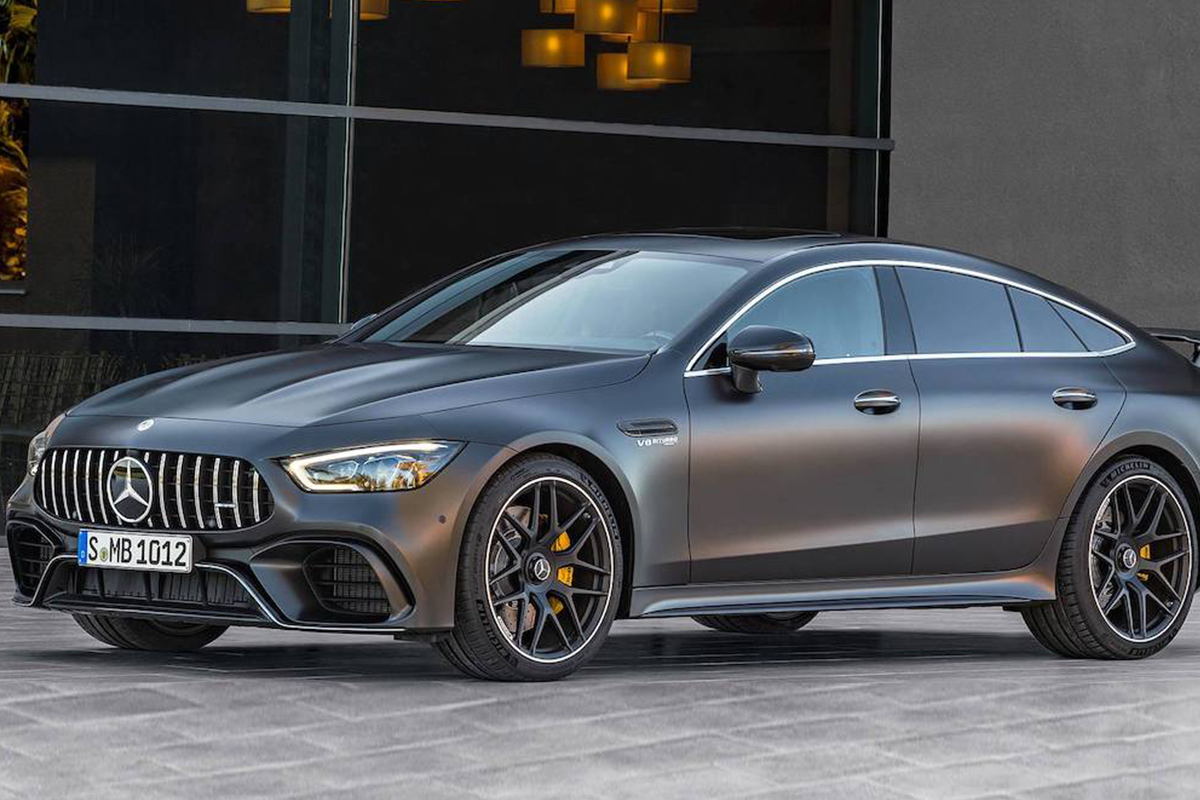